Analyzing Mahito’s Death And Its Impact In Jujutsu Kaisen 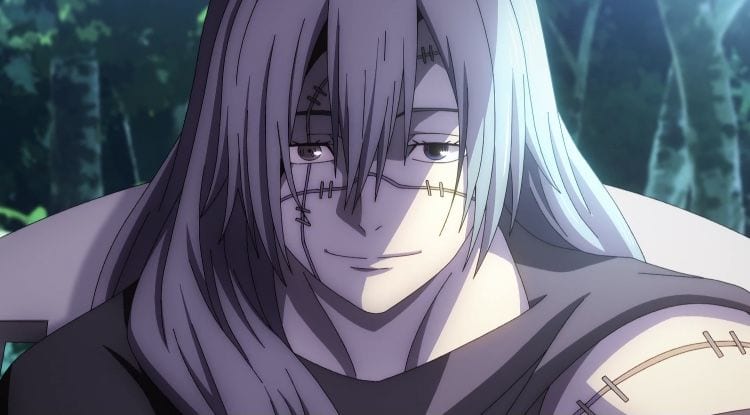 There is no doubt that all of us adore the cast of Jujutsu Kaisen. The heroes are immensely likable for their quirky ways, sure. But even the villains in the series boast incredible characterization. They are vile and malicious but still pique our interest to no end. One such antagonist who has irked us for long is Mahito, the manifestation of humans’ hatred for each other.

He considers Itadori as his ‘mortal enemy‘ and went out of his way to pile damages onto him. And it was vexing that Mahito grew stronger with every battle. Not to mention that he is the root of our anguish, too, by hurting our favorite characters. We all wanted Itadori to end this menace once and for all, didn’t we? But Akutami had other plans for Mahito. What were those plans? And has Mahito really met his end?

Contents hide
Is Mahito dead?
Was Mahito’s end satisfactory?
Impact of Mahito’s death
Mahito’s life and death were both crucial

Yes, Mahito is dead. He died in the Shibuya Incident.

Kenjaku (or fake Geto) killed Mahito by exorcising him. He used Geto’s Cursed Spirit Manipulation to absorb him in his final state. Apparently, he had plans to do so since the beginning, and Itadori made it possible to extract Mahito’s cursed technique easily. More on that later.

It is not explicitly mentioned that Mahito died. However, all the curses that fall victim to Curse Manipulation come under the shaman’s control. And when the shaman uses Maximum Uzumaki, it extracts the technique of the curses. Since Kenjaku also used Uzumaki, we can conclude that Mahito is dead. However, we might (a tiny possibility) see Kenjaku using him as per his will like Geto used curses. Personally, I doubt that something like that is possible after using Maximum Uzumaki.

Right before dying, he was fighting with Itadori and Todo. He had realized the true shape of his soul because of Itadori too. Mahito had always known about Kenjaku’s plans for him (and Jogo) because he was born because of humans. Mahito’s death was a pivotal step in Kenjaku’s big plan of the Culling Game but was it as impactful as the anguish he gave us?

In my opinion, no. Mahito’s end was not satisfactory because of my attachment to Itadori and Junpei. And Nanami. And Nobara. He deserved worse – I remember telling my friends about how he should be ground into a powder. Well.

But I get the poetic side of things too. Mahito’s anticipation of a human behavior coming a full circle was a great sight. He went from toying around with Junpei as his guide to Kenjaku toying with him all this time. An interesting thing to note comes from Mahito’s name as well.

From an amazing thread about the meaning of names by user KugisakiAkeno on Twitter, Mahito’s name has the characters 真人. The explanation of his name is 真: “real” or “true” and 人: “person.” And so, Mahito’s name means “real person.” This meaning is quite relevant to the goal cursed spirits had envisioned for themselves. The leader of their camp was also Mahito, who, ironically, did not care about it after all. Perhaps you could even say Mahito died because he was so uncaring.

Kenjaku killed this “real person” to see the real power of humans. Ironic. It doesn’t change the fact that I wanted Itadori to corner Mahito until he begged for his life, but let’s be real, that was never going to happen. So, while half of me doesn’t accept this death, the other half is overjoyed at how dramatically cool Mahito’s death was.

Whether we can accept it or not, Mahito was a significant character in Jujutsu Kaisen. Let’s talk about that a bit.

Well, he had it coming, didn’t he? Of all the deaths in Shibuya, some were too harrowing while others were quite significant. Mahito’s death was one of the significant ones because it probably altered the face of jujutsu. Needless to say, Kenjaku was the mastermind of it all.

Kenjaku donned the appearance of Geto Suguru to fool Gojo, and he used the cursed spirits as leverage. He made sure to let them do the dirty work for him under the pretense of him guiding them. It was a really intricate plan that only diverged from the curses’ goal at the very end. With all the others dead, Kenjaku absorbed Mahito as well – ending the curses side.

Jujutsu sorcerers fought tooth and nail against the cursed spirits, only for it to end with a simple exorcism at the end. And Kenjaku proved that not all endings are beautiful beginnings.

It is quite insane when you think that Mahito’s death was the biggest key to kick off the Culling Game. Kenjaku had cursed thousands of people like Tsumiki for a long time to prepare the ‘players.’ And that means he was focused on acquiring Idle Transfiguration since that time too to activate the curses. I wonder how Mahito figured out that Kenjaku always wanted to kill him. Moreover, Itadori accidentally caused Mahito’s remarkable growth, helping Kenjaku.

On a bigger scale, perhaps Mahito’s death was the last puzzle piece of misfortune. There were so many things that happened and are yet to happen that a single death can be credited for. One of these things would be the deaths of innumerable jujutsu sorcerers. A huge dent to the jujutsu society, is it not?

And when you talk about Itadori? I am sure he did not see this coming either. As I said before, we really wanted to see Itadori end Mahito, to repay all of his anguish. But that did not happen. However, one can’t deny the significance of Mahito’s life and death in the plot.

Mahito’s life and death were both crucial

Mahito and Itadori were each others’ character foils. They both differed at the most basic level of ideals – one cared incessantly about people and the other saw them as nothing but souls. To Mahito, humans were just like an ant or a mosquito; all of them had souls and the body was merely a reflection of souls. And to Itadori, humans had to meet a proper death. They were different from other beings like curses.

So, it was not just Mahito’s technique not working on Itadori that made them mortal enemies. It was also how different they were in thinking. Mahito was a footstep Itadori HAD to cross in order to become a real shaman. Even Jogo addresses that Mahito is the mirror of death for humans. Just like Sukuna, Mahito is delirious in chasing his selfish desires. He is the exact opposite of the best qualities humans take pride in.

The first clash with Itadori was the beginning of Mahito’s significance in the plot. He is scary as a curse because he grew leaps and bounds, learning more than one could fathom. Mahito’s death was postponed to create the worst possibility ever. Had he died at the hands of Itadori and Nanami, we probably would not have seen Japan in ruins. I can even go as far as saying that Mahito was the real enemy instead of fake Geto or Kenjaku until Shibuya.

Mahito’s death signified the beginning of an almost apocalypse for not just the jujutsu society but also Japan. It left us asking a critical question. Was it better for Mahito to be alive or dead? Yes, as he was alive, he tormented Itadori to great lengths, which is where the question of morals and ethics comes in.

It reminds me of a tale called The Ones Who Walk Away From Omelas, where one person suffers to create a utopia for all. But, yes, how long would this have gone on? In the tale, when the one suffering dies, they are replaced with someone else. It is unimaginably cruel – but would something like that have saved the jujutsu society at all? I don’t think such deontological methods would have worked after all.

All I can say is Mahito is a curse that haunted Itadori in life but also in death. So, what do you think of Mahito’s death? Drop your thoughts in the comment section! 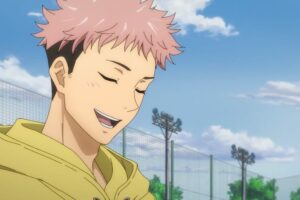 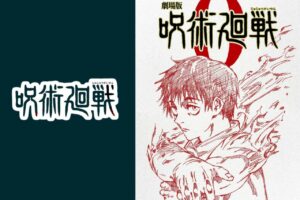