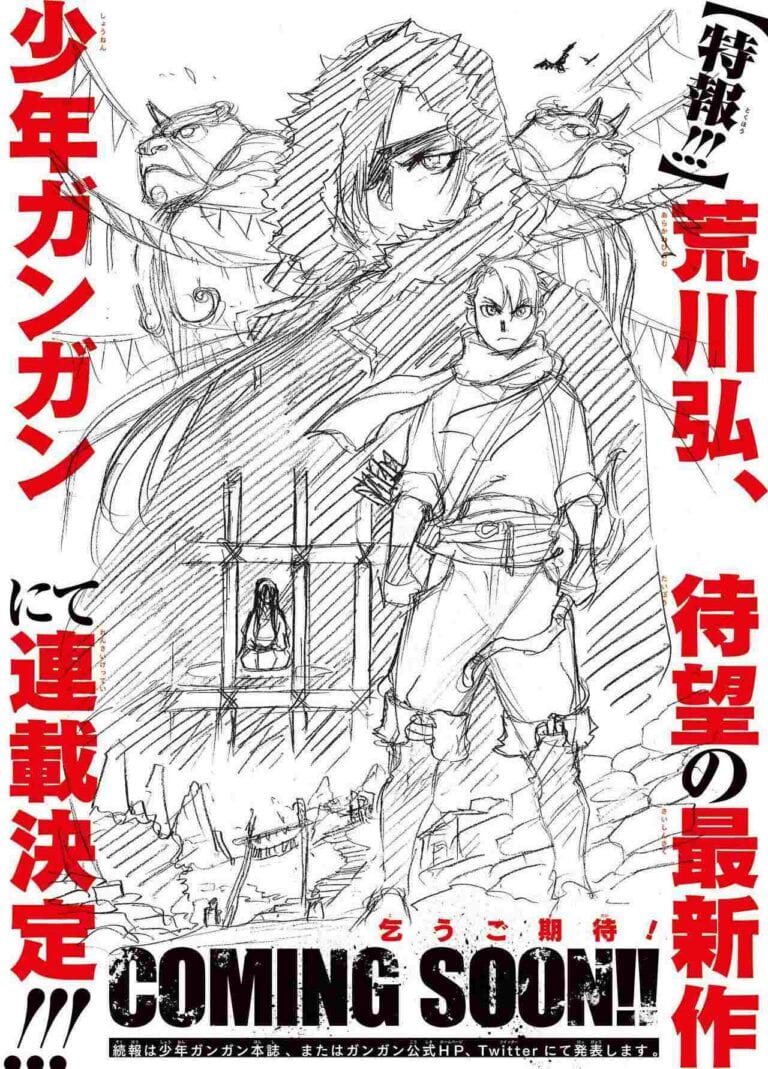 Hiromu Arakawa, the acclaimed manga author behind the popular series Fullmetal Alchemist, has released the first look from her latest manga series.

Through the kindness of leaks, a key visual of Fullmetal Alchemist 20th Anniversary Art Exhibition drawn by Hiromu Arakawa which will take place in Tokyo and Osaka from this December is also available.

Very few details are known about this new upcoming series, but it will reportedly be a fantasy manga set in feudal Japan and will focus on the story of an archer.

The new series will serialize in Square Enix’s Shonen Gangan magazine, the same publication that originally published Fullmetal Alchemist. No release date is available as of now, but the illustration promises that the new manga is “coming soon.”

Hosted by freelance announcer Chiaki Matsuzawa, the special guests of the 20th-anniversary program will be voice actresses Romi Park (Edward Elric) and Rie Kugimiya (Alphonse Elric) will join the program to talk about the appeal and memories of the series. Of course, there is likely to be a section of the program talking about the release of the new manga series.

The next issue of Shonen Gangan, which will release on July 12, will have the full details regarding the new manga project.

However, since the conclusion of Fullmetal Alchemist in 2010, Arakawa has been working on her ongoing adaptation of The Heroic Legend of Arslan manga, which is based on a series of novels by Yoshiki Tanaka. It’s currently unknown if that series will continue once this new manga begins serialization.