MAPPA Responds To The Discussion On Low-Rates Paid To Animators In Japan, Opens Branch Office 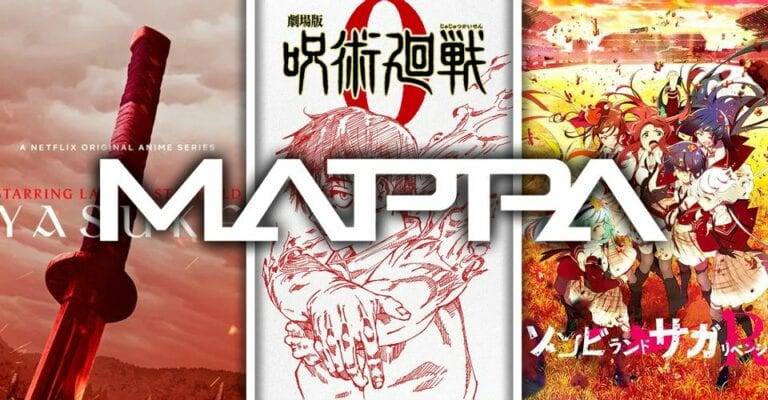 Animator-Director Ippei Ichii on July 2nd explained in a series of tweets that got viral blaming Netflix for paying dirt-cheap rates of 3,800 yen (US$34) per cut, lower than the budget of TV series for producing an anime.

Yesterday, MAPPA responded to those claims, saying that the information was “misleadingly disclosed” which made some of the facts be “taken out of context” and enforce “misunderstandings and speculations” that promoted “unjustified distortion of the truth.”

The full statement posted on MAPPA’s official website translates to:

“We have recently noticed that some internal information about an unpublished work was misleadingly disclosed on social media.

As a result, some of the facts were taken out of context and other information was added based on misunderstandings and speculations, resulting in unjustified distortion of the truth and causing a great deal of inconvenience to our clients and other people involved in the work.

As a matter of fact, the work in question, which has not yet been released, is not a project that we were commissioned to produce by a major platform.

In the past, as well as in the case of this work, we have never forced creators to accept commissions at unreasonably low prices that were not in proportion with production costs.

Since many companies and creators are involved in the production of animation works, conditions are agreed upon between the parties involved and information management is also under strict control.

Especially for works that have not yet been published, there is a risk that the parties involved may be accused of violating the contract and the work itself may be abandoned. We strongly object to such unauthorized disclosure of information and will take appropriate action.

Our company aims to produce the best work possible within the scope of the production costs set for each project, and we will continue to make every possible effort to do so. We will strive to continue to improve the working environment and conditions for each project every day.

Thank you very much for your continued support.”

There is no confirmation from the above statement but the project in question might not be a MAPPA’s previous work more likely it is talking about an anime project they have taken over from a past studio.

Speaking of “improving working environment and conditions”, MAPPA has opened up a new branch studio to be more accommodating to animators, especially for the upcoming TV anime of Chainsaw Man. In this studio, the production of the new titles will take place and it is also to help with the massive increase in the in-flow of projects.

According to the Architecture Photo website, the first two floors have minimal sunlight due to the preferences of animators working in less sunlight to help concentration, while the manager’s floor has some sunlight coming in through smaller windows.

The second and third floors have lounges to help foster relaxation and so staff “could refresh between work.” Meeting rooms separate between the lounges and workspaces to create separate spaces. Wood was used for the work desks and as accents in the lounge areas to help give a relaxing feeling.

In recent years, the shortage of human resources for animators has become serious. The cause is the outflow of human resources to Chinese animation companies and the game industry, which have good economic conditions. In order to secure excellent human resources, it is necessary to improve the work environment, and we emphasized a refreshing lounge space by using warm wood for the desk. In the future, this production company hopes to gather all the branch rooms on a large site along the Chuo Line to create an animator’s village full of nature and to add shops and cafes that fans can visit.

From the text by the architect