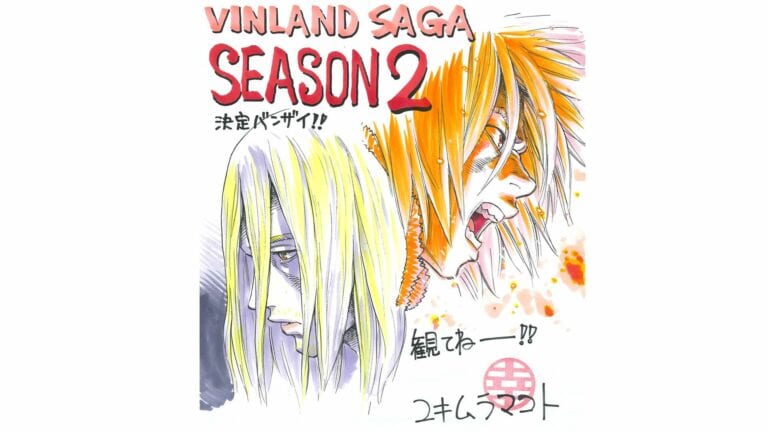 The official Twitter account of the TV anime Vinland Saga started streaming a trailer video on July 7th in commemoration of the “Vinland Saga 2nd Anniversary”. The trailer confirms that the production of the second season of the Vinland Saga series is in progress.

The official website has also released a new key visual for the upcoming season of Vinland Saga.

Sentai Filmworks describes the story as:

Raised on tales of the legendary land of Vinland, where warmth and plenty abound, young Thorfinn dreams of leaving behind the cold climate of Iceland and venturing into the great unknown. But when Viking sails appear on the horizon, the young boy is conscripted into a life of violence and brutality at the hands of merciless Viking Askalaad. With nothing left to him save revenge, Thorfinn swears vengeance against the man who slew his family, plunging headlong into a sprawling, blood-soaked, coming-of-age epic that marches to the drums of war.