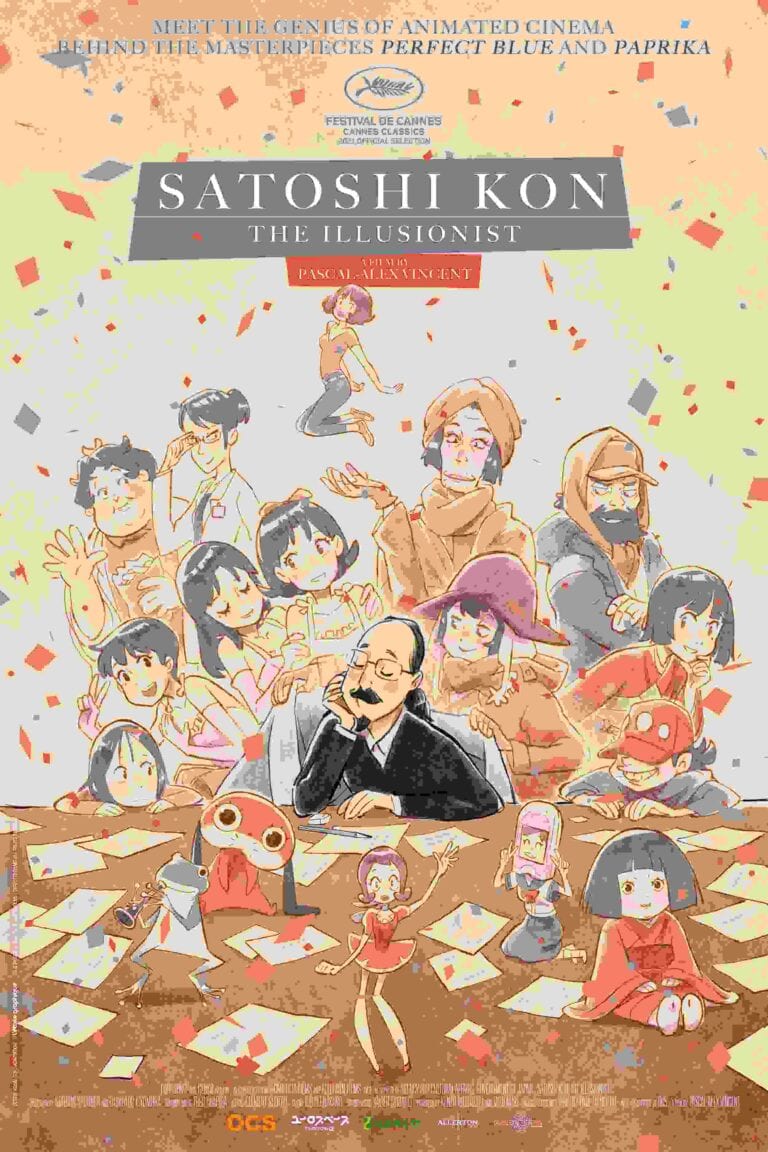 Charlotta Films began streaming a trailer for this upcoming documentary.

The official poster of “Satoshi Kon: The Illusionist” is based on a tribute drawing that Kosal already made 10 years ago, featured in Catsuka / Japan Expo “A Tribute to Satoshi Kon” exhibition.

The Cannes Film Festival aka Festival de Cannes 2021 will take place from July 6-17. Eurospace and Genco(Tokyo) in collaboration with Carlotta Films will present the film in the “Cannes Classics 2021: the documentaries” section of the festival.

The documentary will be a dive into the extraordinary work of director Satoshi Kon by Japanese cinema specialist Pascal-Alex Vincent. With interviews with the greatest Japanese, French and American directors inspired by his work.

The documentary was supposed to be released in Summer 2020, and Carlotta film also unveiled a teaser video which was later taken off the web. However, the film’s release window was not yet confirmed at the time due to the new coronavirus disease (COVID-19) situation.

Pascal-Alex Vincent(Candy Boy) is a multi-hatted author. The latter is a French director and screenwriter who has notably devoted his career to the distribution and discovery of films from classic Japanese cinema. He collaborates on their DVD edition for which he writes booklets or produces supplements. Since 2000 he has focused on directing, within 2016 the publication of a book entitled “Dictionary of Japanese Filmmakers”, also released by Carlotta Films.