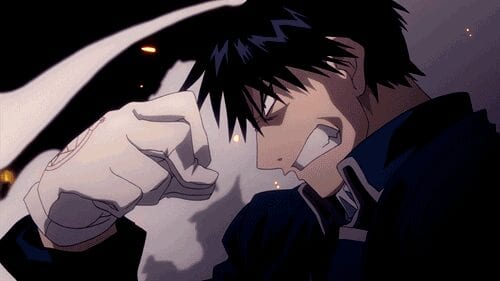 In a recent interview, Hiromu Arakawa admitted that she wasn’t sure about ‘how much punishment she should pile on Colonel Roy Mustang, who decided to take responsibility for the war crimes in Ishval at the end of the series.’

The statement was made when Hajime Isayama and Hiromu Arakawa, the mangakas of Attack on Titan and Fullmetal Alchemist, were exchanging their feelings regarding the ending of their respective series in the July issue of Bessatsu Shonen Magazine which released on June 9,

Near the end of the interview, Arakawa brought up this very interesting point about Roy Mustang saying how perplexed she was about his character’s fate at the end. She made Roy Mustang take a self-destructive path as his atonement for what he has done and she thinks it was the right thing to do.

The interview started off with what they thought when they read each other’s manga for the first time. Arakawa was quick to mention the iconic scene of the Colossal Titan looming over the walls and Isayama told that it was because of The Heroic Legend of Arslan, he got into Persian history.

Furthermore, Isayama also talked about his research process that went in making Attack on Titan so great. He revealed that the 3D Maneuver Gear was apparently inspired by a weapon from Mega Man Legends or Mega Man 64 (called Rockman Dash in Japan), the novel Clouds Above the Hill by Shiba Ryotaro gave him the idea of doing something in a 19th century-style setting, The Village by M. Night Shamalan was the inspiration behind the dynamic between Paradis and Marley, as well as lots more.

In reply to how Isayama felt about his manga’s ending, he remarked that he felt ‘empty’ now that his work was over after twelve years. To this Arakawa agreed that she too felt agonized over how to successfully pull off Fullmetal Alchemist’s ending.

Both Arakawa and Isayama turned out to be the best in their respective decades, although there is a fair bit of overlap between the rise of Attack on Titan and the zenith of Fullmetal Alchemist’s popularity. While Hajime Isayama recently ended his best-selling series in Bessatsu after twelve years, Arakawa is still adapting Yoshiki Tanaka’s The Heroic Legend of Arslan novels into manga form.

The interview ended successfully with these two creators who gave the fans a momentous occasion, offering readers several interesting glimpses into how they work.