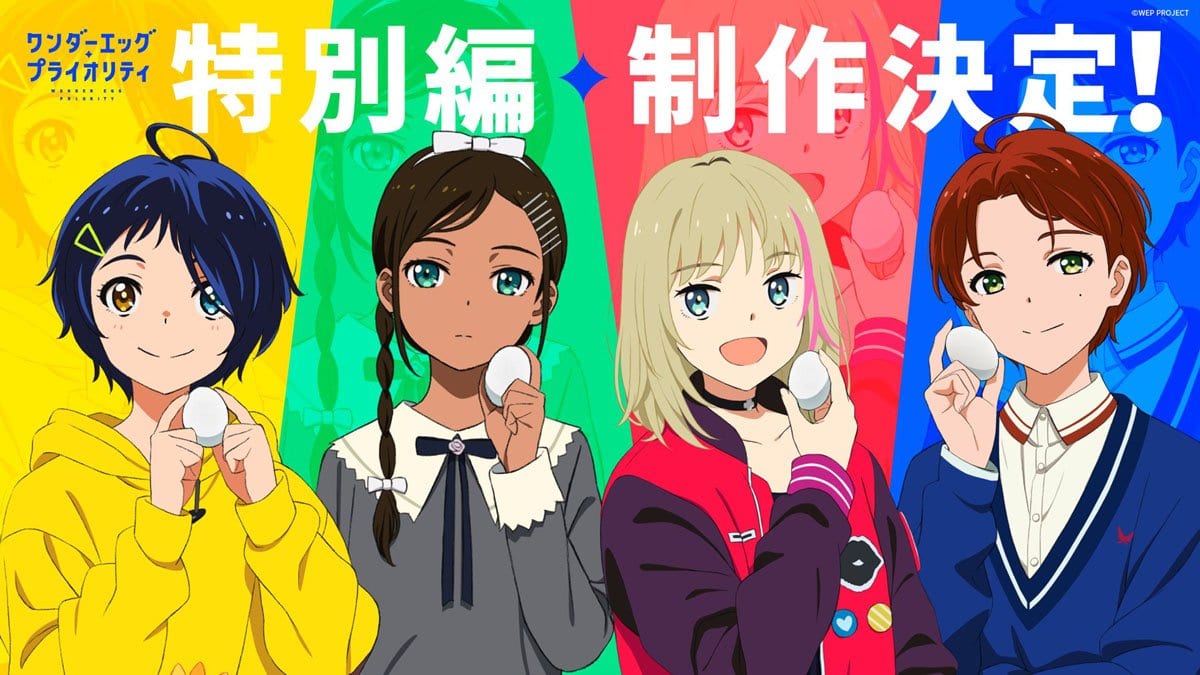 Wonder Egg Priority aired during Winter 2021 season. However, due to production issues, episode 8 was a recap, leaving the series on 12 episodes. The announcement for the special final episode came this March. This episode will complete the story and finish the season 1 storyline. There’s still no news about a potential sequel.

Wonder Egg Priority is an original Japanese anime television series created and written by Shinji Nojima, directed by Shin Wakabayashi, produced by CloverWorks, Aniplex, Nippon Television, and D.N. Dream Partners, with character designs by Saki Takahashi. It aired on Nippon TV and other channels from January to March 2021

Funimation licensed the series and describes the plot as:
The aforementioned Ai scored a “Wonder Egg” from a gachapon machine at a deserted arcade. But when Ai falls asleep and a girl (!) emerges from her Wonder Egg, the worlds of dreams and reality begin to collide. And it’s all connected.