Evangelion: 3.0+1.0 Gets Rebuilt Version In Japanese Theaters For ‘Last Run’ 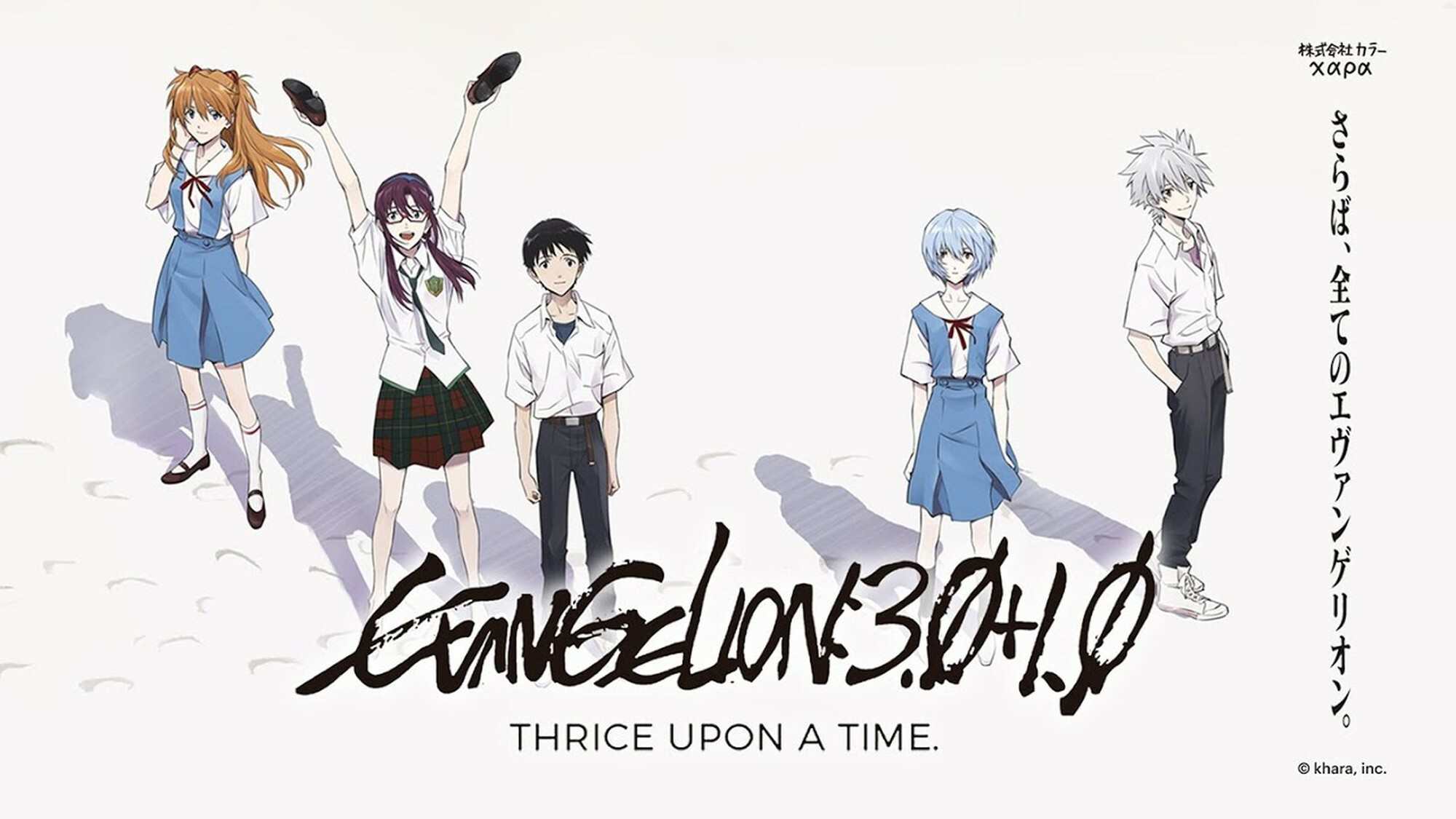 The official website for Evangelion: 3.0+1.0: Thrice Upon A Time, the “final” Evangelion film, revealed on Monday that the film will have a new version “EVANGELION: 3.0 + 1.01”. After becoming the highest-grossing film in the franchise as well as Hideaki Anno’s highest-grossing film ever, the film has a few more “minor revisions” for fans of the franchise that will start on June 12.

Evangelion 3.0+1.01 screenings will be starting in all regular theaters in Japan that are still showing the “final” Evangelion film. The film doesn’t contain any new story elements, and only as some cleaned by animation and minor corrections. The IMAX, 4DX, and Dolby versions of the film screening in Japan will continue to be the 3.0+1.0 version.

In addition, participating theaters nationwide will begin handing out a limited number of one million copies of a 36-page “EVA-EXTRA-EXTRA” pamphlet on Saturday. The pamphlet features a new cover illustration by animator Atsushi Nishigori and a manga by the staff about a previously untold account leading up to the third film. Six theaters in Japan including T-Joy Yokohama will begin running Dolby Cinema screenings on June 12th.