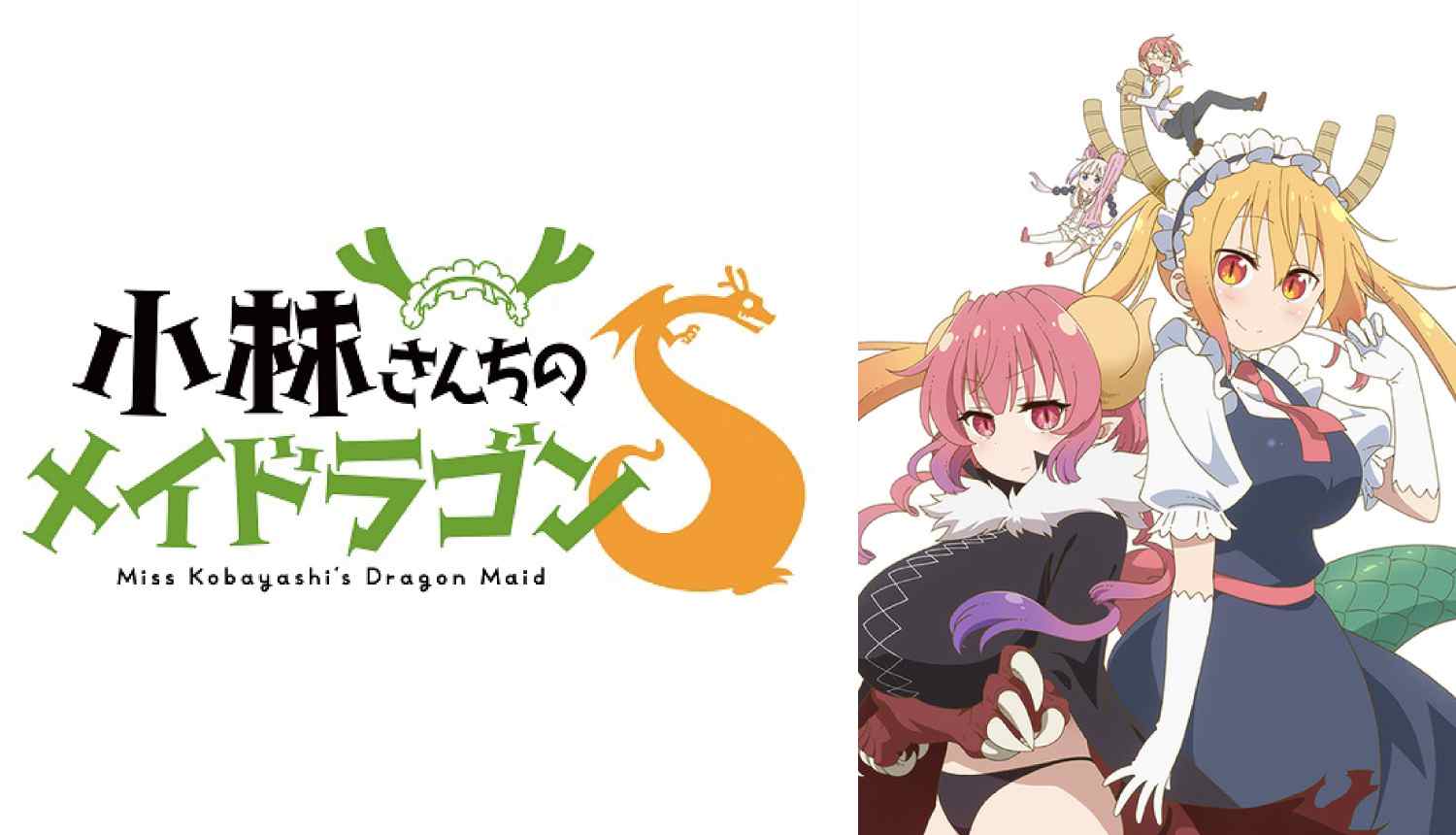 Kyoto Animation has also released the second key visual for the second season of the anime series.

In addition to the detailed broadcast information, a pre-screening of the TV anime featuring Mutsumi Tamura as Kobayashi, Yuki Kuwahara as Tohru, and Maria Naganawa as Kanna will take place on June 27 in Tokyo.  Miss Kobayashi’s Dragon Maid S Short Animation Series, a series of weekly shorts from the anime is on air until the second season begins.

MAL describes the plot as:

As office worker and programmer Kobayashi gets ready for work, she is greeted by a large dragon right outside her front door. The dragon immediately transforms into a human girl in a maid outfit, and introduces herself as Tohru. It turns out, that during a drunken excursion into the mountains the night before, Kobayashi had encountered the dragon, who claimed to have come from another world. Subsequently, Kobayashi had removed a holy sword from Tohru’s back, earning her gratitude. With Tohru having no place to stay, Kobayashi offers to let the dragon stay at her home and become her personal maid, to which she agrees.

Despite being efficient at housework, Tohru’s unorthodox methods of housekeeping often end up scaring Kobayashi and bringing more trouble than help. Additionally, Tohru’s presence attracts other dragons, gods, and mythical beings to her new home. One of these dragons, Kanna, shows up at Kobayashi’s door, demanding that Kobayashi return Tohru to the other world. It is then revealed that she’d been exiled from the other world, and having nowhere else to stay, Kobayashi takes her in and becomes her guardian. As both Tohru and Kanna settle into the human world, Kobayashi starts to think of them as family.