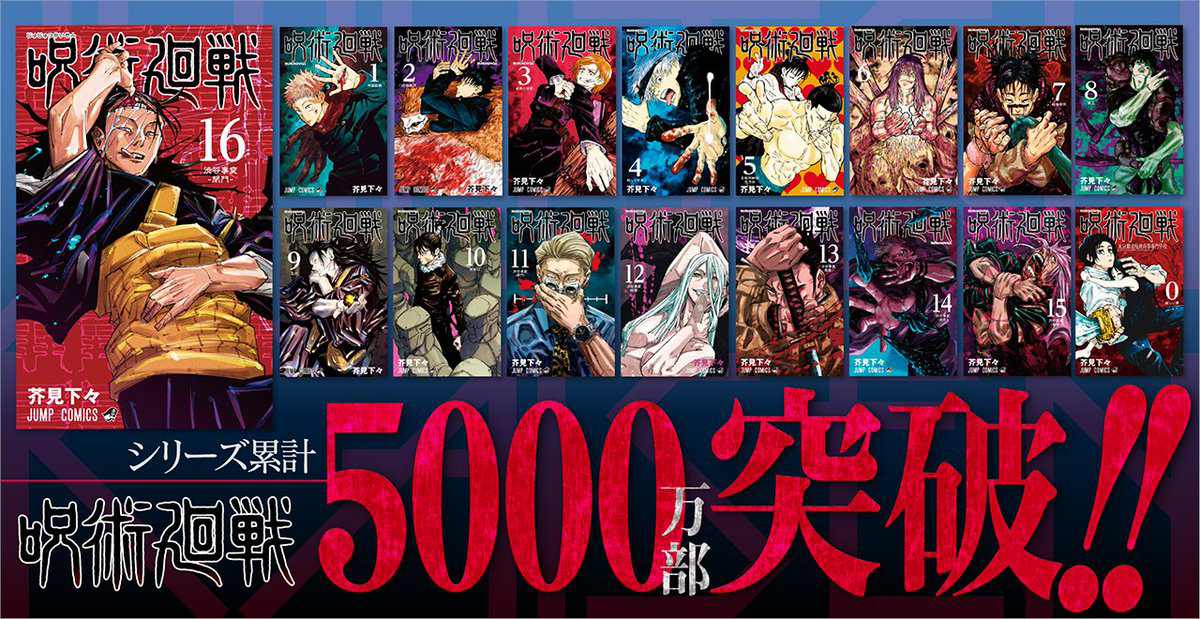 A report from Shueisha confirmed that the cumulative circulation of Gege Akutami’s “Jujutsu Kaisen” manga series, including print, digital version, and unsold copies, has exceeded 50 million on 31st May 2021, Monday. They have also announced the upcoming 16th Volume on June 4th,2021 to have a whopping 2million copies on their initial run.

The first edition of the 15th Volume which released on March 4 was alone about 1.5 million copies — the first time that any of the manga’s volumes has had more than 1 million copies in its initial run. The cumulative circulation recorded before the animation was 8.5million. And after the broadcast of the TV anime in October 2020, the popularity of the manga rose exponentially up to 5.9times in half a year while the total circulation rose 11times in one year.

In commemoration of this big hit, the special website “Shibuya Incident Nokei” will be released at 11:00 am on June 1st. On this site, users can relive the “Shibuya Incident” drawn in Volumes 10 to 15 (Chapters 82 to 133) in chronological order from the perspective of each of the four characters: Gojo Satoru(June 1st), Megumi Fushiguro(June 2nd), Nobara Kugisaki( June 3rd) and finally Yuji Itadori(June 4th)

The 18th volume of the manga will have a bundled acrylic stand calendar of 2022 and 32 types of character charms. The price is 3850 yen(including tax). While the 19th volume will bundle five objects from the manga’s Shibuya Incident arc and a series of “on-the-scene photos” taken from panels of the manga. The price is 4620 yen (including tax). The reservations for the special editions have started through pre-order production from May 31st – August 6th 2021.