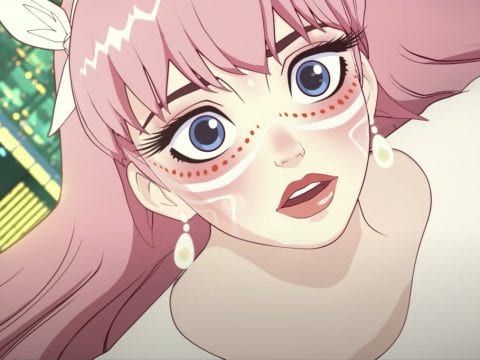 Studio Chizu revealed 5 additional cast members of Mamoru Hosoda’s upcoming movie “Belle”. They will voice the “Ryusoba” choir team. The members of the choir group watch over the protagonist, Suzu, like a parent would.

The newly announced cast includes (pictured above from left to right):

Previously, most of the main staff for Belle were revealed with a new Key Visual. Mamoru Hosoda is directing and scripting the film, and has also been credited for the original work. This film will release in Japan on July 16, 2021, marking Studio Chizu’s 10th anniversary.

“Ryu to Soba Kasumi no Hime” depicts a 17-year-old high school girl, Suzu, who lives with her father in a depopulated rural town of Kochi. Suzu lost her mother in an accident and has a big wound in her heart. She enters the huge Internet world called “U” and joins with an avatar name Belle. As she continues to showcase her own music in the virtual world, she fast becomes the rising star of “U.”