This is the 2nd Key Visual of the second cour. 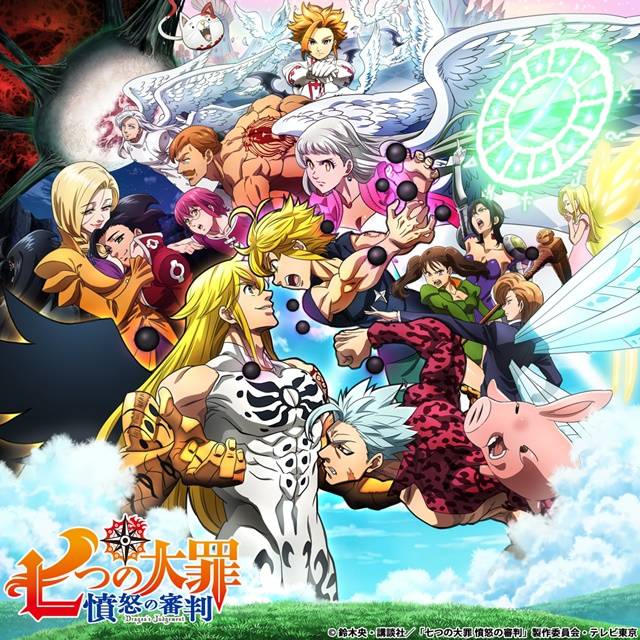 In addition, they also streamed the non-credit opening and ending theme songs for the show. Sora Amamiya’s “Eien no Aria”(Eternal Aria) is the opening theme. And UVERworld’s ending theme, “NAMELY” has been revealed.

TV anime “The Seven Deadly Sins: Dragon’s Judgement”, began airing from January 6, 2021 on TV Tokyo Network and on BS Tele East. The second cour of the anime premiered in April and the songs debuted from the 13th episode. The series will stream on Netflix later this year.

MAL explains the plot as follows;

Nanatsu no Taizai follows the adventures of Elizabeth, the third princess of the Kingdom of Liones, and her search for the Seven Deadly Sins. With their help, she endeavors to not only take back her kingdom from the Holy Knights, but to also seek justice in an unjust world.