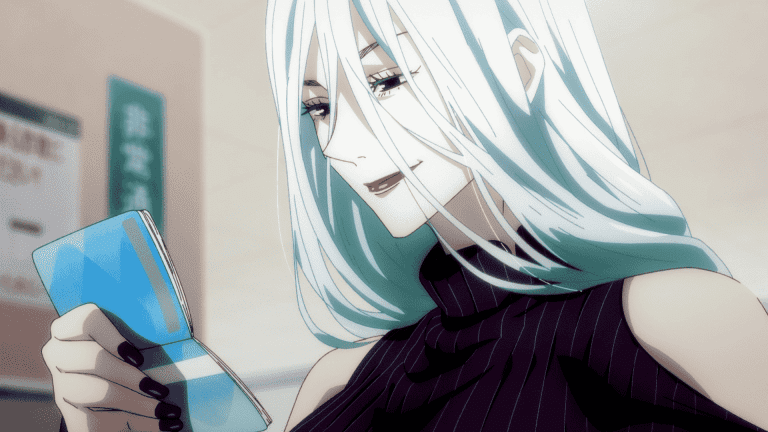 Mysterious and charming Mei Mei left us all enthralled by her short but memorable appearances in the anime. A head strong and financially motivated Grade 1 sorcerer, Mei Mei being trusted with overseeing recommendations was telling enough of her skill. If her mentioning “crows” and using them as surveillance did get us curious, but its not until the events of Shibuya Arc when we see her in her full glory.

In this article, let’s look at Mei Mei’s Black Bird Manipulation Cursed Technique in-depth and try to understand how it works! While you are at it, you can also check out our guide to cursed techniques.

What is Black Bird Manipulation?

Black Bird Manipulation is an innate cursed technique that allows the user to control crows. This is of course, is done by putting one’s cursed energy into the birds. This gets them under the user’s full control, as we see just how willing they are to do anything for Mei Mei.

Furthermore, a striking quality of the technique is sharing vision with the crows. The user can do so and use the birds for surveillance. If the control over the birds the user already has wasn’t fascinating enough, the extension technique takes it to another level!

However, this technique hasn’t always been this strong. Mei Mei mentions that it comes off as “weak”. With the belief that cursed technique isn’t the only indicator of a sorcerer’s prowess, she worked herself to her physical limit. However, she realised there is a limit to how much it can grow. She then mastered her cursed technique because of this. Now, she is not only great at physical combat, but her technique is super strong too!

But wait, it only gets better!

Since crows are usually weak (as Mei Mei mentions), this technique pushes them to their limit. Quite literally. It fills the crow with cursed energy and directs it towards the target. This actually forces the bird to commit suicide! This attack is sharp and finishes off the target in one hit. It is mentioned that no one has ever dodged a Bird Strike attack.

Other than Gojo Satoru, of course.

Let’s now see how Mei Mei uses her cursed technique and its extension!

During the Kyoto Sister School Goodwill Event, Mei Mei uses her crows to survey the grounds to keep tabs on the students. In Chapter 86, she uses crows for surveillance to look through the curtain and figure out the points of conflict. She tells Yuji that mutated humans are attacking civilians in BF4.

The Smallpox Deity was a special grade curse that had given Mei Mei and her younger brother Ui Ui quite a challenge. However, with their quick thinking skills and Ui Ui’s devotion to his sister, they managed to reach the decisive part of the fight. She then used Black Bird Manipulation: Bird Strike to hit the curse from the back and exorcise it.

How Strong is Black Bird Manipulation?

The biggest strength to the technique is Mei Mei herself. Her dedication is what has actually made the cursed technique so deadly.

Moreover, her sharing visions with the crow makes for a great scouting tool. There are very less techniques that would allow the user to do so. With this, Mei Mei could look out for herself in an average battle and move accordingly. Her technique is also great for stealth missions. It is not hard to imagine just how useful this must have been for her!

About Bird Strike, the most prominent point is its fatality. There is only one person who has ever dodged it, which speaks for itself. As seen in the fight against the Smallpox Deity, this extension technique is a crucial divisive attack for a battle.

Firstly, the technique lacks flexibility. Other than the Bird Strike and the surveillance, there is not much to her technique. While Mei Mei has shown us that she doesn’t need different extension techniques to win, it does make you wonder why is there so little for her technique.

Secondly, crows as surveillance can be a gamble. In chapter 86, despite giving the locations, Mei Mei mentions that since what she is seeing is through secondary vision, she cannot guarantee full accuracy.

Lastly, and the most obvious one is that her crows can be killed. Her crows did get killed between B1F and B2F, leading to her not being able to find where Mahito is. This drawback could prove detrimental in many cases unless she has enough back ups.

With that out of the way, there is no denying that the weaknesses don’t really hamper her current status much. If she has achieved so much with a moderately flawed technique, it just highlights her talent and her comfort in using her technique in and out.

What do you think about Black Bird Manipulation? Would you want to see more of it? Let us know in the comments!