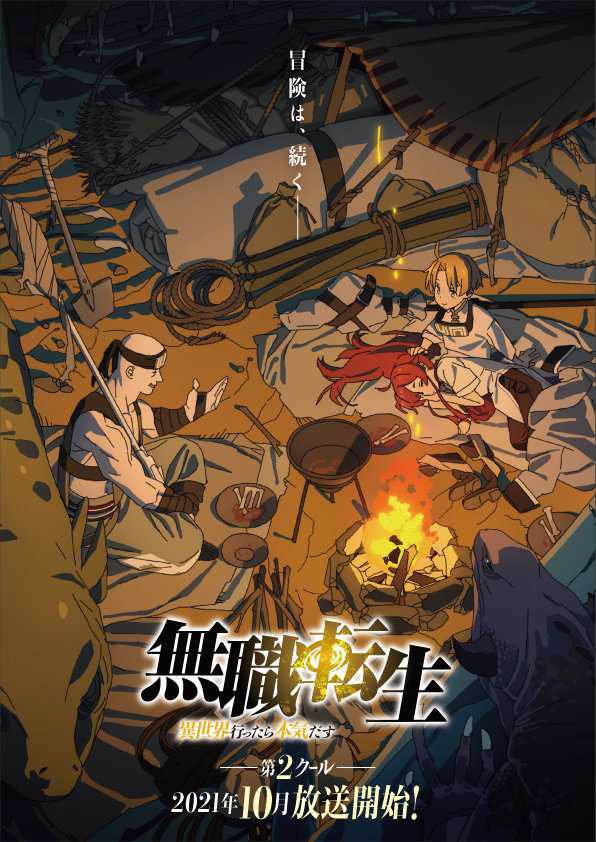 The official Twitter account of Mushoku Tensei announced today that the second cour of the series will premiere in October 2021. It was originally supposed to air in July 2021, but due to various reasons, the cour was postponed.

The tweet also revealed a new key visual to commemorate the announcement. The visual shows a campsite with the protagonists Rudeus, Ellis, and Louis Geld. Studio Bind is animating cour 2 of Mushoku Tensei Season 1. Director Manabu Okamoto will be returning in the 2nd cour as well.

Funimation streamed the first part of Jobless Reincarnation: I Will Seriously Try If I Go To Another World. The story follows a 34-year-old man who is killed after trying to save someone from getting hit by a car. He soon finds himself reincarnated in a magical world as Rudeus Greyrat. Due to his life resettting, Rudeus starts as a baby in the new world. With all of his knowledge from his previous life, and a new helping of magical ability, Rudeus quickly becomes a formidable warrior ready for adventure. Oh, and he’s still a total pervert.