Skip to content
Home » Series » Boruto » Is Delta Stronger Than Naruto in Boruto?

Is Delta Stronger Than Naruto in Boruto? 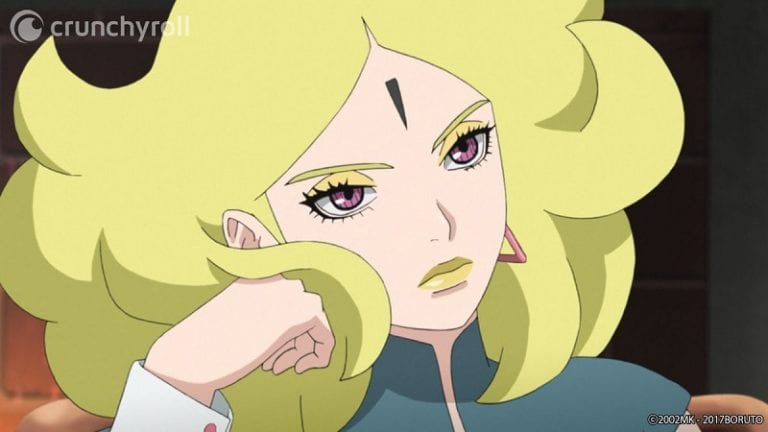 Episode 198 of the Boruto: Naruto Next Generations anime has boosted the anime hype train! Boruto fans have been hyping up the series since the start of the Kawaki arc and for a completely valid reason! The latest episode worked as a nitro boost after ending with a cliffhanger; leaving the anime-only fans to have only one question in mind, is Delta stronger than Naruto?

We’ll answer the question in detail after providing a brief insight on the context of this fight for the Boruto fans who might’ve missed a few things. So without any further ado, let’s get right into it!

Note: The article contains major spoilers from the manga, read at your own discretion!

Contents hide
Who is Delta in Boruto?
Is Delta Stronger than Naruto?
What are Delta’s powers in Boruto?
Who Wins Naruto Or Delta?
Conclusion:

Who is Delta in Boruto?

Delta is one of the inner members of the Kara organisation. It goes without saying that she is quite strong. After Kashin Koji entered Konoha easily and warned her about doing the same as her chakra isn’t registered in Konoha’s database, she became frustrated as Koji wasn’t going to bring Kawaki back immediately. However, Delta could not accept this and hence, she forced her way into Konoha and was ready to kill Naruto, in order to take Kawaki back.

As you’ve seen, she is quite cocky and confident. But, is she really stronger than Naruto as she shows herself to be? Let’s find out!

Is Delta Stronger than Naruto?

The direct answer is No. While she certainly is strong, she just can’t stand up against the strongest shinobi of all time.

“Oh, but look at how she’s giving Naruto such a hard time! Kawaki had to protect him! He has been nerfed!”. Well, you’re wrong.

Before we go through how the fight concluded, let’s analyze Delta’s powers and form our own opinions on the topic!

What are Delta’s powers in Boruto?

A Cyborg: Delta is super strong, as Amado has scientifically modified her body to the point that she’s a cyborg. These modifications basically make her similar to Kawaki at this point, she can convert any part of her body into a weapon of her choice.

Taijutsu: She is also an expert in Taijutsu, being able to hold her own against Naruto. The Hokage couldn’t let his guard down, as she is both agile and strong.

Drone: She also has a drone connected to her consciousness, which gives her a birds eye’s view during battle. She used this a lot against her battle with Naruto; where she used this drone to locate the Seventh Hokage and others. The drone also saves all of her information, meaning that she can simply change her body and continue living.

Ninjutsu Absorption: If this wasn’t enough, she has the ability to absorb ninjutsu using her eyes! When modifying her body, Amado also gave Delta a pair of eyes similar to the Otsutsuki clan’s dojutsu, allowing her to absorb chakra. As we saw in episode 198, she managed to absorb both Naruto and Boruto’s Rasengan with these eyes!

However, her eyes have limits too as they store the absorbed charka inside Delta’s body!

Destructive Beam: Finally, let’s talk about her final power, the “destructive beam”. This attack allows Delta to fire a super-powered beam, which is strong enough to overpower the strongest regenerative abilities! This beam is her only true shot against Naruto, as this attack will permanently damage him. This beam requires a lot of chakra, so Delta usually uses the chakra she has absorbed to use this attack. Again, this is very similar to how Otsutsukis used to fight.

It should be apparent by now that Naruto is just too strong for Delta to handle alone, and the fight between the two seems to be a close call for only one reason, the children and the village. Delta and Naruto are fighting inside the village, and Kawaki, Boruto and Himawari are too close to them for Naruto to go all-out.

In fact, Naruto is so strong that he was in complete control during the course of the fight.

Kawaki picked up on this as well, you must remember him telling Boruto that the Hokage is holding back to ensure the safety of his children and the village.

Nonetheless, anything goes in love and war, right? That’s exactly how Delta has a shot against Naruto, and she knows that too! That’s why she uses Himawari as bait to make sure that her attack hits Naruto, but Kawaki intervened! Since this is where the episode ends, you must be wondering what happens next, right? And who actually wins the battle? Well, it’s obvious who will win. But still, we will say it out loud.

Who Wins Naruto Or Delta?

As you would expect, Delta’s actions made Naruto furious. He warned her to not lay a single finger on his children, yet she crossed that line. Enraged, Naruto decided to show what the Hokage is really made of! He completely overpowered her using his Giant Rasengan to the point that her destructive beam and ninjutsu absorption abilities stopped working! As her last resort, she self-destructs to protect valuable information about Kara. While she does manage to live another day after her drone transfers her data into a new body, her life didn’t last for long. Thus, giving Naruto an obvious win.

As we said before; she was strong enough for Naruto, to stretch after signing hundreds of papers sitting in his office, that is. While Delta would’ve been too much to handle for most shinobis, Naruto is just a completely different being, a monster, as Delta said herself. His children and the village were the only reasons for Delta’s survival for so long. If Naruto were to fight her as he fought Momoshiki Otsutsuki, then the fight would’ve lasted for about a strong 5 seconds.

So, what are your thoughts? Was this “nerf” to Naruto too much or is it understandable? Do you still think is Delta stronger than Naruto or any other Kages? Let us know in the comments below!