You either didn’t watch the film, or are in denial because why would you ask this? Read the blog to know if Rengoku’s death was really necessary in Demon Slayer! 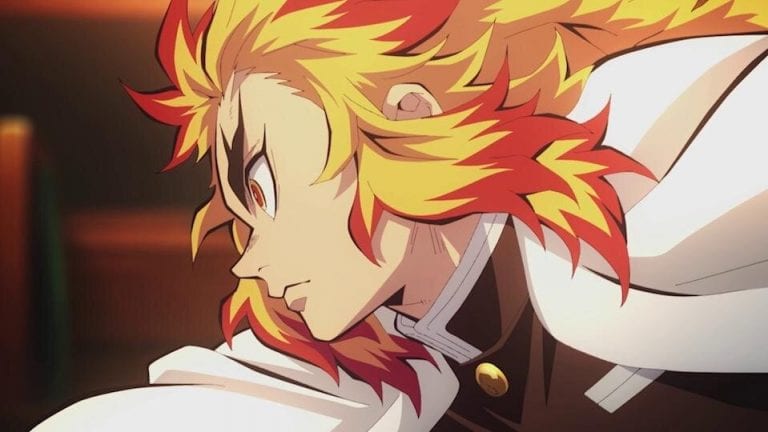 With his fiery get-up and boisterous personality, Rengoku Kyojuro already piqued the interest of Demon Slayer fans. With the advent of the first film in the franchise, Demon Slayer: Mugen Train, everyone was ready to see this already fan favourite Flame Hashira in action. However, seeing him came at a great cost.

If determination manifested into a person, it would be Rengoku Kyojuro. Even the fieriest fires look like dwindling ones in front of his will and ideals, and that is what makes him so special. On the other hand, his obsession with food and the brotherly love he showers on our boys automatically makes him a character that we all cherish.

Its not an exaggeration to say that the movie not only broke records, but our hearts as well.

(You either didn’t watch the film, or are in denial because why would you ask this.)

Previously, Rengoku used his skills to protect five of the eight carriages in the train. Showing us just how efficient he is, he establishes himself as a reliable ally. However, with the death of Enmu, came a more formidable enemy. Akaza looked like someone who couldn’t be messed with, right from the get go.

Akaza is impressed with Rengoku’s strength, trying to encourage him to turn into a demon. After Rengoku shoots down the request, the demon unleashes more of his power and they’re both locked in an intense battle. It was so quick, that Tanjiro and Inosuke could not even see them fight properly. Though dealing some damage to Akaza, who regenerated quickly, Rengoku falls shorts and gets impaled by the demon.

It was no less than shocking to see Kyojuro succumb to his injury when everyone had their hopes pinned on him. Moreover, his last words and the tender moment of his past with his mother made his death even more heartbreaking than it already was.

The impact of Rengoku Kyojuro’s death

Throughout the course of the film, we see just how close Rengoku starts to get with the trio. Tanjiro, Inosuke, and Zenitsu even affectionately call him “aniki”or big brother. This puts us under the impression that the Flame Pillar would be the quintessential guiding force to our protagonists; a trope that we had yet to see in Demon Slayer. Unfortunately, their brotherhood only lasted a few hours.

Rengoku’s death was a stark reminder of the grim setting of the story. In a world full of demons, there wasn’t much space for relationships for grow due to how easy it was to lose a loved one. Tanjiro experiences it yet again with losing someone he saw as a brother. It is key to remember that Tanjiro was always the “big brother”, even with his new friends.

Tanjiro’s defining trait is his maturity and brotherly love, so it was refreshing seeing him get a character who was willing to look over him that way.

Furthermore, we are finally introduced to one of the Upper Moon Demons. This further stresses at the brooding problem at hand, highlighting just how serious things would get here on. His death is a testament to the strength of an Upper Moon, specifically Akaza.

While Muzan serves as the main antagonist of the series, there is more focus on the 12 Kizukis, showing us that getting to Muzan will not be an easy job. His death absolutely shatters Tanjiro and Inosuke, who see it firsthand. With context to Inosuke, it pains to see him mourn the death of who could’ve been a dear mentor.

Rengoku further affirms the stance of demon slayers. His strong will remains with him even as he takes his last breath- there is joy in being human, and the inevitable death that comes with it. His words resonate with the character and us alike, as he slanders the concept of demons and how selfish it is.

Clearly, he leaves a deep philosophical impact on the story and its themes. The trio realise after a tearful conversation that they now have the expectations of their departed aniki placed on their shoulders. They would need to now honour his sacrifice and keep moving forward.

The deaths of those the main characters rely on serve as character development and bring more emotional depth to the plot. Only, when done right. That is not the case with Rengoku’s death, however. Firstly, while his fight with Akaza was insanely good, we did not see Rengoku win any battle he was part of. He finishes off the first demon we see and then takes up a supporting role in combat for majority of the film.

While even those we know for some moments can leave a lifelong impact on us, Rengoku and Tanjiro’s relation was a lost potential. However, this was a double-edged sword; losing a character who we quickly got attached to was also a great stab in the heart (thank you, Gotouge sensei). His death only serves as a warning to the trio and watchers alike-the enemies are close, and out for blood.

WARNING: The following section will contain manga spoilers. Read ahead at your own discretion!

However, as the story moves forward and becomes more complex, the impact of his death lessens. We see other Hashiras match up to even bigger opponents, and some die deaths that account to more emotional impact. For example, Mist Hashira, Muichiro Tokito manages to defeat Upper Moon-5, Gyokko on his own. The deaths of Mitsuri and Obanai have a more emotional impact than Rengoku’s untimely death.

Another interesting thing is the nature of Rengoku’s last fight. He did not get his demon slayer mark, which is astounding. While his fight was enough to probably activate it; he fails to do so. It is probably a big reason why he ended up dying, which is a shame.

There was a forceful nature behind the writing of Rengoku’s death. It seems as if the reasoning behind his death was just to have more dear people to Tanjiro die in hopes of him having character development. While Tanjiro learns some lessons from Rengoku, along with knowledge on how to understand Sun Breathing, that’s about it, really. He also ends up receiving his sword hilt indirectly from Senjuro, Kyojuro’s younger brother.

For the story’s sake, it would’ve been better to have Kyojuro last a little longer, or the Mugen Train arc to span a longer time frame so that he is not forgotten in the 206 chapter long manga. Unfortunately, we can’t change that! So, set your heart ablaze! (and get ready for Season 2). 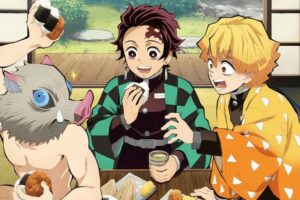 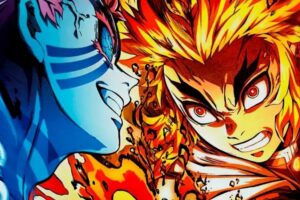 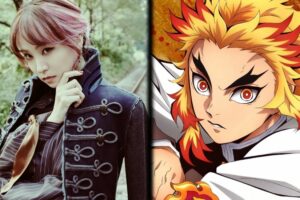 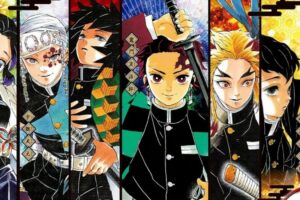 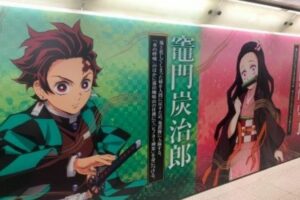