Will Gojo Satoru Be Unsealed? Can He Escape The Prison Realm In Jujutsu Kaisen? 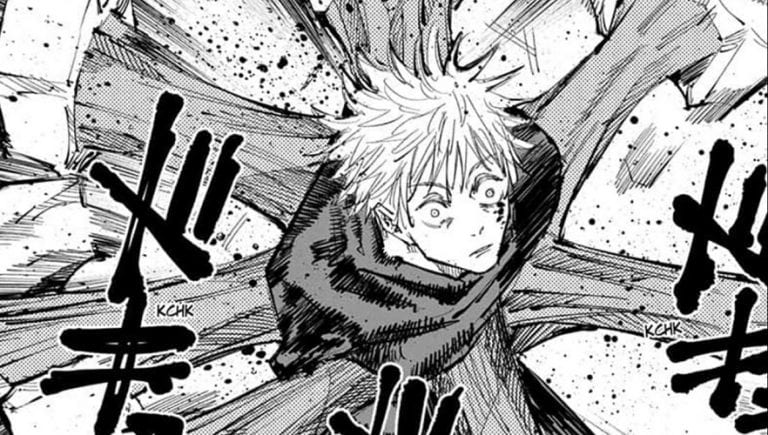 Will Gojo Satoru be unsealed, is something that every Jujutsu Kaisen fan wants an answer to right now!

However, shamans themselves took the worst of it, as was the plan by Kenjaku (brain-kun) & Co. A lot of them succumbed to death while fighting or took severe damages, some even fatal. All this was collateral damage in Kenjaku’s plan to achieve certain goals.

And one of his goals was to seal the Six-Eyes user – Gojo Satoru – in the Prison Realm.

Perhaps Kenjaku’s success in sealing Gojo was the biggest catastrophe of the Shibuya Incident (um, I am still crying over Nanami too). After unprecedented recent developments, the lack of Gojo’s presence in the plot is quite pronounced.

But, Chapter 145 finally gave us a glimmer of hope! Is there a way to free Gojo? Keep reading to find out!

Can Gojo Escape From Prison Realm?

Yes, Gojo can escape the seal and get out of Prison Realm.

Tengen is an all-knowing being, and so, they knew the detrimental impact of Gojo’s sealing.

Without Gojo, there is a severe imbalance between the shamans and curses and discord amongst shamans.

Kenjaku’s real intention behind the culling game isn’t very clear yet, but it has to be prevented anyhow. While all the others will be trying their best to fight, it is the obvious truth that Gojo’s unsealing is a must for winning.

Tengen validated all of ours flicker of hope in Chapter 145.

Fortunately, one can be rescued from Prison Realm after being sealed. Amongst several other things, he also told the small party how they could free Gojo.

How can Gojo Satoru Be Unsealed?

Tengen showed Yuji and the others the back of the Prison Realm in Chapter 145. Even though Kenjaku sealed Gojo using the front of Prison Realm, it is possible for him to escape from the back.

The “back” is essentially like the back door of the cursed object, so Gojo can escape from the isolated dimension of Prison Realm from here.

The back of the Prison Realm can be opened both at the will of the front’s bearer or forcefully breaking it open. But, only if it were that easy.

Even if Yuji and the others want to break open the Prison Realm’s back forcefully, they need one of two cursed tools Tengen mentioned.

The two tools Yuji and the others can use to open Prison Realm are the Inverted Spear of Heaven that nullifies cursed techniques or the Black Rope that disrupts and cancels cursed technique effects.

Using either of these on the back will open it up and free Gojo.

Well, talk about Gojo making people’s lives difficult, including his own! In all possibility, his past self sabotaged his own escape.

For the Inverted Spear of Heaven, he either sealed it abroad or worse, destroyed it while he fought Toji. And he also got rid of the Black Rope sometime in the last year while he defeated Miguel.

Okkotsu and Miguel even looked for the Black Rope overseas but couldn’t find anything left.

There is a very minute possibility that the Inverted Spear of Heaven may be found. But it is not realistic to try banking on this minuscule chance.

The answer depends on the last resort!

Just like Tsumiki, another person in the culling game overtaken by an ancient cursed spirit is this last resort to save Satoru.

This player is Hana Kurusu, and she calls herself “angel.”

But, it is clearly dangerous to approach her directly. If she can erase any cursed technique, she can easily render any shaman powerless.

And especially now, when the team needs all hands on deck to counter the culling game, they have to be wary.

Is Hana an ally or an enemy?

Her introduction and image are quite intriguing, to say the least! Hana can be a huge key in defeating Kenjaku.

Now that we have this down, it is time to address the elephant in the room.

Gege Akutami has been quite cruel in dealing with the characters until now.

Take killing off Nanami or maybe Nobara’s death (is she dead though?) at Mahito’s hands, for example. Even Maki couldn’t escape her fate at Akutami’s wishes.

These exploits make us wonder if Gojo will actually ever come out of the Prison Realm or not.

However, on second thought, it is evident that Gojo will escape Prison Realm. His escape is a must because he still has an important role to play in the story.

Moreover, Akutami knows how to drain narrative potential from a character very well. In fact, the mangaka has also said that Gojo is yet to tell Megumi about Toji.

Also, we all have been waiting for that last fight between Gojo and Sukuna, no?! The real question is WHEN will Gojo escape Prison Realm.

The faster he gets out is the better for Yuji and the others, but Akutami might delay this event to increase the stakes!

For now, we can just wait and see what these young shamans do in the absence of their sensei!