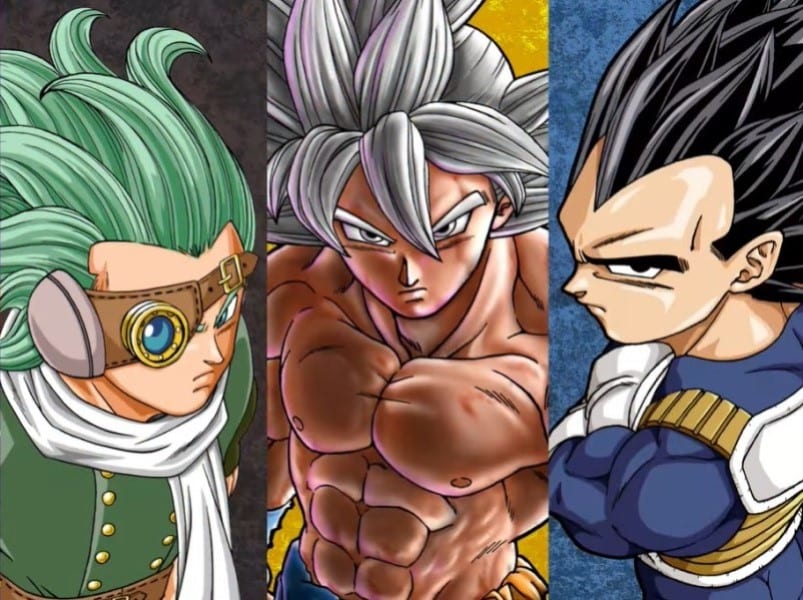 Chapter 71 of Dragon Ball Super gave quite a build-up to the fated battle between Granolah and the Saiyans. Fans are very excited about how the Granolah arc is unfolding. It’s pretty damn interesting. Granolah’s past in connection with the Saiyans and Frieza, The Heeters’ and their plan, Goku and Vegeta perfecting their respective Godly techniques. And of course, the wish with Toronbo, the Cerealian Dragon.
WARNING: The following article contains major spoilers from Dragon Ball Super Chapter 71. Read ahead at your own discretion!

Contents hide
What Is The Catch Behind Granolah’s Wish?
Is Granolah Stronger Than Goku And Vegeta?
What will happen during the fight?

What Is The Catch Behind Granolah’s Wish?

In another article, I did rant on how Granolah becoming the strongest warrior right now doesn’t make sense. But to my pleasant surprise, it did have a catch, in the form of reducing his lifespan.

The Cerealian Dragon said it can increase Granolah’s strength by condensing all the power he could have gained in his lifetime hereon. How the Dragon knew the quantum of power Granolah would gain in the future is anyone’s guess. But it seems Granolah’s latent power is so huge that unlocking and condensing it made him the strongest warrior in the Universe.

It makes sense, given how effortlessly he was able to defeat the OG Androids which, according to Goichi’s men, have equivalent capabilities as OG73i. Goichi’s men copied the data of Seven-Three into all the other OG Androids.

When Toronbo granted his wish, he became the strongest AT THAT MOMENT. This could change in the immediate future as pointed out by Monaito.

Is this foreshadowing that Goku, Vegeta, or Broly will surpass him later?

Meanwhile, Goku and Vegeta continued with their training. Whis is training Goku how to remain in the Ultra Instinct state even in his base form and Beerus is training Vegeta how to use Hakai in a better way. And he has improved quite a bit. From destroying a small speck of a stone to a huge log, his expertise in Hakai got him respect from Beerus.

Beerus even gave him an ear clip, which is a symbol of those who can use Hakai or Destruction. Could this mean Vegeta might become a future God of Destruction? Rejoice Vegeta fanboys. Hopefully, the authors would not once again reduce Vegeta into a punching bag until Goku fights the villain. I sincerely hope so.

With the long-awaited confrontation commencing in the next chapter, fans started speculating on what would happen and who would win.

Is Granolah Stronger Than Goku And Vegeta?

If we compare the state of these warriors by looking at how they are right now, Goku and Vegeta may be stronger than Granolah. Also, the Cerealian might face issues with using his powers properly. As I explain further, bear in mind the words used in the latest chapter. They are quite crucial in getting clarity about this subject matter.

After getting his wish granted, Granolah displayed some of his powers which resembled Godly techniques like Hakai. Toronbo said he can become the strongest warrior in the Universe (excluding the Gods) and he did become, FOR THAT MOMENT. Later on, he went to the Heeters’ base, fought against Oil, everyone was shocked by his sudden increase in power and so forth.

The latest chapter mentioned there was a time skip of a couple of weeks. During this period, Granolah was doing absolutely NOTHING. He was just sitting in his ship, waiting for Elec to tell him where Frieza is. He didn’t train or test more of his powers or anything. He’s firmly convinced that nobody can beat him. This shows that his power has gotten into his head.

One who has followed Dragon Ball for most of his life (like me) will easily know, our heroes get stronger every day. Their strength doesn’t get stalled or gets stuck at a certain level. They keep training and get stronger and surpass their limits as time passes. So we can obviously conclude that,

Whis knows about Granolah’s wish. That is why he said the following statement:

At the time when the wish was granted, in terms of overall strength and power, Granolah >= Goku or Vegeta. After that, Granolah did not do anything while Goku and Vegeta were vigorously training. Whis knows that since the Cerealian’s power is stronger than the Saiyans, the duo only needed to surpass themselves as time goes. So indirectly, Whis is telling Goku and Vegeta to surpass Granolah by surpassing their past selves. This connects with Monaito’s warning to Granolah. Hence, post time skip, Goku and Vegeta may have surpassed Granolah.

What will happen during the fight?

For Goku and Vegeta to arrive on planet Cereal, it’d take 18 days. Unless Granolah does some training during this time period, he’ll find it hard to beat the Saiyans. When they arrive, we can expect more flashbacks of Granolah’s past. He might recognize Goku as he looks similar to the Saiyan he saw in the flashback. So he may charge in to fight Goku first.

He may initially give Goku a hard time. But, his lack of training and zero clarity on how to use Godly techniques will have adverse effects as the battle goes. Vegeta might join in the fight but suppose if Granolah reveals his backstory to them, Vegeta would hesitate to fight him. He might start relating with him and the guilty feelings might surface again. I’m not sure what would Goku’s reaction would be and it’ll be interesting to find out.

While all this is going on if they happen to find out that the business deal between the Heeters and Frieza, the trio would shift their attention to the Heeters. Meanwhile, Elec plans to make Gas stronger and use him, Seven-Three and the Cerealian Dragon Balls to take over Frieza’s army. Frieza is still yet to make his appearance so that’ll be interesting.

The final battle might be between Granolah, Goku and Vegeta VS The Heeters and Frieza

Is Granolah still stronger than the Saiyans or have they surpassed them already? What will be the outcome of their fight? Let us know your thoughts in the comments below!