Why Did Grisha Yeager Kill The Reiss Family In Attack On Titan? 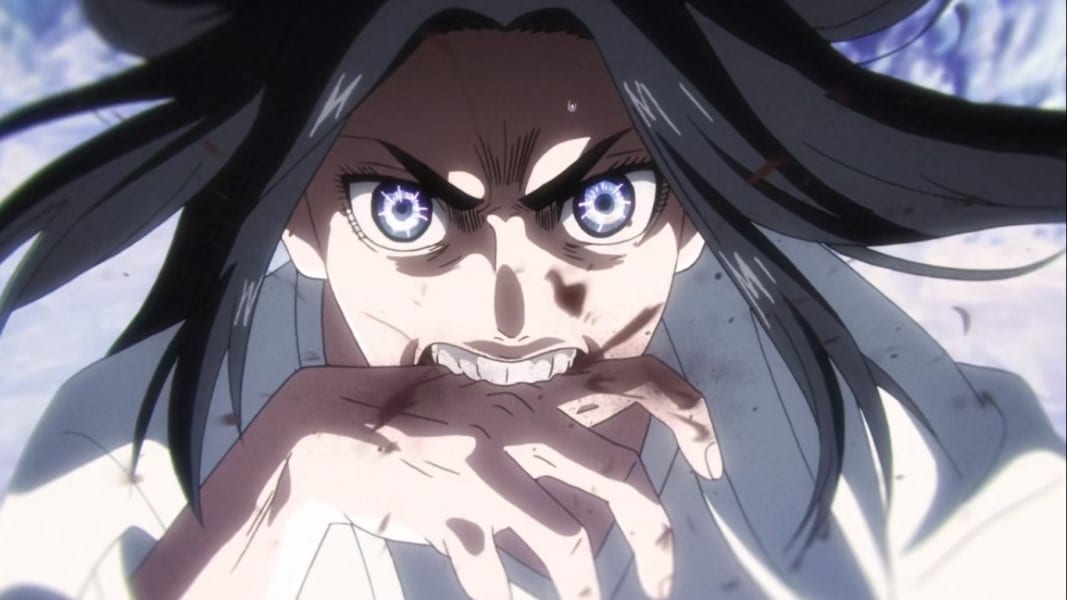 WARNING: The following article contains spoilers of Attack on Titan Manga chapter 121. Read ahead at your own discretion!

In Season 3 of Attack on Titan, through Eren, we saw Grisha arguing with the Reiss family in their family church. He transformed into a Titan and killed all of the family members, except Rod Reiss, and ate Frieda Reiss, the holder of the Founding Titan. Seeing this apparent hideous act by his father shocked Eren. While watching this, everyone had a major question in mind. Why did Grisha kill the Reiss family?

As we found out later on in the series, it was all a plan for the salvation of the Eldians.

After Zeke betrayed Grisha and Dina, they were sent to Paradis to be converted into Mindless Titans. However, Grisha’s whole life turned around at this point. He encounters the Owl, Eren Kruger, who entrusts him with a crucial mission:

Kruger tells him to steal the Founding Titan from the King’s royal family. The King made a vow of renouncing war. So he’ll not use the power of the Titans to attack or hurt anybody or any nation. Using the Colossals, he made the three walls and erased the memories of the Eldians within these walls and told them that humanity outside the walls had perished.

Grisha then took this wish as his life’s mission and set a course to Paradis and blend in with the people. He even got married and had a child as Kruger instructed him. He got a job as a doctor and used his skills to gain trust among the people.

Grisha tried to convince the Reiss family but failed

When he understood that Wall Maria had been breached, Grisha tried to convince Frieda to give up her vow to renounce war which she got as a side effect of inheriting the Founding Titan. He requested her to use the powers of the Founding Titan to protect the people inside the walls who were in danger.

But alas, the King’s vow was too strong to resist. Frieda ended up saying the same thing that Uri Reiss told Kenny.

Eldians committed sin in the past and the time has come for them to face judgement. If someone else other than the royal family got hold of the Founding Titan’s powers, it would cause havoc to the entire world. All Eldians must perish in order to save the world from the ruthlessness of the Titans.

Why Did Yelena Meet Eren Secretly in Attack on Titan?

Seeing that she cannot be reasoned with, Grisha sees no other choice but to use the last resort. He transforms into the Attack Titan and kills Frieda Reiss. He eats her spine and steals the Founding Titan from her, which he would then pass on to Eren along with the Attack Titan.

So Grisha eventually became an evil man, killing even children to achieve his goal, to fulfill his duty as an Eldian restorationist. Right? Right? Well, that’s not the entire story.

WARNING: The following part of the article contains spoilers from the Attack on Titan manga which has not been adapted into the anime yet. Read ahead at your own discretion!

What really transpired in the church

When he saw that Frieda didn’t budge from her stance of letting Eldians perish, Grisha prepares to turn into his Titan form. However, he hesitates. The mindset of the “doctor” in him kicks in and he falls to his knees, unwilling to kill the children, Frieda’s siblings. But as we all know, Grisha did kill Frieda and her siblings, so what or who made him to carry forward with his plan?

In reality, Eren Yeager pushed Grisha into killing the Reiss family and stealing the Founding Titan. This is revealed in chapter 121 of Attack on Titan. When Grisha hesitated on killing Frieda and the others, Eren reminds his father what he has to do. He asks him to do his duty as a restorationist for the Eldians and finish the story that he had started! But how did this even happen? How was Eren able to interact with Grisha?

Attack On Titan: Why Was Eren Imprisoned In Season 4?

Before we get into the details, it is important to state that the Attack Titan can see future memories. It is similar to how inheritors get past memories. They can see the events happening in the future from either their own POV or the POV of a future inheritor! But how does this help us understand Eren’s involvement?

At this moment Grisha sees himself from a 3rd person POV, i.e., Eren’s POV. Here’s an illustration by Reddit user U/SKYCLAD__OBSERVER which will make you understand this better!

This shows how Eren’s statement were able to reach his father. When Grisha hears Eren speaking, in that moment, he’s receiving those words by looking into future memories. Believing that it was the best possible outcome, Grisha proceeds to act as his son instructs him to. We can clearly see the parallels between Eren Yeager and Eren Kruger as they convince Grisha to act:

Eren Yeager reminds him of the restorationists turning into mindless Titans, his sister dying, and how he started it all. While clutching his teeth, Grisha pierced a knife into his hand and turned to the Attack Titan. Frieda turned into her Titan but was no match for him. He ripped her head apart and consumed her and her family, except Rod Reiss.

We have explained why this scenario is not exactly Time Travel in a separate article! Click here to read it! Basically, we can say that time flows in one direction in the Attack on Titan universe. So, the events are already fixed and Grisha followed them as shown by the future memories he saw.

Here’s some food for thought. Instead of time flowing only in one direction, what if by seeing future memories, you can change the present? What if Grisha had the luxury of giving someone else, say Armin or Keith, the Attack Titan and the Founder? Would the events change dramatically? Let us know your thoughts in the comments below!