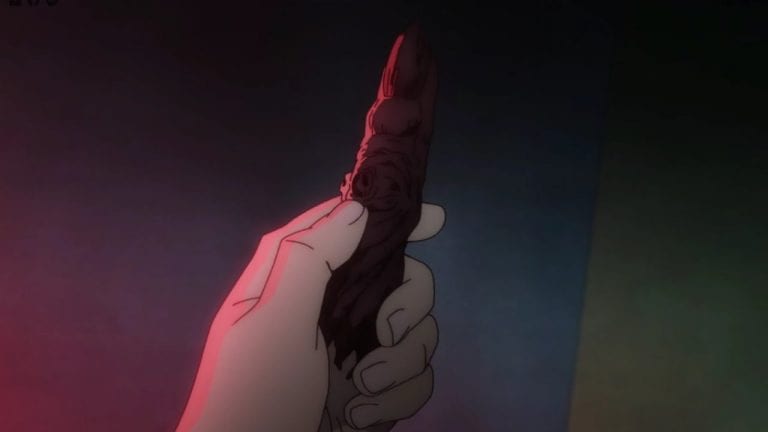 The world of Jujutsu Kaisen is full of mysteries, strange powers and Curses. Cursed Objects are a major part of such interesting aspects of Jujutsu Kaisen. They’re neither cursed spirits nor cursed tools. So, what exactly are they? Well, let’s get right into it!

Note: This article contains a major spoiler from the Jujutsu Kaisen manga in the “Prison Realm” section. Please read at your own discretion.

What are Cursed Objects?

A cursed object is a form of curse where the cursed spirit exists as an object. A lot of people confuse them to be the same as cursed tools, however, the two are quite different. Cursed spirits bound into an object create a cursed object; whereas a cursed tool is a weapon/tool imbued with cursed energy.

These Objects are usually relics; formed from the remains of Shamans and Curses. A good example of them would be Sukuna’s fingers. These fingers are the remains of Ryomen Sukuna, who was a shaman once. He turned into a cursed spirit after his death; and was sealed inside his fingers. Some of you may be wondering why they’d let something so dangerous exist, right?

The truth is that Jujutsu simply cannot destroy any special-graded cursed objects like Sukuna’s fingers; hence they ought to be sealed instead.

When covered in talismans, such cursed objects serve to fend off cursed spirits at hotspot locations like schools and hospitals. When a talisman paper covers a cursed object, it constrains the object to the point that it exists but cannot perform any action like attracting cursed spirits by itself.

The talisman then directs the cursed energy, making the cursed object act as a repel to the cursed spirits; “using poison to fend off poison”; as Fushigoro stated. However, it’s not that simple. Over time, these talismans become weak after deflecting cursed spirits. After a certain point of time, it changes it’s form and starts to do the opposite of its purpose; i.e. attract more curses.

Let’s take Sukuna’s fingers for example; since they’re the first cursed objects introduced to us. Sukuna’s fingers have remained sealed using talismans for centuries. In the first chapter, we witnessed how the talisman had changed its form after serving its purpose for centuries and attracted curses to the school instead. It had become so useless at that point that even a non-shaman could remove the talisman!

We’ve learned about the basics of cursed objects. However, we’ve primarily focused on Sukuna’s fingers so far, so let’s understand all the known cursed objects from Jujutsu Kaisen!

Ryomen Sukuna, the shaman known as a “natural calamity” was sealed away by storing his powers in his body’s final remains; i.e. His twenty fingers. Sealed using talismans, all of the fingers are classified as special-grade; meaning that all of his fingers store immense Cursed Energy and cannot be destroyed using Jujutsu!

There are nine special-grade death paintings; they are half-human and half-curses.

They were born to an unknown woman and Noritoshi Kamo. Three of them have developed so far; namely Choso, Kechizu and Eso.

Prison Realm also referred to as the “Taboo Object”; is a cube wrapped in talismans. When removed, the cube seems to have numerous eyes on it.

This cursed object is the final remains of a Buddhist Monk named Genshin. What makes it so strong, you wonder? This cursed object sealed away Gojo Satoru. Prison Realm can seal anything in its unescapable, pocket dimension.

Cursed objects are a crucial part of the Jujutsu world as they’ve played an important role throughout the series and are one of the cornerstones of Jujutsu Kaisen’s power system. What do you think about them? Which one do you like the most? Do more cursed objects exist? Let us know what you think in the comments below!