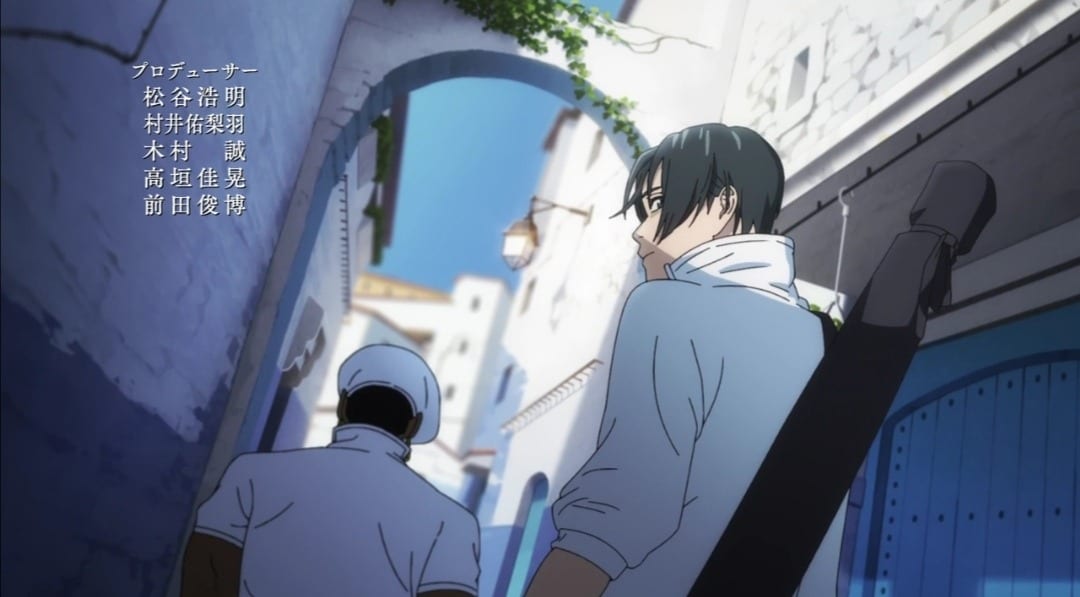 Chapter 145 of Jujutsu Kaisen is officially out. And man it is packed with information that fans have been waiting for. From the identity of the mysterious brain possessing Geto Suguru to Tengen’s current predicament, chapter 145 reveals a lot of stuff, It sure can be hard to process all this at once. So here’s us breaking it down for you!

But before that, make sure that you read the official release of the chapter from Viz and Mangaplus!

Like we said a lot of information was revealed in chapter 145 of Jujutsu Kaisen. Let’s try to break it down and understand the important parts one by one.

The most important thing that we took away from the latest chapter without doubt is the identity reveal about the brain that has been possessing Geto Suguru. Tengen nonchalantly drops his name in the chapter to the surprise of everyone. Frankly, we expected some sort of a resistance or a big reveal, with brain-kun being the major antagonist and all that. However, the name drop caught us off guard.

According to Tengen, the brain’s name is Kenjaku. He is the sorcerer who possesed Noritoshi Kamo, Itadori’s mother and now Geto Suguru. He is the second strongest user of barrier techniques after Tengen.

Tengen also proceeds to explain Kenjaku’s goal in depth. He is trying to merge all humans in Japan with Tengen and force them to evolve. The culling game will essentially act as a ritual that will send the humans to the other side, using the cursed energy of the players and the boundaries binding barriers. We have explained Brain’s goal in depth in a separate article. Make sure to read it to understand his motives better!

Since Tengen is essentially Kenjaku’s target, he wants two of Yuki, Yuta and Choso to stay back and protect them. Tengen’s fear of Kenjaku is also the reason why they have decided to reject everyone who comes to the Tombs of the Star corridor.

Tengen’s appearance had shaken everybody. And in the latest chapter, we get a reason for why this has happened. Well, its because they are 500 years old. How would you look if you are 500 years old huh?

Everyone was under the assumption that a replacement star plasma vessel was found after Riko Amanai’s death. However, that far from true. Not only did they fail to find a new vessel, but Tengen had evolved to a point that they were no longer human.

Tengen ascended to a point where their self- awareness as an individual diminished. The very world became their self. Yuki notes that this was the reason why “Tengen’s Voice” kept on decreasing. This was indeed a statement that needed more explanation. But it was left at that. We might receive some insights into Tengen’s voice in the upcoming chapters probably.

Due to the evolution, Tengen is now much closer to a cursed spirit than a human. This made them a target for Geto’s cursed spirit manipulation. Understanding how grave the situation was, Yuki and Choso decided to stay back and guard the omniscient being.

Tengen’s evolution is also the reason why Kenjaku decided to go ahead with his plan now. At their current state, Tengen can merge with anyone, not just the start plasma vessel. And since their soul has become one with the world, Kenjaku can merge multiple humans to merge with Tengen and force those humans to evolve. Though, it would spell disaster for the world in the end.

Another crucial piece of information that came to light was the causal link between the six eyes user, star plasma vessel and Tengen. Every time an assimilation was about to take place, a six eyes user appeared as if to make sure the assimilation went ahead without a glitch.

He then concocted a plan to seal the six eyes user. This is why he began the search for the prison realm. While Kenjaku was still looking for ways to make that happen, fate somehow helped him out.

11 years ago when the merger was supposed to happen, Toji Zenin interfered and killed the Star Plasma Vessel. A new vessel was not found and Tengen began to evolve. This was the perfect premise for Kenjaku. Later, he also chanced upon the body of Geto Suguru, who could use Cursed Spirit manipulation, which could be used to control Tengen in case they refused to be a part of Kenjaku’s plan. Then six years ago, the prison realm also fell into his hands.

Thus, the destinies that bound all of them were finally broken. Kenjaku was able to enact his plan and finally seal Gojo Satoru. The importance of the Hidden Inventory arc is at full display in this chapter. It was the catalyst for everything that is currently happening in the world of Jujutsu Kaisen.

However, both of these were destroyed by Gojo himself. Basically, he cut off his own escape route. However, the appearance of Hana Kurusu, a 1000 year old sorcerer might just be what the team needs.

Chapter 145 more or less confirmed that the Culling game cannot be stopped. And killing Geto/Kenjaku will not help because he is not the administrator of the game. The game would only end when all players either die participating or die due to not participating.

The only way to save Tsumiki and the others will be to participate in the culling game and add a new rule that will let players who don’t want to fight scot free. However, the since the new rule cannot have long lasting effects on the game, they can’t essentially create a rule which will stop the game as a whole.

Freeing Gojo Satoru is one way to overcome it. Or Maki, Yuji, Yuta and Magumi are in for a hard time as the culling game begins. They need to find a way to make Kurusu co-operate with them. And then come up with enough points to add a new rule to save Tsumiki atleast.

Well, the upcoming chapters of Jujutsu Kaisen are sure going to be crazy. Let us know your opinions on chapter 145 in the comments section!