What Is Hakai In Dragon Ball Super? 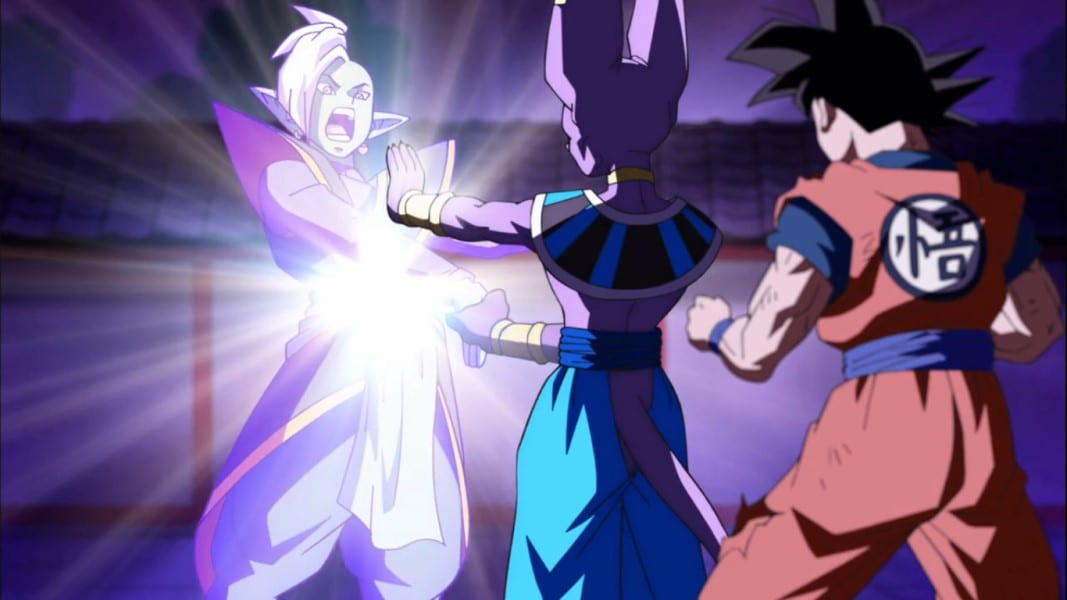 WARNING: The following article contains major spoilers from Dragon Ball Super Chapter 70. Read ahead at your own discretion!

Hakai is one of those techniques in the Dragon Ball Franchise which we’ve yet to fully understand. It’s what made Beerus look like a total badass when he used it to erase Zamasu from existence. In the recent chapter of Dragon Ball Super, fans were excited to see Beerus training up Vegeta by teaching him Hakai. This made us wonder whether Vegeta would become Beerus’s successor as the next God of Destruction of Universe 7.

In recent times, talks about Hakai grew as people were discussing whether or not Granolah can use Hakai or not.

So this article is made to help you guys get a sense of Hakai with what is revealed so far. There’s still more to be found out about this mysterious technique. In this article, most of the references will be from the Manga. There are differences between the Anime and the Manga in terms of how Hakai is portrayed but for now, Manga will be our main referral point.

What is Hakai? Can it kill immortals?

Hakai is the signature technique of the Gods of Destruction. According to Beerus, it basically erases the target from existence. It could erase both inanimate and animate objects. However, it cannot destroy immortal beings such as the Angels, the Omni-King and those who became immortal by the Dragon Balls (eg: Garlic Jr., Future Zamasu)

Beerus further explains that Hakai turns “something” into “nothing”. This “nothing” can be interpreted in two ways. One is the literal meaning of “nothing”, i.e., there is absolutely no debris after the erasure. The other is the scientific meaning of “nothing” which is, the “nothingness” of empty space. If you remove everything in space, you might think there’s nothing left. But no. Space, at the quantum level, is bubbling with energy. There exists a quantum field from which particles appear and disappear into this field (virtual particles).

Matter or mass can be converted into energy (E=MC^2). So when Hakai is used, it converts matter into energy. Depending on the quantum of energy used, Hakai can destroy an object with little or no debris left. Or it can just destroy only a little portion of the object. Beerus says the explosion after using Hakai is the real highlight (or not. Depending on the amount of energy used) but keep in mind that technique is different from a regular Ki blast. It doesn’t use regular or normal Ki at all.

Usually, the Gods of Destruction or higher beings can use Hakai. However, the G.O.D can teach it to someone else. But that person should have God Ki in order to wield it. It can be used for both attack and defense.

So far, Hakai is used by different people a number of times. We analyze each case and group them based on their after-effects.

Without an energy blast

The user doesn’t hurl an energy blast against the target. But, there’s some movement within the target. On the left-hand side of the image above, Vegeta feels something within him. That is why there’s an exclamation mark. On the right side, the small stone seems to be cracking from the inside.

In this case, Beerus and Vegeta are not “transforming” matter but doing something similar to nuclear fission. Within the target object, the technique forcibly breaks the stable molecular bonds and intermolecular attractions of stable molecules and atoms. What remains are only individual particles like protons, neutrons and electrons. Since matter tries to go from a high-energy ‘unstable’ state to a low energy ‘stable’ state, this releases all the energy that holds all the bonds together in an instant.

When done to all atoms of all the molecules present in the object, Hakai destroys those bonds and what’s left is individual isolated electrons, protons and neutrons. This might be the “nothing” Beerus is talking about.

The object explodes from the inside and shatters the outer layers. The more energy used, the lesser the debris left after the explosion. In the case of attacking Vegeta, he tweaked it (controlling actually) so that he destroyed only parts of his armor.

A similar thing happened in the case of Granolah when he destroyed a huge bolder. Mind you, this isn’t the same as Frieza killing Krillin in Dragon Ball Z. Frieza sent an energy wave towards Krillin which enabled Frieza to control his body and destroy it. Frieza doesn’t have God Ki so he cannot use Hakai. Even in Dragon Ball Super Anime, he admits that he cannot wield the Energy of Destruction on his own.

With an energy blast

What Are The Motive Of The Heeters? Were They Lying To Granolah All This While?

In this case, the user sends an energy blast towards the target which destroys the target from the inside, causing an explosion. The power can range from destroying a small rock with debris (right side of the above image) to completely annihilating a planet (left side of the above image). When it comes to the happening within the target, the same principle explained in the previous heading applies here too.

Destroyers have this energy called the Energy of Destruction. It is the signature energy of the G.O.Ds and they can teach mortals how to obtain and channel that energy. Vegeta has God Ki already. To convert it into the Energy of Destruction, he needs to shed any stray thoughts and recreate his thought process from scratch (Beerus said this in chapter 69). As explained elsewhere, God Ki requires high levels of thought control in order to channel it. In this case, destruction is always in the mind of a Destroyer God.

In the Anime, Toppo changed his thought process from differentiating between “Justice” and “evil” to presence and absence of being. As soon as he threw aside the duality, he began to engulf himself with the Energy of Destruction.

He shed his earlier attachment to justice and his thoughts changed to destruction (absence of being). Vegeta needs to do a similar change over in order to learn Hakai properly. He needs to shed his guilt about the past and start focusing on destruction. This will not necessarily turn him evil but it depends on how much of that earlier ‘evilness’ is still there inside him. The return of Majin Vegeta? A possibility for a temporary period of time.

In these instances, the user channels the Energy of Destruction so much so it forms an energy ball. It has two variations – red and purple. Beerus used a red-colored ball of destruction in the Battle of Gods movie which could destroy the Earth. The purple one mentioned in the above image is so powerful that it could destroy the entire Universe. Amongst the Destroyers, this is the strongest form of offensive destruction energy they could use.

Turning the object into dust

In this type of Hakai, the user raises his hand towards the target which results in reducing that target into dust. There seems to be no explosion in this case so this variation may use comparatively lesser energy to use as it requires no time to use it. Beerus and Belmod seem to use this variation in a casual manner.

In the above-mentioned instances, when carefully observed, it seems the targets feel something before the user reduces them into a pile of dust. The exclamation mark in the bottom right image implies it (just like Vegeta when Beerus destroyed a part of his armor). Maybe they feel the Energy of Destruction passing through their bodies before they’re erased. The energy decomposes the cells within the body, thereby turning them to ash. Granolah turns a rock thrown by Oil into a pile of dust.

Can Goku really use Hakai?

As mentioned in the panel above, Goku can use Hakai. But his Hakai is a far cry from what Beerus or any God of Destruction uses. It simply erases anyone or anything from existence without any explosion, which is similar to the type of Hakai we are explaining in this subsection!

This is the only variant of complete annihilation where there’s no debris at all. This type is exclusive to Grand Zeno, the Omni King. Since Zeno is the supreme ruler of all creation, he can do all techniques (including destruction) in perfection.

In both instances, Grand Zeno uses two raised hands from which a bright energy glows to completely erase the target. In the top image, we can clearly see that there’s absolutely no debris left. Not even atoms, just the vacuum of space (where only the quantum field and virtual particles exist). But being the ruler of all, he could destroy even space as well, if he wanted to. All of creation in a blink of an eye.

Using the Energy of Destruction as a Shield

However, the shield is effective for attacks weaker than that of the user. If the user is weaker than the opponent, the latter’s attack penetrates the shield and can damage the user. We can see this when Super Saiyan Blue Evolved Vegeta countered his Hakai with his final explosion attack which penetrated his shield and knocked him out of the T.O.P.

What do you think of Hakai? Will Vegeta be able to fully use it and get even stronger than Goku? Let us know your thoughts in the comments below!