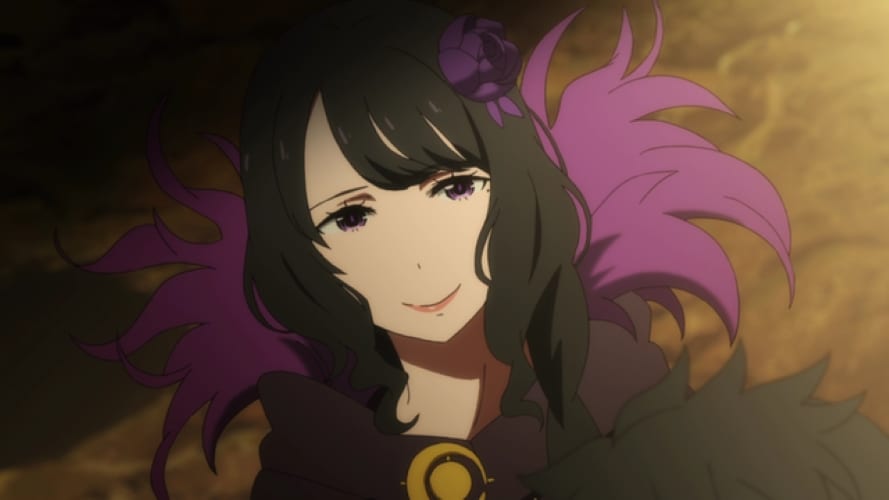 Elsa Granhiert was an extremely sizeable threat to Subaru and everyone in the mansion. Well, she was hired by Roswaal afterall! Her skills were second to none and she was extremely powerful. To top it off, she had a very special ability which made her the dangerous and fearless bowel hunter/assassin that she was.

Elsa had an extraordinary vitality and seemed to suffer no damage from severe blows by recovering very quickly from them. But her powers are still somewhat mystical to us. What was her with her extraordinary vitality? Was she really even a human? Or a beast in disguise? How was she so strong? I am going to breakdown her abilities and powers in this article.

As we already said, Elsa Granhiert is a very skilled assassin and bowel hunter. Her weapon of choice is knives, mainly Kukri Knives, which she uses to overwhelm her opponents. She had been a seasoned assassin for a long time and had fought numerous other skilled opponents, which included the likes of Reinhard van Astrea, the current Sword Saint and the most “strongest” weapon of the Kingdom of Lugunica.

Her physical prowess is the first thing that stands out when we think about her powers. Her skills are second to none. We have seen this both with the Reinhard fight and the Garfiel Fight where she gives a tough time to both these opponents. The very fact that she was able to hold her own ground against someone of the caliber of Reinhard is enough to tell us is enough proof to tell us that she is not someone to be taken lightly.

In fact, she was giving him some trouble through non-stop offensive attacks and forcing Reinhard on the defense until he used his skill, the Swordplay of the Astrea Family, to gravely injure her and force her to retreat.

To add to her physical prowess, Elsa also possesses a very keen intuition and almost perfect combat knowledge about her opponents. She is very quick in adjusting to her opponent’s techniques. No technique she has ever witnessed in battle will work on her for a second time; as she will have already prepared a counter to it. It’s almost foolish to use the same attack against her twice.

We see this happening both in her fight against Beatrice and Garfiel in particular during the events in the Roswaal mansion in Arc 4.

This part was missing from the Anime adaptation but apparently, Elsa was very weak against Magic Attacks. So weak that even Subaru’s Shamak would be effective on her. To counter this she used to wear her black cape which had magic resistance imbued in it.

Tappei Nagatsuki, the author of Re:Zero had mentioned this in one of his tweets.

In the tweet, Nagatsuki mentions that Elsa is insanely vulnerable to magic. It troubled her to the extent of having to wear a magic resistance cape!

Well, these are not the only thing skills she has. She has another ace up her sleeve and this one is her trump card. She has extraordinary vitality with being almost near immortal.

Elsa was gravely injured by Reinhard’s during their confrontation in Arc 1, which forced her to retreat to safety. Her injuries were described as very serious and fatal. However, despite the life-threatening wounds, she ends up making a recovery in a matter of months (the actual time that has passed between arc 1 and arc 4 is roughly around 2 – 3 months).

So how did she recover from her injuries so quickly?

We see the answer to this in Arc 4, when she is locked in a very tense and desperate battle with Garfiel Tinzel. When Garfiel tears into her face, before taking a hit from Rock Pig, she almost instantly regenerates it. Elsa herself says that even though she is injured all over again and again, her injuries simply heal back.

“You ain’t immortal. It’s that ya won’t die till someone kills ya, right? Ain’t that right, vampire? […] Apparently, one of the old Witches was one, too. That Witch is dead. And that means you can die, too.”

So is Elsa a vampire?

Garfiel calls Elsa A “Vampire”, and she makes no effort to refute to that assumption. However, Elsa is not really a Vampire, nor is she immortal.

Elsa’s ability actually stems from a curse. This curse prevents her from dying and gives extremely high regeneration and vitality. Although it is a Curse, Elsa acknowledges this ability that she possesses as a Blessing.

The Curse Doll Technique is a curse, which involves carving a curse mark upon the user’s body. This curse mark includes the information of the person they want to kill. When this technique is activated, the user with the curse mark will gain extreme regeneration and become near immortal. However, there are certain limits and shortcomings to this so-called Immortality.

First of all, the user with this curse mark will die when their target is killed. Second, the user loses almost all their sense of the self when this mark is activated, and they can do nothing but kill their target, as if they are possessed by someone. Makes you wonder if this a curse born from the witches.

The curse put on Elsa is similar to the Cursed Doll technique. However, the shaman who cursed Elsa was a very strong one. Due to this, Elsa is still able to keep her sanity and sense of self intact.

But, if Elsa were to die repeatedly, she would permanently lose her senses and any control of her body. She would turn into a curse doll, which is then controlled by the curse mark. People who become curse dolls are mistakenly referred to as vampires due to a curse doll once drinking blood in an attempt to die. This is probably the reason why Garfiel called Elsa a vampire!

In the light novels, we actually see Elsa turning into a cursed doll. However, this content was sadly cut from the anime.

We see Elsa dying at the hands of Garfiel in the anime adaptation of Re Zero, but there is a little more to her in the Volume 15 of the Light Novel of Re Zero.

After she was slain by Garfiel, apparently her body got resurrected again because of the effects of the Curse Doll. However, she had no soul left, and her body could be very aptly described as a zombie.

This part proves that repeatedly dying changes her into a curse doll. After this she chases Subaru around when he was trying to get to Beatrice and this is what Subaru observes from his encounter with her, or rather something that was controlling her dead and crushed body –

“You’re not Elsa anymore, are you?”

When Subaru posed the question, Elsa—nay, the thing that had been Elsa —turned its empty black eyes toward him. There was no glint of life within them, only bottomless darkness. Subaru was peering into an abyss.

An empty body, a departed soul, and obsession incarnate. Driven by inexhaustible bloodlust, it dragged its smashed lower body along as it crawled toward Subaru through the raging fires.

This was far beyond an unnatural vitality that kept death at bay. The power had become nothing but a curse. Just like Subaru’s Return by Death, it was nothing save a curse, a yoke placed upon her very life.

This ability was even referred to as a Divine Protection in the Web Novel version of Re Zero.

Elsa’s powers; her apparent immortality and high regenerative powers; was a result of the curse that was put on her by a powerful mage. However, there are limits to this. If Elsa keeps on dying repeatedly, or ending up getting fatally injured repeatedly, she will lose her sanity and become a curse doll.

As we see, Elsa was resurrected from an attack that had killed her. The same had happened again when Garfiel had killed her but she got resurrected again by the curse. But it was different this time as she was longer herself, but instead just a mindless curse, almost like a zombie, whose only desire and aim was to kill her target. But is she still truly dead? That is the topic for another article now.

Thus I would like to conclude this article by saying that Elsa is a truly amazing warrior, with an unmatched physical prowess and agility second to none. She was quick with her blades, quick on her feet and quick with her thinking. And to top it all that, she was near immortal. A truly amazing foe and worthy of being a great antagonist.

I love reading Light Novels and Manga and viewing them from a Critical Standpoint. I like discussing strange theories about anime. And I am not always this formal!!