Skip to content
Home » Anime In India » What Is CGI In Anime? Why Is It Used? Is It Good Or Bad?
Anime In India Industry Insights 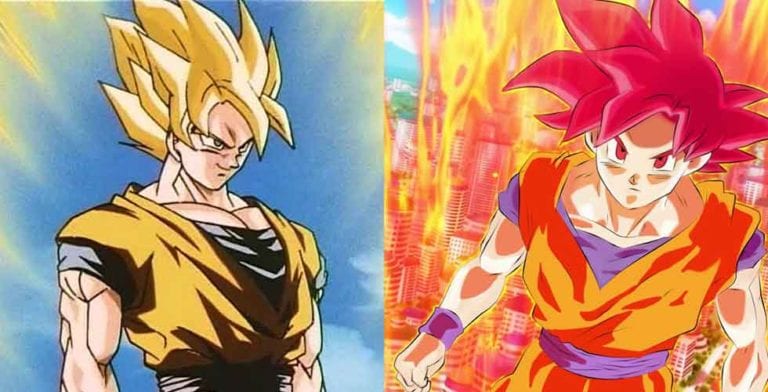 Nowadays pretty much every single anime that comes out make use of CGI. Some more than others. The anime industry seems to be always under the pressure to produce dozens of new shows every season. Due to these high demands, studios speed up the production to cut corners; inevitably delivering with a product they had initially intended. The primary tool they use to make all this possible is CGI.

Contents hide
Definition and Usage of CGI in Anime
Why Anime Uses CGI?
How CGI affects the Anime viewing experience?
Drawbacks of CGI in Anime
Limitations of CG
Blending 3D and 2D
Popular anime with CGI
Can CGI projects be outsourced to India?
Final Thoughts

Definition and Usage of CGI in Anime

CGI stands for Computer Generated Imagery. CGI animation is the process of generating animated images. In other words, computer-generated imagery, encompasses both static scenes and dynamic images, while computer animation only refers to moving images. Three Dimensional works make the most use of CGI. Studios use it extensively for fight scenes or a high-paced shot to improve the overall quality of the fight and to add in little details that normal animation cannot.

This tool is nothing new to the industry. CG has been a part of anime since 1983(Golgo 13) and it always offered a great advantage for the animation studios. Ghost in the Shell 2: Innocence(2004) had amazing CG for its time and it even holds up today.

Even Cowboy Bebop used 3D models in place of hand-drawn images for rotating space situations and I bet no one even noticed that. However, the difference between then and now was that you couldn’t tell they were using CG unless you knew what to look for.

We can agree that generally, CGI in anime doesn’t look great. The main reason for using this tool would be its cost-effectiveness. Of course, there are exceptions. But often it’s a case of way too much action in a single scene to animate on a budget. So CGI can get the job complete with a notable difference in quality.

The animation is a medium where it takes countless hours of hard work for very little pay. CGI is also used to produce an anime much faster. Instead of hundreds of hours to draw the illustrations and implement them, CGI lets the computer do it. The use of CG in animation significantly reduces the amount of work needed to produce each episode of an anime, thereby further decreasing the wages of the animators.

3D is fundamentally not designed to mimic 2D. It’s designed to mimic realism. So unless anime drastically changes its aesthetic over the following years there’s literally no chance for 3D to replace 2D. CGI is more useful as an assistant tool to have the 2D animation pop.

Before the high demand for animated shows and movies, the main purpose of CG was to enhance. It was a creative decision rather than a need to speed up production. Most Studios today have a schedule they have to stick to, to please the fans. And to do so, many methods are exploited to cut down the time and cost it usually takes. So some might say CG animation is a miracle to the industry, but some might disagree.

Usually, the issue with CGI is one of two things. Either it doesn’t blend in with everything else and is distracting or in the case of fully 3D anime, they struggle to make the animation of the characters look natural.

There are certain techniques to use CG and not take your audience out of the story. After all, this art form is all about keeping your audience immersed in the story. And weird jarring cuts back and forth to CG can absolutely ruin that. This is why fully 3D anime is often so universally disliked. It’s a different method of animation that tries to mimic 2D.

One of the reasons one gets addicted to Anime is because of the craft of 2D animation. And I guess that’s something a lot of us can share. CGI is fundamentally a different method of animation and most of us don’t find it interesting and enjoyable to look at as something like hand-drawn animation. No CG no matter how high quality can never mimic that.

Drawbacks of CGI in Anime

In 2D, the artists are free to use their creativity to craft their own vision. On the other hand, 3D CG always looks perfect on models which ironically what makes it look kind of wrong next to hand-drawn style; unless imperfections are purposely introduced.

CG looks best only on solid objects. Vehicles, buildings, or any object that is not organic. Computers are really good at simulating solid objects. But they are really bad at simulating any organic object. CG looks amazing on models until they start to move. Because they try to style on the model so hard, their movement tends to look really stiff. Especially, in contrast with any 2D element.

As for fully 3D, either the characters look too stiff or it tries to be expressive but looks awful. Since the 2D character expressions are not restricted to anything, the artist has no limitations other than his own imagination.

Of course a good artist can play with CG and create something more “westernized” which is what you see in most 3D anime. But unless that artist works for Disney (a company drowning in money) he is not going to succeed too often.

CG is worse on a regular anime when it doesnt work at all. And that is because it is mainly used as a means to cut corners. But when it blends well with a purpose of enhancing the scene, it looks quite enticing. Just like CG mecha fights. They are great to watch as it allows for much fleshier, smoother and intense movements.

The Monogatari series has quite a bit of CGI in its scenes especially in Kizumonogatari, but also throughout the entire series. The reason it works is that the anime’s intention has a disjointed visual style. The same goes for Madoka Magica and most other Shaft Studio shows. So, when they use CGI for background characters, objects it’s not distracting as it blends in with the aesthetic.

Another common way to blend 3D and 2D is dynamic camera movement. In a dynamic shot, the camera moves or changes its aim within the shot. But it is limited to the environment to avoid switching between 2D and 3D. For example, the 3D maneuver gear sequences from Attack on Titan. There, the camera aggressively zooms in on a character and maintains a very fast pace while following the specific character/scene. It allows for incredible complex shots while giving you little to no time to notice the difference in visuals. And that’s the key here. You must not notice the CG.

CGI can both do great things for anime, and ruin a beloved franchise. More recent examples would be Stand By Me Doraemon, Hi Score Girl, Baki, Berserk, Promare. They are not the greatest examples of CGI done right but are watchable.

However, there has been quite a bit of improvement in the 3D department within anime in specific shows like Beastars, Houseki no Kuni, Dorohedoro, Steam Boy, and Summer Wars. Particularly, Houseki no Kuni(The Land of the Lustrous) has turned the weaknesses of CG to their advantage. They produced a fully 3D anime using crystals as characters which gives off an unique visual experience.

On the topic of popular CG, we have to mention Ufotable. An animation Studio which developed their own unique animation style blending traditional animation with CGI. The secret behind Ufotable is the amount of special and post-processing effects that they use in every cut.

A quick look at Fate/Zero’s 3D fight scenes might even win you over 2D. It just blows our minds. And that is thanks to their digital team. Without question, they have the most incredible fine-tuning as everything about their style is mesmerizing to watch; granted they do have the benefit of having their own in-house CG team.

Most anime studios outsource their CG work, which is one of the reasons it generally doesnt look that great. But that doesnt apply to Ufotable. They also make their own CG backgrounds and sceneries which result in one of the most beautiful uses of CGI in anime.

Can CGI projects be outsourced to India?

As you may already know, India is a very popular country that receives a massive number of projects when it comes to outsourcing Animation. The animation service prices the Indian companies offer are extremely affordable if we compare to other countries across the world. By hiring the services offered by Indian animation companies, most clients can save up to 35% of their overall budget if they choose to hire support from other countries such as the Philippines and Korea.

Adding to the pros, India is the second-largest entertainment industry in the world. Thus, most of the high-budget films made here have CGI in them eg: the Bahubali movie series.  Also, a feather in the hat moment is the fact that the majority of animators of the hit series Game Of Thrones CGI are Indians/Indian companies. Particularly, Queen Daenerys Targaryen aka Khaleesi’s three dragons was made by a Mumbai-based studio, Prana Studios. Since then they have taken up various notable projects with other animation studios in this field.

India is fortified well with impeccably talented, affordable, and trained professionals in the field of animation capable of executing extensive projects for companies from across the world using cutting-edge technology.

As a matter of fact, Animehunch is also not far behind while moving towards a brighter future in the Anime industry. By taking baby steps, we are grooming artists and story-tellers and providing them a platform for enthralling stories inspired by the Japanese art of manga drawing. We are aiming to be one of the greatest Indian Anime content creators in the country. Eventually making India a competitor to countries like China and Korea.

To summarize, we can say CGI as a tool in anime is good and very helpful. There are certain things that only CG can do and that cannot be done with traditional animation alone. That is why if it must be used due to whatever reason, it should be adequately implemented and not solely to reduce time and costs. CGI is probably going to become more and more common as it becomes harder and harder for the economic situation of 2D animation to catch up with the demands of the industry. And the obvious issue here is the time constraint. Yet the industry lacks it big time. And it is only CG that can rescue the medium from collapsing.