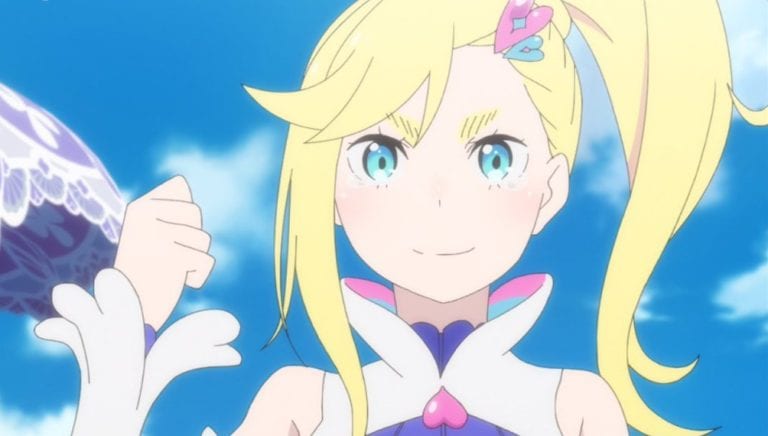 The mystery surrounding the identity of Emilia’s mother has been in the focus for sometime. Popular candidates that fit the role of her mother include Satella and even Echidna (how?). Fortuna is Emilia’s aunt from her father’s side.

But the latest episode of Re:Zero included a very emotional interaction between Minerva, the witch of wrath, and Emilia. This has made fans wonder if she could be Emilia’s blood mother. But is there any proof in the story that points to it?

First, let’s go through the facts that we know about Emilia’s mother. Emilia is a half-elf. Fortuna’s brother, who was an elf, is Emilia’s father. This means that Emilia’s mother had to be human.

Emilia has also been called a witch’s daughter many times in Re:Zero. If this isn’t a metaphorical title given to her due to the similarity in appearance to Satella, it would mean that Emilia’s mother was actually a Witch.

Going by these assumptions, we can safely say that Emilia’s mother is a human witch. And guess what? There are only a handful of people who fit this description. It could be any of the Witches we see in the story except Satella (because she is a half-elf too?).

But then, why are we focusing on Minerva? Because there seems to be a lot of traits in Minerva that point to being Emilia’s mother.

Since Emilia’s father was an elf, it goes without saying that her mother has to be close to elves. From what Archi says, the elves owe a great debt to Emilia’s mother and she has helped them out in a huge way.

Minerva is shown to be someone who was very close to the elves. In fact, elves were used as bait by the Witch of Envy so that she could trap Minerva. 400 years ago, a group of elves was used as collateral damage. When Minerva realised it, she rushed to help them, falling into the trap that was set for her.

If Minerva indeed is Emilia’s mother and she sacrificed her life (or got trapped) to save the elves who were about to be used as cannon fodder, then obviously the elves (or that particular group of elves) would feel eternally indebted to her.

Minerva’s behaviour in the third trial is one of the biggest reasons why fans believe she could be Emilia’s mother.

After Emilia successfully completed her third trial of the sanctuary, she was greeted by Minerva, and not Echidna. However, for some reason, Minerva did not allow Emlia to see her face.

Minerva seemed to have a wee bit of trouble while introducing herself to Emilia. It was as if Emilia would recognize her if she told her real name.

I am well, you know……. A Witch so terrifying, she makes every hair on your body stand on end

Minerva introduces herself to Emilia

She then proceeds to ask Emilia about Subaru and what she feels for him. Strangely, this interaction feels very similar to that of a mother asking about the boy her daughter is dating.

The instant you hear that boy’s name you perk up? That’s marvellous, but you don’t really have a good grasp of he situation do you? And…and what do you think of the boy anyway?

The biggest hint? When Emilia says that Fortuna is her real mother, Minerva tears up instantly. Was she moved by the fact that Emilia really found a parent’s love even after she left behind the kid at a young age? This was followed by the heartwarming hug that Minerva gives Emilia, which is almost akin to a mother hugging her child and giving her the strength she needs. Is Minerva really Emilia’s mother? Well, we won’t know for sure.

But, in addition to the display of the motherly love, Minerva and Emilia also have some minor similarities.

Fortuna says that Emilia got her silver hair and purple eyes from her father and her cute face from her mother. Minerva is also described as being someone who is cute. Can this be taken as a similarity? You decide!

Tappei Nagatsuki, the author of Re:Zero, had said that Minerva-tan was the easiest person to fool in the entire story of Re:Zero. This is because she is too kind and can be easily deceived by bad men. This trait eerily similar to Emilia’s, though the latter might have gained some prudence after spending enough time with Subaru.

It doesn’t stop here. When you look at Minerva’s clothing style, it is close to what the Elves wear. The white tunic that she wore over her torso and the gloves are similar to what Fortuna and the other elves wore. This could be because Minerva herself was close to the Elves. She might have picked up their attire after spending a good amount of time with them.

In the web novels for Re:Zero, it was Sekhmet who came to speak with Emilia in place of Echidna. Sekhmet mentions to Emilia that other than her, Minerva was the only witch (along with Echidna), who could hold a decent conversation. However, when Sekhmet mentions the name Minerva, it gives rise to some interesting emotions in Emilia.

She felt that the name made her horribly nostalgic. It was something that could stimulate her memories. It evoked the thought of someone very close to her, even though she did not have any memory of that name in her current or recovered memories.

Even in the web-novels, Minerva does not want Emilia to see her face. We wonder why that could be? All of these hints are enough to conclude that Minerva is Emilia’s mother right? Right?

While there are a lot of circumstantial evidences that make us believe Minerva could be Emilia’s mother, there’s an equal number of factors that deny this possibility. Could this get any more confusing?

Emilia at the most is 120 years old, physically (mentally she is around 15). There is no way a person who died 400 years ago could be the mother of a child who is 120 years old.

It is no secret that Echidna totally hates Emilia. In fact, in his Twitter Q&A on Echidna’s birthday, Tappei has reaffirmed that the person Echidna hates the most is Emilia. Like we explained in our previous blog, Echidna’s hate for Emilia is somehow influenced by her mother.

If Minerva is Emilia’s mother, then it would mean that Echidna does not have a very good relationship with Minerva. That is however not true. Out of all the Witches, Minerva is the closest to Echidna.

While Echidna may not think of her as a close friend (Dona is a loner), she still liked spending time with the Witches. In fact, the witches were the only people who were close to her. So, there’s no way Echidna would begin to hate Emilia because of Minerva.

Apart from the motherly affection, another thing that stood out in Emilia and Minerva’s interaction after the third trial was Minerva admitting that she knows Emilia’s mother quite well.

She compares Emilia’s personality to that of her mother’s and says that she has grown to be stronger. This piece of information could go either way. It could either be extreme dramatization on Minerva’s part, referring to herself in the third person. Because if she indeed is Emilia’s mother, then she would obviously know herself very well right?

But that does not seem to be the case. This conversation only strengthens the point that Minerva is not Emilia’s mother. But she obviously is someone who knew her very well. Minerva obviously wanted to talk to Emilia about her mother, but she couldn’t because of a promise that she made.

Yes, I know her very well. But I will say nothing of her…I have promised not to.

What to make of Minerva’s behaviour?

Now that it seems Minerva is not the perfect candidate to be Emilia’s mother, what can we make of her behaviour, especially the affection she showed to Emilia?

Emilia’s mother was known to both Echidna and Minerva, so it goes without saying that she was alive 400 years ago. And looking at how emotional Minerva got while talking to Emilia, it is possible that she could be her aunt. Emilia could be her sister’s daughter? Or the daughter of someone she knew very well?

After Minerva died, her Witch Factor might have passed on to Emilia’s mother? Flugel did somehow collect Echidna’s Witch Factor. Could Minerva have willingly passed on her WF. While this is tinfoil territory, it still is an interesting angle that should be explored.

Could that be why she is so emotional when she is talking to her? Minerva was killed by Satella (the Witch of Envy persona of Satella to be precise). If Emilia indeed travels back in time to become Satella, would it alter the course of events, if she sees Minerva’s face beforehand? Is that why she hides herself. Again, tinfoil territory, but an interesting angle nevertheless.

What are thoughts on the identity of Emilia’s parents? Will they be revealed in the series soon? Let us know your opinion in the comments section!