Skip to content
Home » Series » Naruto » Is the Tenseigan Stronger Than The Rinnegan? 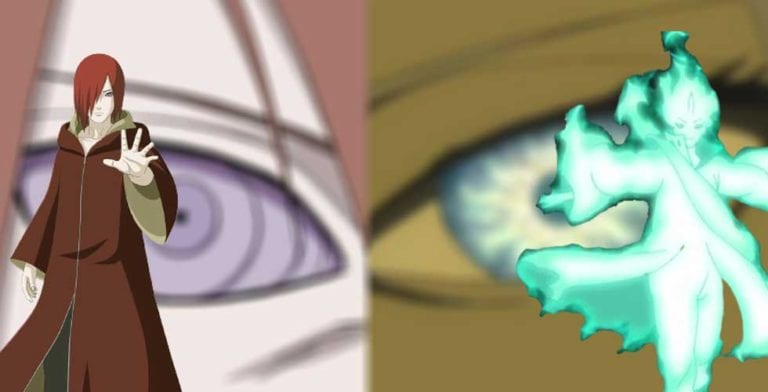 Tenseigan is a dojutsu originally used by Hamura Otsutsuki, the younger son of Kaguya Otsutsuki and the brother of Hagoromo Otsutsuki i.e. The Sage of Six Paths.

Since Hagoromo used the Rinnegan, many fans have wondered whose dojutsu is stronger for a while. Is it the Rinnegan? Or the Tenseingan? In this article, we’ll expand on this topic and compare both of the dojutsus to find out which one is stronger.

So without any further ado, let’s get right into it!

To find out both of the dojutsus,  let’s understand their powers/abilities first and then compare them!

Contents hide
The powers of Tenseigan:
So, which Dojutsu is stronger?

Tenseigan Chakra Mode: Considered to be as strong as Naruto’s Nine-Tails Chakra Mode; the user gains Truth Seeker Orbs when using the mode.

Now, many of you will think Tenseigan’s chakra mode is weak because Naruto defeated Toneri with a single punch. But let’s not forget, Naruto had to channel all his chakra and Sage Powers at a single point. The massive power on the impact would have One-Shot anyone. A great analogy would be that of Tsunade/Sakura’s punches, she gathers chakra in her fist and then releases it at the point of impact. Thus, causing massive destruction, even though she’s not even close to Naruto’s power levels.

It is an insanely strong Dojutsu; this goes without saying as Hamura Otsutsuki used it. The truth-seeker orbs can prove to be crucial in a battle, and the destructive power could do wonders against someone like Isshiki Otsutsuki.

The powers of the Rinnegan:

The common abilities provided by Rinnegan are:

User Specific Abilities: The Rinnegan also grants its users with abilities exclusive to the individual. Some known abilities are:

Limbo: Madara had the ability to create “Limbos”, i.e. Shadows of himself in an invisible world that coexists with the “original/real” world. This world is impossible to see/sense unless one has the Rinnegan or the Sage of Six Paths chakra. These Limbos are as strong as Madara and can be damaged only by using “Six Paths Senjutsu”

Amenotejikara and Portals: Sasuke’s Rinnegan grants him an ability called “Amenotejikara”, which allows him to switch places with people and objects in a specific range. The Rinnegan also lets Sasuke open space-time portals, allowing him to travel through dimensions.

Chakra Absorb: Although all Rinnegan users can do it, Momoshiki Otsutsuki can absorb chakra using his Rinnegan on his right hand, and amplify and release it using the Rinnegan on his left hand. Moreover, the dojutsu also allows him to convert any living being into edibles, which can be considered to be small fractions of the Chakra Fruit in a sense.

So, which Dojutsu is stronger?

To keep it straight, the Tenseigan is stronger than the Rinnegan. Wait, before you jump at me, hear me out!

As stated above, the Tenseigan grants its user with the Truth Seeker Orbs, which are weapons of mass destruction. Moreover, they provide superior control over the five basic nature transformations. The Tenseigan Mode is capable of mass destruction, as Toneri was able to slash the moon in half with just one hit! The mode is considered to be on par with Naruto’s Rikudou Senjutsu enhance Nine-Tails Chakra Mode. It even provides the user with powers capable of trapping its opponents which is situationally better than Chibaku Tensei.

Its only backdrop is the fact that awakening Tenseigan is much rarer than Rinnegan; which could work out as a high-risk high reward ability since the recent villains in the series have been insanely strong and dealt heavy damage even to Naruto and Sasuke. However, it’s a very close call, because Rinnegan is quite strong as well. The Rinnegan grants its user an array of abilities, while the Tenseigan is more “power” based.

However, it becomes completely different when we’re talking about the Rinne Sharingan. The dojutsu by far is the strongest in the Naruto and Boruto verse. With overpowered abilities like being able to cast the Infinite Tsukiyomi and transport through dimensions in the blink of an eye, and provide protection against Infinite Tsukuyomi etc.

What are your thoughts? Do you agree? No? Why? Let us know in the comments below!

3 thoughts on “Is the Tenseigan Stronger Than The Rinnegan?”