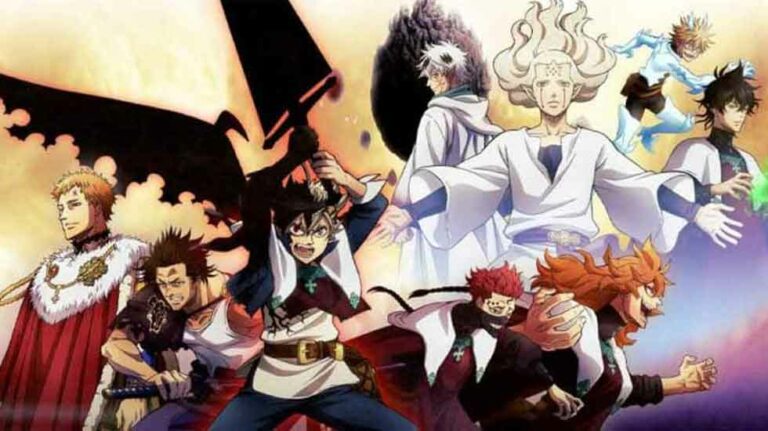 In manga-based anime, fillers have been used to put distance between the anime and its source material, preventing an overlap that would cause trouble for both forms of the series. But sometimes for this reason, the series becomes boring. Thus the following Black clover filler list will show you which episodes are filler in the series or exclusively from the anime and were not adapted based on the manga.

We have prepared this list so that you can skip or avoid the Black clover fillers that you think you do not want to see and enjoy the series more!

In a world where magic is everything, Asta and Yuno are both found abandoned at a church on the same day. While Yuno is gifted with exceptional magical powers, Asta is the only one in this world without any. At the age of fifteen, both receive grimoires, magic books that amplify their holder’s magic. Asta’s is a rare Grimoire of Anti-Magic that negates and repels his opponent’s spells. Being opposite but good rivals, Yuno and Asta are ready for the hardest of challenges to achieve their common dream to be the Wizard King.

Black Clover is an ongoing anime series that started in 2017. So far 170 episodes of Black Clover have been aired. With a total of 17 reported filler episodes, Black Clover has a very low filler percentage of 10%.

SKIP-Episode 66: The Secret of the Eye of the Midnight Sun

SKIP-Episode 68: Battle to the Death?! Yami vs. Jack

SKIP-Episode 134-135: Those Who Have Been Gathered; The One Who Has My Heart, My Mind, and Soul

Black Clover does not have a long list of Filler episodes but still in some cases they may become a hindrance. Not that these anime original episodes should be shunned forever, but it is advisable to watch them at your leisure. I hope this article helps you to enjoy the fullest of this series. To seek more Black Clover articles, check them out here! Until next time, mata ne ^-^