Who Is Yelena? Does She Like Zeke In Attack On Titan? 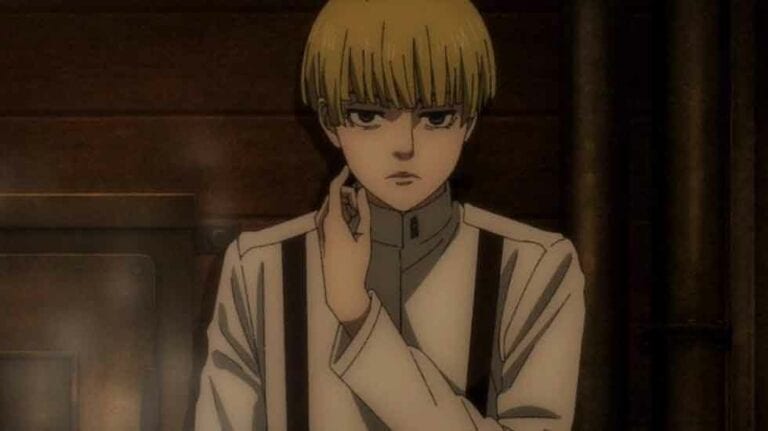 As the plot of Attack on Titan crossed borders and took viewers across the ocean, a host of new, unknown characters came into the picture. One of the most influential among them was Yelena. Yelena is a woman!

Yelena claims to be someone who wants to help Paradis stand on its own and be free. But, wait!! Who exactly is Yelena you wonder. Being introduced as a major character out of the blue, fans found it difficult to wrap their head around this new character. Especially when you consider the time skip.

What is Yelena doing in Paradis? Who is she? What are her goals and motives? Let’s break them down in this article.

Warning: The following article may contain spoilers from Attack On Titan manga. Read ahead at your own discretion!

Contents hide
Who is Yelena?
Why is Yelena helping Paradis?
Zeke and Yelena:
Before meeting Zeke:
Does Yelena like Zeke?

Yelena is an ardent follower of Zeke Yeager. She is the leader of the Anti-Marleyan volunteers that he formed. She was a key figure in getting Zeke’s plan across to Paradis and securing terms for his arrival on the island.

We first come across Yelena in the series during the Raid on Liberio. Here she is seen luring Porco and Pieck to trap them and take them out of the battle. Unsuccessfully that is. Many might have mistaken her for Armin at first glance.

However, this misunderstanding is cleared as her identity is revealed in the airship. We see her standing next to Zeke, who had just betrayed Marley, as Jean berates her for failing to contain the Cart and Jaw Titan.

Yelena is later shown to have been working with Paradis and the Scouts for close to three years.

Why is Yelena helping Paradis?

Yelena is helping Paradis under the orders of Zeke Yeager. She first came to the island three years ago as part of the scout fleet sent by Marley. Betraying the Marleyans on the ship, she established contact with Hange and the scouts.

This shows that Yelena had no qualms in getting her hands dirty in order to achieve her goals. This was partly due to the admiration that she had for Zeke and his goals.

She was the one who set things into motion for the Raid on Liberio by meeting Eren in secret. After the Raid was done, she was detained by the Military police for her actions.

But the question that begs to be answered is whether she is actually helping Paradis. Does she really mean to save the Eldians? The answer is no.

She is only trying to help Zeke achieve his goals by tricking the Military Police. Her motives remained hidden even from the Anti- Marleyan volunteers too, proving that her allegiance was to Zeke and Zeke alone.

Yelena first met Zeke during the Marley Mid-East War. Zeke apparently saved Yelena’s life during the war (chapter 106). His concern for a lowly soldier like herself made him stand out as a God in her eyes.

She is committed to Zeke’s cause and carries out his commands without any questions. Yelena does not mind going the extra mile to take out any opponents in her way. As Onyankopon tells Hange, she killed her own teammates when she doubted they were against Zeke’s plans.

From her actions, Yelena could be called a sociopath, finding joy in the suffering of others. But it could also be seen as an extreme case of her admiration of Zeke and her enthusiasm in achieving her goals.

Yelena told the Military Police and other members of the Anti- Marleyan volunteers that she came from a country that was invaded by Marley. However, all of this was fabricated. She used this sentiment to gain the trust of the other volunteers.

Yelena actually was a Marleyan. She however despised the expansionist policy of her country. She and a group of soldiers who were forced into the military tried to rebel against Marley. But it was not until Zeke came by that she began working in earnest against Marley.

Yelena is shown to be very close to Zeke. She is the only person who is privy to the complete extent of his plan to ‘save the world’. One could go to the extent of saying that theur relationship is platonic.

However, it would be accurate to say that Yelena revers Zeke. She may not like him in a romantic way. In her eyes, Zeke is someone who would save the world. It is for this reason that she follows him around and places complete trust in his Euthanization plan.

What are your thoughts on Yelena? Let us know your opinion in the comments section!