Attack On Titan: Why Did Zeke Give ‘Spinal Fluid Wine’ To Paradis Military?

Knowing Zeke, there has to be an ulterior motive for every action of his right? So what does he plan to achieve with the wine 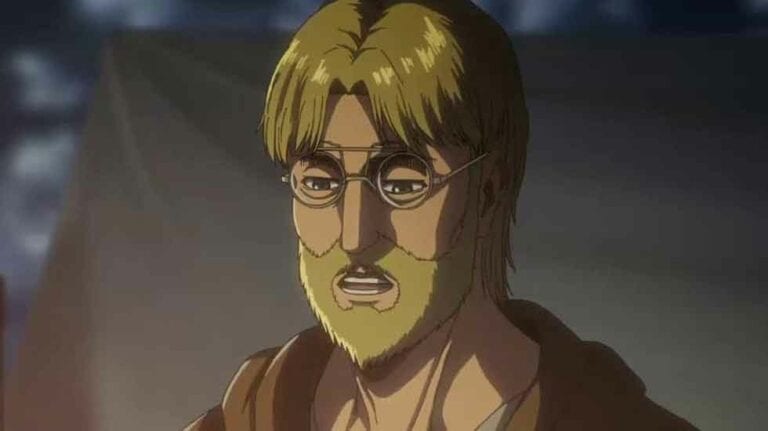 Here we go again. Attack on Titan dropped a subtle hint when we were shown Niccolo holding a bottle of wine with ominous music and a sombre expression. In the latest episode Hange too caught on to something and rushed to the restaurant where Niccolo was stationed.

Everyone watching could tell that something bad was going to happen with Niccolo and that wine. Anime watchers wonder what and manga readers cover their eyes in fear. What exactly is so scary about that wine?

WARNING! The following article contains major spoilers from the Attack on Titan manga. Please read ahead at your own discretion!

Contents hide
Why did Zeke give secret wine to Paradis?
How does the wine help Zeke?
Why wait a month before enacting the plan?

Why did Zeke give secret wine to Paradis?

What makes the wine dangerous? In a nutshell, Zeke’s spinal fluid is mixed with the wine. That means everyone who drinks the wine has the potential to explode into a mindless, pure titan if they are in the range of Zeke’s shout.

They can then be controlled by Zeke as they are born from his titan’s spinal fluid. Therefore, this wine can potentially be the ultimate way for Zeke to turn the tides against any army.

As for why he did it, it was the ultimate contingency plan. Zeke revealed his plan to Paradis and agreed to peace, as long as his demands were met. The final demand was to meet Eren and activate the Founding Titan with Zeke’s royal blood.

Zeke did not trust Paradis or it’s MPs though. He had multiple back-up plans to ensure that his way would prevail. The Beast Titan was sought after by Paradis MPs, and Zeke was adamant that Historia inherit it and pass it on. This ultimately led to Historia getting pregnant so that Zeke would live longer.

How does the wine help Zeke?

In case things went south, Zeke intended to convert the MP’s of Paradis to mindless Titans who would obey his orders. This would essentially take them out of the picture.

Zeke also offered the wine laced with his spinal fluid to Levi and his soldiers. These were the people who were supposed to guard Zeke. Levi doesn’t have a sip, but the rest do. This is key. When Zeke knew he wasn’t going to get his way and was trapped, he roars and turns Levi’s own soldiers against him.

However, this isn’t the only place that the wine comes in handy. Marley decides to surprise attack Paradis. The Survey Corps decide to meddle. The situation becomes quite a mess and it looks like both Zeke and Eren are overpowered and can’t touch, even though they are just meters away from each other.

Cue the Beast’s roar. Everyone, including the MPs, including even Falco, get turned to pure titans and start rampaging through Paradis, giving Zeke and Eren a chance to touch.

Why wait a month before enacting the plan?

It is awful convenient how this all plays out, though. They wait a month. Marley attacks at the same time. Historia gets pregnant. Everything happens on time. Almost as if it was a story being written.

Jokes aside, it all makes sense. Reiner, smarty-pants that he is, demands that Marley attack immediately to surprise Zeke and get the traitor back. Marley launches an attack accordingly, as soon as they could.

As to why they waited a month, both Zeke and Eren meant, and still mean no harm to Paradis or its citizens. They fully intended to enact their plan peacefully. Alas, Paradis and Marley intervened and they were forced to play their violent hand and meet at a pre-planned time and place.