Attack On Titan: Is The Worse Yet To Come?

For now, it seems that Eren's final plan has come to a halt. Maybe? Well, we could be totally wrong about that! 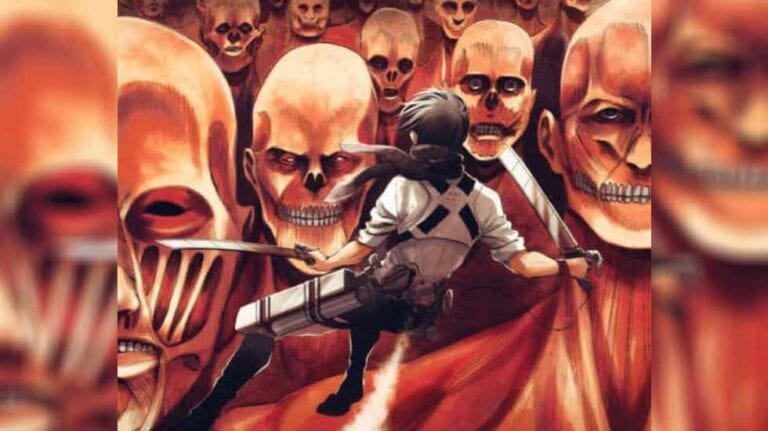 WARNING! The following article contains major spoilers from the Attack on Titan manga chapter 137. Please read ahead at your own discretion!

Attack on Titan’s chapter 137 caused a few waves in the manga world. With a surprise reveal of a character waving himself to death and a surprise reveal of The Rumbling and how it works. For now, it seems that Eren’s genocidal plan has come to a halt. Maybe? Well, we could be totally wrong about that!

There is no explicit explanation. Goddamnit, Isayama. Let’s talk about The Rumbling and why it stopped, shall we?

After a very suspicious scene of Armin and Zeke having a conversation in Paths, a lot of dead people coming back and some forced, emotional scenes, Zeke comes out of the Founding Titan’s bones (did we mention suspicious?) and waves at Levi.

Yes. You read that right. He waves at him and basically offers up his life for Levi to kill him. And of course, Levi cuts Zeke’s head straight off. This kills Zeke and cuts Eren’s connection to Ymir. He can no longer control the Founding Titan’s powers.

With the royal blood gone, The Rumbling comes to halt. But the Colossals stopping in their tracks does not give us respite. They have only stopped and not started disappearing!!

This is where we need to start theory crafting. What could be happening? One theory is that no one controls the titans anymore. And this is one of the reasons why we feel that the worst is yet to come!

If you think back to when we first saw that the wall had titans in it in chapter 34, Pastor Nick specified that sunlight should not hit the titans no matter what. He implied that the sunlight would activate them to go on a rampage eating humans.

Based on what happened then, there is a high possibility that these wall titans who have now been set free could become mindless and start eating humans left and right around the world, destroying even Paradis.

Since the threat is so strong and huge, it would be pretty hard to stop them. Also, there is no Eren to control them now. Meaning, it could be a disaster of unprecedented scale.

Eventually, these titans would raze the world and end up back in the ground, resetting the world of Attack on Titan. Maybe even resetting time and creating a loop.

Let’s not forget that Ymir can still make the titans stop. Or so we think. Unless it is imperative that royal blood’s order is needed to make things work. If that is the case then we need not worry much. But, since her motives are pretty much in the dark, there isn’t anything we can speculate.

What do you think? What happened with The Rumbling? What is going to happen in the two remaining chapters? Let us know in the comments below!