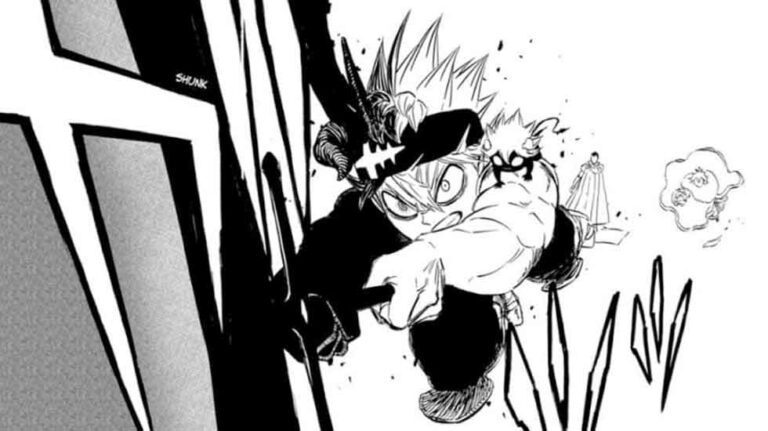 Last Sunday brought Chapter 281 to us, and I had to take two days to recover from it. Not in a good way. So in this article, I will let out all the thoughts that came to my mind over these days. I had great expectations from the chapter after chapter 280, but all fell flat on the face.

These views are extremely subjective, though, so don’t go hating on Black Clover (or me) just based on one chapter. 😛

In a critical light, I agree that Black Clover’s plot is not one of the most complex ones out there. And I get it. Not every other story has to be deep to leave a mark on your mind.

But Black Clover has always done well with building its characters and discarding basic tropes like friendship no chikara for developing their arcs. However, Chapter 281 did not live up to the standards set by the manga itself.

The imbalance of character development.

Black Clover’s well-rounded and balanced approach to developing all characters is a point that drew me to it since day one. However, lately, this scale has been tipping in favor of Black Bulls and especially Asta.

The presence of the Black Bulls and Asta many a time overpowers other characters and squads. How many chapters has it been since we last got any update about the Silver Eagles? I do not even remember the names of the Golden Dawn members.

I can let it pass that not every member of other squads can be explored in detail. But Tabata-sensei does have a lot of characters at hand to exploit the narrative potential.

Of course, some might disagree. But it is important to remember that this story is not just about Asta or even the Black Bulls. As much as I love Yami-san, I also want to know more about William, or even Dorothy. After their fight with Noelle and seeing her magnificent development, what are the thoughts of Solid and Nebra? It is likely they went on a self-reproach path and aimed for a better version of themselves.

The battle for the Royal Knights had given us insights into a lot of characters, and I was very excited for them to have more development. Even the narcissistic Kirsch Vermillion had high narrative potential. But we never saw him again, just like all the other characters.

This imbalance even softened the impact of Yuno’s backstory. It is almost like Yuno is only there to give that one push to Asta to become the greatest.

In my other pieces, I wrote that I hope the other squads show up after the mortal dangers that lurk over the Clover Kingdom. After all, it is not just the Black Bulls who trained so hard. My prayers WERE answered, yes, but it was a short-lived utopia.

Asta comes to save the day, again.

I was very excited to see Solid and Kirsch on the battlefield, leading from the frontlines. Even Julius using his magic did a number on me. I completely hadn’t expected he had mana reserves for an emergency. Damnatio playing a part in something other than court rulings was a good move too.

I was fascinated by this quick fix combination and how it would work. Indeed, it was supposed to be a tough battle, but I believed that the magic knights would somehow manage. Even if that meant escaping by a mere hairline for the magic knights.

A thing that irks me in most shounen mangas is the overdependence on the MC. I (just like so many other fans) was theorizing about the possibilities after Asta achieves temporary stability (irony, LOL) in his Devil Union. Would Dante defeat Asta with his 100% powers?

Asta can’t spend his energy on other things right now, with the Spade Kingdom situation absolutely haywire. Three days surely might not have been enough to make Asta OP, right? But apparently, we were wrong.

Asta woke up from his practice hibernation to immediately join the Clover Kingdom’s battle against the demon, and that too using his Devil Union. A person who was deemed “weak” not even a week ago suddenly has enough power to spend his time on a demon! I understand anime logic, but does Asta not have more important things to handle? Like his kingdom’s magic knights at death’s doorstep?

If this move is only and only to display Asta’s heroism in public after the Devil-Believers arc and show Damnatio his importance to the kingdom, well. It is not a very good move, I would say. There must be other ways to convince Damnatio to not execute Asta, right? Instead of a puny fight with the demon, I would rather see Asta clashing with Lilith and Namaah.

Can the magic knights once save the day without Asta or Yuno? Well, we will never know now.

Speaking of not knowing, the information on the origins of demons was extremely abrupt. There could have been multiple ways to deliver this piece of information about a whole new ‘species’ existing in the Black Clover kingdom. We know that elves turn into demons, but suddenly humans do too? And how did nobody realize that the Dark Triad released such a big weapon? It makes lesser sense the more you think about it.

I mean, I am sure it was not just us who thought the Clover Kingdom’s demon was actually Licht’s demon revived. These loose ends about multiple things leaving us in oblivion turn into confusion at some point. I would more than appreciate it if we get foreshadows about some things at this point.

I hate to say it but this chapter felt longer than it should have. The pacing was much different than the other chapters, which again points to the lack of focus on other characters. I accept that the Dark Triad are the most important enemies currently, but the demon is not any less of a threat.

It almost felt like a lag in the story instead of addition until Asta showed up. I am not sure, but somehow the pacing also planted a premonition in your head that “oh, the other people definitely can’t do anything without Asta or the others!” which doesn’t sit right with me. Like the story, the magic knights are not the magic knights because of Asta or Yuno or any individual.

I sincerely hope this chapter is not a step in the direction of my worst fear: Black Clover turning into a no-brainer generic shounen.

All that being said, the reason this chapter left a sour taste behind is that I am an enthusiastic fan of Black Clover. I dearly love the characters and even look forward to the feel-good factor. Despite some opinions, Black Clover has held its ground regarding some points I enjoy.

Another thing I appreciated from the chapter, first. Asta appearing right after the line “In this world, magic is everything” was a stroke of genius. It landed right where it impacted the most. Asta has come so far from just being a magicless boy.

Asta is an incredible MC who is a breath of fresh air from the generic trope “an unskilled character becoming skilled overnight” in many shounen mangas. He fails, falls, learns, and fights to grow stronger. Similarly, the side-characters’ stories are often heart-touching too and create attachment in the viewers/readers.

The themes covered in Black Clover are unique too. They might look immature on the surface, but they hold deep significance. Even the nomenclature of characters and phenomena allows digging deeper into the story.

Yes, the latest chapter was pretty underwhelming, if not frustrating. When your cherished animanga dips from its appreciative standards, it hurts in so many ways. I am hoping for a revival by Tabata-sensei because I still believe in his storytelling skills. Hopefully, now that the anime has announced a break, the mangaka will get more time to work on his story.

Do not forget to support the official release on Viz! I would love to hear your opinions; comment below! Until the next chapter.