Skip to content
Home » Series » One Piece » One Piece: Will Zoro Kill/Defeat Kaido?
One Piece

If you breathe One Piece, then this question might have struck you. While we would love to see Zoro making fine sushi out of Kaido, it isn’t an established fact that he would be the one to take down the big fish. Well, not yet at least. Let’s change that, shall we? Ever since the … 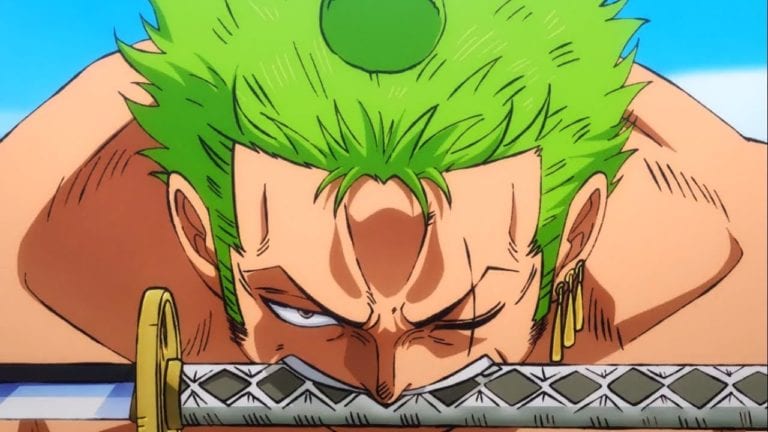 If you breathe One Piece, then this question might have struck you. While we would love to see Zoro making fine sushi out of Kaido, it isn’t an established fact that he would be the one to take down the big fish. Well, not yet at least. Let’s change that, shall we?

Ever since the Wano arc began, we knew Zoro will make his way to the central scene. Maybe it was his status as a master swordsman or his uncanny connection with Wano, we all had this bubbling feeling that he might increase the “scar collection” of Kaido. But is it really plausible to believe that Zoro will make the decisive blow?

Of course, Zoro is strong and is easily one of the strongest swordsmen in the world. But this is a Yonko we are looking at. Kaido was strong enough to bring the Scabbards to the brink of death. To make it even worse, Big Mom is there to back up Kaido. So, it won’t be a cakewalk for Zoro but –

That pretty much seals it, if you ask us and well, you are asking us. In chapter 1002, we saw Kaido desperately trying to evade the onslaught that Zoro unleashed upon him. Even Big Mom was shocked by the power of this swordsman of the Strawhat Pirates. Interestingly, fans believe that Roronoa has not unleashed his true power yet.

The attacks he delivered was just a slight glimpse of what he is truly capable of. What makes it even better is the fact that Zoro isn’t utilizing his complete strength.

Kaido was able to sense the essence of Oden exuding from Enma. For a while there, he felt like he was standing against Oden himself. So, we can assume that Oda is trying to paint a symbolic sense into this fight.

Zoro standing against Kaido means he wields the spirit of Oden. The battle that was once left unfinished, Zoro is here to finish it now. At least, that’s what we can draw from the current flow of the story. Let’s not forget that this battle is about Wano and the Scabbards and the legacy of Kozuki Oden.

From what we see, Zoro is about to use a piece of that legacy and strike it in the heart of Kaido.

There was a lot of foreshadowing that was “spread over” by Oda in the shape of cover pages of One Piece chapters.

On the cover page of chapter 929, Zoro is seen wielding a scythe, which is quite unusual to his style. But in chapter 937, he uses a scythe against Kamazo. A coincidence? Well, on the cover of chapter 937, Roronoa is seen reading a map that holds the kanji “Enma.” In chapter 953, he gains Enma.

The cover page of chapter 992 shows Zoro is eating from a bowl that carries the design of a blue Asian dragon with a full-moon night. The raid on Onigashima is taking place on a full moon night. And the Asian Dragon could be none other than Kaido.

So people, use your imagination. We hear dragon meat tastes delicious when served in a bowl, just saying.

Ryuma is the folk hero of Wano who had slain a dragon in his days. It was believed that his sword Shusui turned into a black blade after it had tasted many battles. Zoro was the only one who is known to wield Shusui and now he earned the right to hold Enma.

Could it be that Ryuma pointed Zoro to Wano by bestowing his blade on him?

It was hinted by Hitetsu that Enma could evolve to a black blade in the hands of Zoro. We see that history is repeating itself yet again. When Ryuma slew a dragon, it brought the era of ever-flowing peace to Wano. In the current flow of time, the end of Kaido would nurture yet another era of peace in Wano. It looks like even fate itself is cheering for Zoro to bring down the Yonko.

The 9th Shadow from Prophecy?

According to the prophecy of Lady Toki, 9 shadows will be the harbingers of Orochi and Kaido’s fall. It was believed to be the 9 retainers of the Kozuki Oden would be the ones who fade the flames of Kaido.

But right before the grand battle, we are acquainted with a startling discovery. Kanjuro is a traitor amongst the Scabbards and has been serving only his true master Orochi all along. We can only say that there were only 8 retainers, to begin with. But what of the 9 shadows who were to pave the way for bright dawn in Wano.

However, in the subtle background, we saw a connection flowering between Zoro and the land called Wano. After the public execution of Yasuie, Roronoa swore to cut down Orochi. Later, he was entrusted with Enma as a replacement for Shusui.

During the raid, Zoro declared he would finish what Oden couldn’t 20 years ago. What if he is the 9th shadow in the prophecy of Lady Toki?

So, do you think Roronoa will be the one to defeat Kaido? Will he be the one to land the final blow to the Yonko? Tell us what you think in the comment section down below.