Skip to content
Home » Series » One Piece » One Piece: What Will The Tragedy At End Of Wano Act 3 Be?
One Piece

One Piece: What Will The Tragedy At End Of Wano Act 3 Be?

The Wano Arc follows the pattern of the well known Japanese Kabuki play. Right now, the arc stands on its 3rd act which always ends in a tragedy, as per the design of Kabuki Play. Now, this begs the question – what tragedy are we looking at? And yeah, spoilers ahead so read at your … 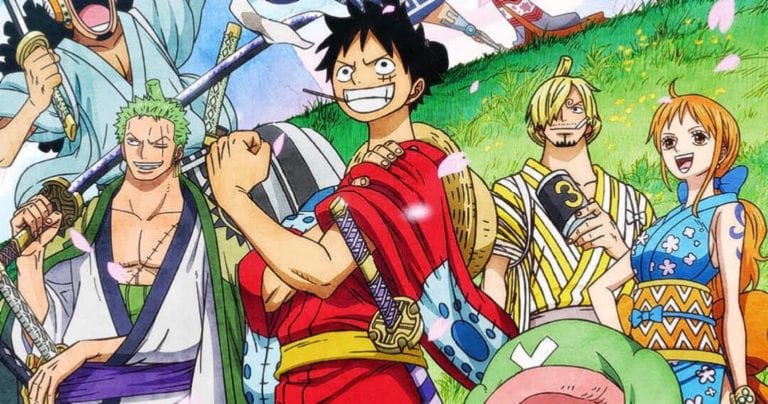 The Wano Arc follows the pattern of the well known Japanese Kabuki play. Right now, the arc stands on its 3rd act which always ends in a tragedy, as per the design of Kabuki Play. Now, this begs the question – what tragedy are we looking at? And yeah, spoilers ahead so read at your discretion!!

To be fair, there has been so much “tragedy” in the Wano Arc that the tale of “Romeo and Juliet” feels like a romantic comedy. First, you have a whole bunch of citizens who are fed with defective smile fruit. Then, Shimotsuki Yasuie, the former daimyo of Hakumai is publicly executed. Oh, and we find out that Kurozumi Kanjuro, one of the 9 Scabbards is a traitor and has been loyal to Orochi the whole god damn time.

Now, the Scabbards are defeated and the Luffy-Law-Kid trio has to face the combined might of not one but 2 Yonkos. Why? Because it’s Yonko sale – fight one get one free. So, what could be this tragedy of the 3rd act?

This is where Kaido’s New Onigashima Project takes its first breath. Kaido will shift his entire base(Onigashima) to the Flower Capital of Wano Kuni. Yes, against more “difficult options” like simply shifting himself and his crew to the Flower Capital, the Yonko decides to move the entire island to the mainland of Wano. It’s just an island with a skull not a 4-BHK flat in Tokyo.

If Onigashima does reach the Flower Capital, then it would be bad news for the alliance. Firstly, Kaido would partially succeed in realising his New Onigashima Project. Second, it won’t be easy for Luffy and the others to fight with the people around. So, not only they would have to face Kaido, but the alliance will also have to make sure that the citizens of Wano are safe. That’s like fighting with a handicap.

Death in the Family

Let’s admit it, we all know there will be some heart-breaking “goodbyes” by the end of the Onigashima raid. The 9 Scabbards have been defeated by Kaido. Now, it’s Luffy, Law, Kid, Zoro and Killer in the ring against the 2 Emperors of the Sea. It could be that one of them might not see the rising sun. Big Mom and Kaido are formidable opponents. Plus, they haven’t revealed their true strength. So, things could go south for the ninja-pirate-mink-samurai alliance if the Yonkos come up with some new tricks.

Could it be that Law might sacrifice himself to save his allies? Or maybe it could be one of the Scabbards? No one knows for sure except Oda. The death of a central character can pronounce a massive tragedy that we all don’t wish to see. A non-serious Kaido was able to completely overpower the Scabbards. Now, there are 2 Yonkos standing against 5 pirates. Things will be difficult for the young pirates.

The raid on Onigashima failing is, more or less, the compilation of the two tragedies we have mentioned above. If the raid fails, then it would mean that Onigashima has merged with the Flower Capital. It could also mean that the alliance has lost some important members. There wasn’t much of a chance for the success of the raid. Everyone was prepared for the failure (barring the audience). There are thick reasons that painfully point towards the imminent failure of the raid.

If you want to find out how or why the raid on Onigashima could fail, then you should probably read this.

Even though our Luffy and the others have come to save the day, the risk of an impending tragedy still looms. This is the 3rd act of Wano and as per the tradition of Kabuki Play, it never ends on a happy note. Even though we are optimistic people, there are possibilities that can’t be denied. Speaking of possibilities, we discussed some here. How Onigashima could get “cozy” with the Flower Capital. The possible death of an alliance member and the possible failure of the raid. Well, it seems we have covered all possible angles that could make us cry all night.

So, what do you think of the 3rd act of Wano? Do you really think that a tragedy is hovering over the alliance? Is it possible for the raid to fail completely? Could the alliance lose an important member at the hands of the Yonkos? Let us know what you think in the comments section below.