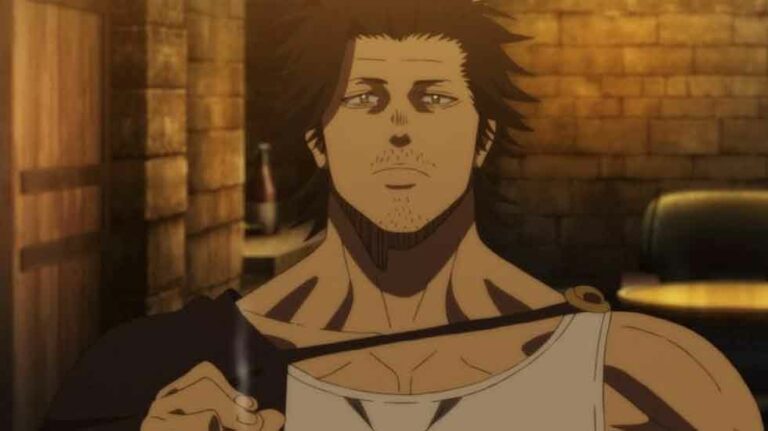 The oddest magic squad in the Clover Kingdom is the Black Bulls and the captain of this squad is odd too. Yami-san might be a foreigner in the kingdom, but he has proved time and again that he is more than worthy of his captain title. He is one of the strongest mages in Black Clover while also being observant and compassionate about his squad members. Thus, he is not only loved by his squad but also by all Black Clover fans.

The Dark Triad brought a few hair-raising moments with them, and one of them is Yami and Asta’s fight with Dante. They won but in a moment of carelessness, an unfortunate event took place leading to the question:

Contents hide
Is Yami dead?
Will Yami die in the future?
What will happen if Yami dies?

The answer to this question is simple (for now): no, Yami is not dead in Black Clover. Not yet, at least.

At the appearance of Dante, the Black Bulls had already fallen in fight against his overpowering strength. Yami stepped in and it took his and Asta’s blood, sweat, and tears to render Dante unable to fight. The ferocious battle truly took a toll on all the Black Bulls and just as Yami thought of tying Dante up, an unforseen event left everyone stunned.

This event was the sudden appearance of Zenon by his Spatial Magic. He used his Bone Magic to capture Yami and rescue an injured Dante. For what though? The Dark Triad wants to conjure the Tree of Qliphoth to release the strongest devils of the Underworld in the human realm. For the Tree of Qliphoth, the Dark Triad needed two arcane stage mages: William and Yami.

As of now, Yami (along with William) is captured in the Spade Kingdom and held captive at the center of the Tree of Qliphoth spell formation. The spell is relying on their mana to activate. Once the Tree has fully grown, it will also mean the end for both of them.

Will Yami die in the future?

If you ask me to be honest, no. We will probably see Charlotte rescuing Yami as he rescued her from the curse. Yami is a pivotal character with a lot of narrative potential left to be explored in the story. His relationship with Nacht’s brother is unclear now too. Not to mention that Yami nearly seemed doomed in the Eye of the Midnight Sun arc, but he came up with a new move instead. Besides, Yami is that one character everybody in the fandom absolutely loves.

That being said, at some point in the story Tabata-sensei MIGHT kill him off although I don’t know what villain has enough power to kill him without dirty tricks, that is. Or who knows, Nacht just might kill him out of spite after rescuing him. 😛

What will happen if Yami dies?

Charlotte will regret not confessing.

Jokes apart, I think Asta will become the new Black Bulls captain. Nacht doesn’t seem the type to assume the captain position, and we all know all the squad members cherish him a lot. We might see Asta having an emotional breakdown because after his family in Hage, Yami is the closest father-figure he has had. Julius will face similar emotional turmoil because Yami can be called his best friend in a way. And while most captains don’t show it, they also respect Yami for his powers.

But we really don’t want to see Yami dying, do we? Please just let him marry Charlotte or retire when he wants or whatever Tabata-sensei!

Do you have any idea if the Dark Triad’s plan will succeed, killing Yami? Or do you think he will survive? We will keep this article updated with what happens, so until then, the comment section is yours!