Divine Energy or God Ki is a hot topic of discussion among the fans of Dragon Ball Super. Discussions range from how it is different from regular Ki to whether mortals can use God Ki or not. It is a mysterious type of Ki which only Gods know about it in detail. But so far, it is not explicitly explained by the writers of the series.

If you google about God Ki, there are a wide variety of sub-topics that are talked about. But there are a particular variety of questions that are asked more by fans. Questions on whether this person has God Ki or not and what the implications are if that person has it. In this write-up, I’ll be attempting to give brief answers to some of the frequently asked questions on God Ki.

Does Ultra Instinct use God Ki?

Ultra Instinct (UI) is a technique in which the user has learned to clear his mind so much so that he lets his body act on instinct, resulting in each and every part of the user’s body act on its own. To awaken God Ki, one must practice clearing one’s mind, raising the level of consciousness and increasing stamina. This training must be supervised by an expert God Ki user. Since Ultra Instinct is a technique of the Gods, it does require God Ki to use it.

As discussed in the article on whether mortals can use God Ki, anyone can awaken and harness it but, it requires intense training of the mind and body that it is rare for a mortal to acquire Divine energy. Achieving Ultra Instinct is an even rarer feat which even the Gods of Destruction struggle to master it.

But there is one mortal who came close to using the divine technique.

In the Manga, Master Roshi dodging Jiren’s attacks resembled UI. Does he have God Ki?

In chapter 39 of Dragon Ball Super, even after combining the principles of the Kaio-ken technique with his Super Saiyan Blue form, Goku struggles to do any damage on Jiren. Seeing his former student perplexed, Master Roshi comes and reminds him of some important lessons his teachers taught him, which he did not pay close attention to. After that, our favorite pervy old man charges head on towards Jiren and does something miraculous which shocked even the Gods:

It bears a strong resembles to UI, but does this mean Master Roshi has God Ki within him? The answer is no. Whis mentions that his attempt is a far cry from the actual technique and only resembles it. Also, he’s old and his body is too weak to withstand God Ki’s intense pressure. He himself says he has a long way to go.

If, in the future, he trains extensively and increases his stamina, he could be potentially the first human being to achieve what even the Gods struggle to achieve.

Do Dende and Kami have God Ki?

Dende is the current guardian of the Earth. Being part of the Dragon Clan of the Namekians, he can use mystic abilities, including healing others. The guardians of planets are included in the God hierarchy. Combining all these, it’s safe to say that Dende has God Ki. The Manga supports this:

Since Kami was the previous Guardian of the Earth, he too would have had God Ki. Following this, an important question could be raised.

Does Piccolo have God Ki?

In the Android Saga of Dragon Ball Z, Piccolo fused with Kami. This resulted in Kami relinquishing his throne as the Guardian of the Earth. The God Ki within Piccolo still exists. But he hasn’t learnt how to awaken it so it lies dormant inside of him.

The Namekian merging technique isn’t like the Potara or Metamorese fusion. It’s a pure combination of the two beings that merge, but rather you have the template individual, and then the other individual serves simply as the trigger for a power-up while also giving them knowledge and experience. So when Piccolo and Kami merged, Kami essentially faded away into Piccolo’s subconsciousness but his remains are there, albeit in a very dormant state .

Even with Kami’s powers and knowledge within him, Piccolo’s mind remains the dominant factor. He was able to gain some memories and knowledge from Kami (That’s how he was able to recognize the Godly stature of Shin in the 25th World Martial Arts Tournament) but, he probably forgot how to awaken and sense God Ki.

Piccolo has a considerable amount of physical and mental strength but not nearly enough to awaken the dormant God Ki. Potentially, he can awaken it if he decides to train under a God Ki user.

Does Majin Buu have God Ki?

The original form of Buu, i.e. Kid Buu, acquired the remaining God Ki of the Great Supreme Kai when he absorbed him.

Unlike in Piccolo’s case, Buu wasn’t the dominant mind in this forced-fusion so to speak. The mindset of the ones he absorbed remained. So Majin Buu had both regular Ki and God Ki in him. This is probably how he was able to go to other world even if he was not dead. Even though he was physically strong enough to contain the Divine energy within his body, he did not make much use of it due to his low thought control levels. It just stayed put, lying dormant inside.

When Buu’s evil counterpart absorbed him and later spit out by Kid Buu, the latter got hold of the God Ki.

Unlike Goku Black, Kid Buu had no idea how to use it in combat. It was only later on in the Moro arc, the reincarnated version of Kid Buu, i.e. Uub, was able to channel the Divine energy and transfer it to Goku, under the supervision of the Great Supreme Kai.

Majin Buu was able to switch places with the Great Supreme Kai. He doesn’t have God Ki because it was transferred to Kid Buu during the split and is now possessed by Uub. But since the Kai knows how to awaken God Ki and acquire more, Majin Buu can switch places with him and train to acquire it. However, I doubt he would train as much, given how lazy the pink monster is. Potentially, he can acquire God Ki though.

Does Jiren have God Ki?

It is pretty much evident that Jiren is a mortal and he doesn’t have God Ki. Others in the Tournament of Power do not seem to have trouble sensing Jiren’s power. Caulifla was able to sense Jiren’s power rising along with Kale. Even so, Jiren’s power is stronger than that of his own universe’s God of Destruction. Belmod actually asked him if he wanted to become the next G.O.D but he refused and Toppo took the opportunity instead.

Since Jiren’s might rivals that of the Gods, he can easily acquire God Ki if he trains under Marcarita or Belmod.

It is not yet specified if Jiren learned how to sense God Ki. The anime doesn’t show him sensing Goku’s or Vegeta’s Godly Ki at any time.

Does Frieza and Hit have God Ki?

There’s no instance of Frieza or Hit using God Ki. So no, they don’t have it. But it seems they have the ability to sense it. They were able to feel Goku’s Super Saiyan Blue form’s energy as it rises up.

The two of them went through intense mental training (Frieza did while trapped in Earth’s hell in a cocoon and increased his physical strength during his 4 months of training. Hit sharpened his mental abilities by training as a pro assassin to sense even small movements or energies) by which they’re able to take baby steps in sensing God Ki. They do not have God Ki because they did not train under a Deity. But their regular Ki levels are on par with Super Saiyan Blue Goku.

Does Gohan have God Ki?

There is no instance which shows Gohan possessing or sensing God Ki. Some fans think that he acquired God Ki through the ritual which the Old Kai performed on him to awaken his sleeping powers. They assume these “sleeping powers” refers to God Ki. Or the training he underwent in the Sacred world of the Kais with the Z-Sword enabled him to awaken God Ki. But Piccolo, Goten and Trunks were able to sense Gohan approaching the battlefield so this cannot mean that he has God Ki.

Does Broly have God Ki?

Broly’s prodigal strength and ability to contain the power of an Oozaru without turning into a great ape makes his power rival that of even Beerus, says Goku. But the Saiyan does not have God Ki as he lacks the mental stability to awaken Divine energy. Also, Piccolo could sense his Ki along with Frieza in the Broly movie.

What do you think of God Ki and its users? Will we witness any of the Z-warriors besides Goku and Vegeta awaken and harness Divine energy? Let us know in the comments below! 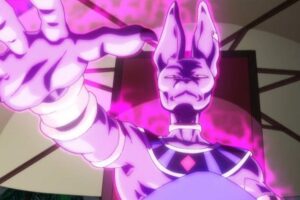 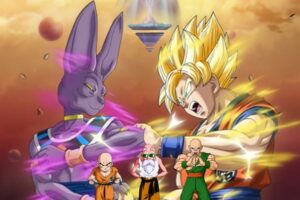 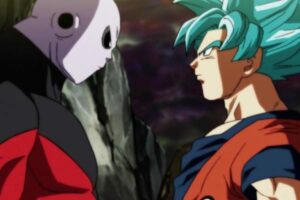 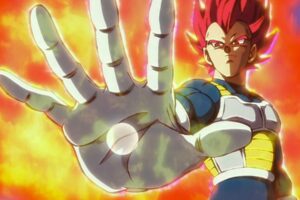 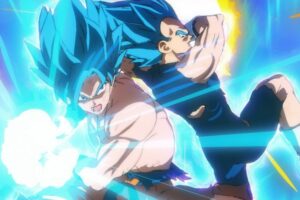 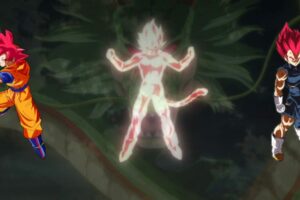