Skip to content
Home » Series » One Piece » One Piece: Will The Raid On Onigashima Fail?

One Piece: Will The Raid On Onigashima Fail? 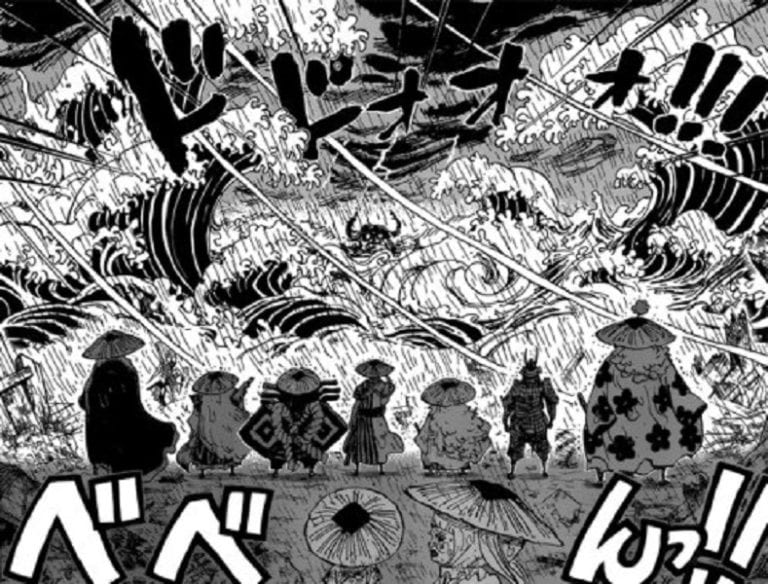 A possibility that we all have considered but never completely admitted to is the raid on Onigashima eventually ending in a failure. Nevertheless, it is possible that it might happen. The alliance is not facing off against a Shichibukai in a Halloween costume. We are looking at 2 Yonkos here. Initially, it did seemed that the alliance might steal the win against Kaido. But the arrival of Big Mom changed everything. No one was prepared to take on the combined might of these two superpowers in the One Piece universe.

Contents hide
Reasons why the raid could fail?
The Immeasurable Strength of a Yonko
The Concept of Kabuki Play
The Initiation of the New Onigashima Project
The Possible Arrival of the Marines

Reasons why the raid could fail?

So, there is some bankable reasoning that points towards an unfortunate conclusion of the raid on Onigashima. There is a lot we have to discuss and yes, it will be a little heart-breaking.

The Immeasurable Strength of a Yonko

Do you remember the Marineford War? Ace was captured and Whitebeard, (the Yonko with no beard) declared war on the Marines. Now, the events during the war give us a good idea about the power of an Emperor of the Sea. It took the combined might of Marines and Shichibukai to take down Whitebeard, who was already on his deathbed. Edward Newgate was far from being in a healthy condition and was gravely sick. We all watched first-hand what a highly nerfed Yonko was capable of.

Now, we have not one but 2 healthy Yonkos here and there is nothing that is holding them back; unless you consider Kaido’s suicidal tendencies and Big Mom’s eating disorder. To make things worse, Kaido has his complete army at his disposal in Wano. So, not only are the mink-samurai-pirate alliance outmatched but they’re also outnumbered. It looks bad for the alliance whichever way you look at it.

As much as we want it to happen, it would still be a stretch if Luffy were to end up being as strong as a yonko this soon (especially after being one-shot by Kaido in the near past). It’s true that he has come a long way, but there is still more way to go before he can go head to head against someone of Kaido’s stature. Even with the Supernovas joining hands (also Blackbeard coming to Wano?), it might be an over the top assignment for them to take down Big Mom AND Kaido together.

Luffy successfully defeating the Yonkos is not beyond the realm of our imagination. However, it is still one of the points that could ultimately cause the raid to end in a failure.

The Concept of Kabuki Play

The Wano arc has been divided into acts. It was an interesting and never before seen way of structuring an arc in the One Piece universe. The concept resonates with the idea of a Kabuki Play. There are a total of 5 acts in Kabuki Play and the 3rd act is where the tragedy happens. The Wano arc is currently playing its 3rd act with the Onigashima raid underway. Yes, it is something that we don’t want to hear but is closer to the truth.

If we go by the idea of the Kabuki Play, then it becomes more and more obvious that the Onigashima Raid will fail. It’s the 3rd act and in the play, it always ends in tragedy. Not that it has to, but there is still a chance that it might. That’s how things are, unfortunately. But, there are still 2 acts remaining. So, there is still hope.

If the raid on Onigashima fails as we have predicted it to be, then what will happen next?

The Initiation of the New Onigashima Project

The ninja-pirate-mink-samurai alliance is the only thing that stands between Kaido and his new project, as he calls it. If the raid fails, then there will be no one left to stop Kaido. The Onigashima will merge with Flower Capital and then Wano will turn into a living weapon factory. Together with Big Mom, Kaido will initiate his plan to take over the world. All the citizens in Wano will be reduced to slaves. Overall, the world will be much like the IQ of the world nobles, totally screwed.

Momentarily at least, Kaido would have things his way. Of course, Luffy will eventually punch the beast out of him. But we are looking at the immediate changes that will occur if the raid fails.

The Possible Arrival of the Marines

There are Yonkos forming alliances to take over the world. A whole country has been turned into an army of slaves. So, it’s about time someone called the cops. Marines didn’t try to stop Kaido due to the damage it would bring. But this is a changed scenario. They would have a good reason to stop Kaido in his tracks before it gets too late. Kaido aims to find all the ancient weapons, build a hell lot of weapons, and then retire the Marines. We don’t think the Marines would be happy with this “arrangement.”

In a way, the Marines would be unwittingly helping Luffy and company. The coming together of Kaido and Big Mom was enough to stir things in Marines. They won’t just sit still while the 2 Yonkos literally declare war on the entire world. We might actually see the Marines do something heroic like you know, save people and stuff. In a way, if the raid does go down under, then the revolutionaries too could be forced to come to Wano.

Do you think the raid on Onigashima will fail? Will Kaido really succeed in thwarting the efforts of the pirate-samurai-mink alliance? Let us know what you think in the comment section down below.