Skip to content
Home » Series » One Piece » One Piece: Will Blackbeard Come To Wano?

One Piece: Will Blackbeard Come To Wano? 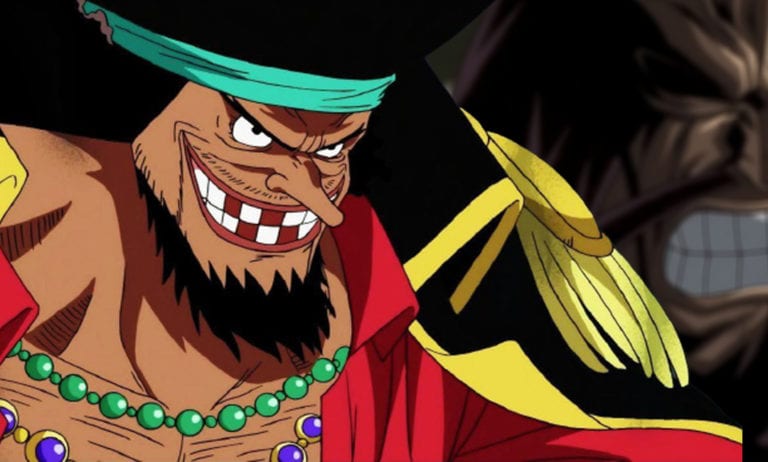 Okay, the Wano Arc has reached its peak point. It’s like every major character we know decided to take the Wano tour, except Blackbeard. That’s weird if, you ask us. Look at it this way, you have this super evil carnival thing going and you don’t invite the “finest” jerk in the town, that’s kind of unfair. But all offtopic instances aside, it is safe to speculate that Marshal D. Teach, a.k.a Blackbeard would end up coming to Wano?

Well, we pray at the church for it to happen.

We admit that a lot about this guy floats in the sea of ambiguity. Usually, his actions are a bit on the line of the unforeseen. But him coming to Wano is not that of a far-fetched belief.

Has it ever occurred to you that almost everything about Blackbeard revolves around 3? There are many theories online that point out that the Yonko has a lot of 3 in his life. He carries 3 guns, he chipped 3 teeth (and he looks “cute” nonetheless?), and his Jolly Roger has 3 skulls. So, could this fixation with three also apply to the number of devil fruits he has?

We have a good reason to believe that he can go beyond that.

If Blackbeard were to come to Wano, it would be to get his hands on the third devil fruit. Currently, Blackbeard is in possession of a paramecia-type fruit and a logia-type devil fruit. He now needs a Zoan-type to complete his collection and probably satiate his fixation over the number. And Wano right now houses the two most powerful zoan fruit users, Marco and Kaido.

Blackbeard has also a special interest in “appropriating” the devil fruits of Yonkos. The most painful example of that is of Edward Newgate. Yes, we just yelled in anger and definitely scared our neighbors but that proves the technicality of our point. He may try to catch the “big fish” now. Pun intended? Maybe.

Someone wants that Pirate King promotion:

Another reason to expect some sails rolling towards Wano carrying the Yonko with some missing teeth. Well, he doesn’t chant that often, but Blackbeard also wants to be the King of the Pirates. We know Luffy would be disappointed, but that’s just how it is. Marshal D.Teach has to face off against his peers, one way or the other if he wants to get to the top.

So, if you want to win a race, then just take a damn big hammer and swing on the legs of the other participants. Well, that’s how you do things in the One Piece universe. Or at least how Teach would do it.

We know Blackbeard is not an ideal citizen (his evil goatee is all the proof you need). He is more into using deception and crookery than facing his enemies head-on. But that doesn’t change the fact that there are 3 Yonkos standing in his way. So, why would he come to Wano now? Because the tides are in his favour.

Both Kaido and Big Mom are bearing the full brunt of assault politely presented by the pirate-ninja-mink-samurai alliance. If a Yonko such as Blackbeard were to step into the scenario, then things might go south for Kaido and the biggest mom around.

The Son Of Rocks D.Xebec?

It could be, right? If Marshal D.Teach is truly the son of Rocks, then he has a valid reason to be at Wano. Rocks D.Xebec wanted to take over the world but failed as his plot armour was gone for dry-cleaning. His defeat was what came to be known as the “God Valley Incident.” Then 12 years later after Rock’s demise, Blackbeard joined the Whitebeard Pirates and then we all know what happened. This would answer why Teach killed Edward Newgate and played a part in the execution of Roger’s son, Ace.

It all could mean that Blackbeard is simply out for revenge and realize the dreams of his father. He may as well want to rule over the entire world and that too without contesting any elections. All the other Yonkos might just be obstructions in his path and as an upright criminal he is, Blackbeard won’t mind taking them down.

So to answer in short; Yes, Blackbeard will come to Wano, or we could say that there is a real possibility that he might end up on the shores of One Piece universe’s Japan (Goda might have different plans though). Now, you may ask if Blackbeard will kill Kaido? Well, he has no reason not to try. He is all about big schemes and devious strategies and we won’t be surprised if one of his plans pictures a dead Kaido.

So, do you think Blackbeard will come to Wano? Does he has it in him to face 2 Yonkos at the same time? Let us know in the comment section.