Attack On Titan: Why Did Zeke Want To “Save” Eren? 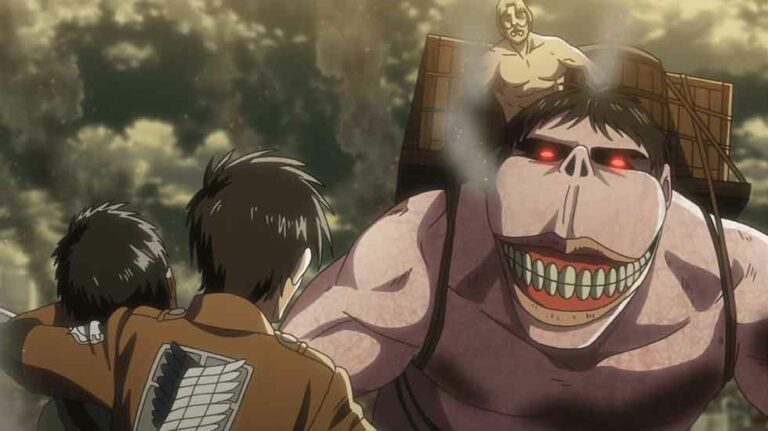 When Zeke is about to take his leave from Wall Maria, he comes face to face with Eren for the first time. Looking at him, he tells him that he will be back to “save” him and undo his father’s work on him. It raised questions, until we finally got to know about Grisha’s life beyond the walls. Zeke is Eren’s half brother.

So, despite being on the opposite ends of conflict, why did Zeke want to save Eren? Why did he almost sound sorry for Eren and his behaviour? Let’s first understand Zeke’s childhood, and how it shaped him.

Contents hide
Zeke’s childhood
Why does this matter?
Zeke learns the truth:
TL;DR

Zeke Jeager was born to Grisha and Dina, two Eldian restorationists. His mother was of royal descent, which makes Zeke very special in the eyes of the group. Therefore, he was admitted into the warrior program where he would be the restorationists’ spy. They wanted to use Zeke to gain information.

Grisha saw Zeke as a tool for freedom more than a son. Their conversations revolved around Grisha debunking Marleyan propaganda to him. It becomes more obvious that Grisha was not a good father to Zeke. This got worse when the couple went to watch Zeke train and were disappointed. While Dina maintained faith in Zeke, Grisha believed that they need to look for new solutions.

Zeke found solace in the then holder of the Beast Titan, Tom Ksaver. He quickly became a father figure for Zeke and convinced him to rat out his parents to the government. Zeke’s love for Tom, and their urge to peacefully end Eldia’s suffering led to them coming up with a Euthanisation plan. Zeke joined the warrior program as a restorationist and inherited the Beast Titan.

Why does this matter?

While traumatic childhoods are nothing new to the story, Zeke’s childhood in particular shaped his way of thinking and acting. When he finally met Eren, he immediately sympathises with him. Rather than showing any violent tendency to curse at him or take him away (which would be a more acceptable response from a supposed enemy), he assures Eren that they’re both victims of their father.

Basically, Zeke’s experiences with Grisha led him to assume that Eren was suffering the same fate. He thought Grisha brainwashed Eren into acting this way, and he treated Eren as nothing more than a tool for his goal. More than anything, he immediately saw Eren as family. As the elder brother, it became his responsibility to save his apparently brainwashed young brother from their father’s mindset.

Zeke’s views on Grisha brainwashing Eren becomes a point of conflict between the brothers. Once they enter their father’s memories, Zeke is trying to prove to Eren that he has been brainwashed.

Zeke wants to be to Eren what Tom was to him. He wants to become Eren’s saviour and mentor of sorts. This further shows that Zeke was protective and almost affectionate to Eren, despite using him to get to Ymir.

However, soon it became obvious that Zeke was in the wrong, and Grisha did not brainwash Eren in any way. Eren tells Zeke that he was born this way. In fact, it turns out to be Eren who forced Grisha to take such a violent step to save Paradis. Moreover, Zeke was wrong to ever believe that Eren would want to develop any sort of bond with him.

He tells Zeke that he won’t be “sharing his emotional scars” or be the ideal younger brother, squashing his dreams of having some familial love forever. Zeke understood the stark differences in his and Eren’s childhoods which meant that Grisha did learn from his mistakes.

What further confirms this is that when Grisha somehow manages to see Zeke after killing the royal family, he hugs him and tells him he loves him. He also regrets not being a good father to Zeke.

Sadly for Zeke, he suffered at the hands of his loved ones, while Eren managed to actually push Grisha over the edge.

In conclusion, Zeke believed that Eren unknowingly suffered at the hands of Grisha, and wanted to “save” him and promised to never “abandon” him. Zeke assumed that he and Eren were victims of their father’s extreme nationalistic brainwashing. Eren was important to Zeke not only because he was needed to get to Ymir but because he was his family.

However, it turned out that Grisha learnt from his mistakes and became a great father to Eren, while still regretting what he did to Zeke.

Hence, Eren is not the product of anyone’s brainwashing, but is so because of his strong desire of freedom. Therefore, he needs no saving. 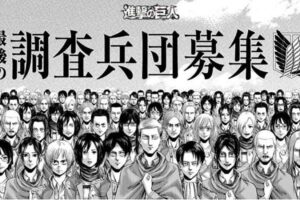