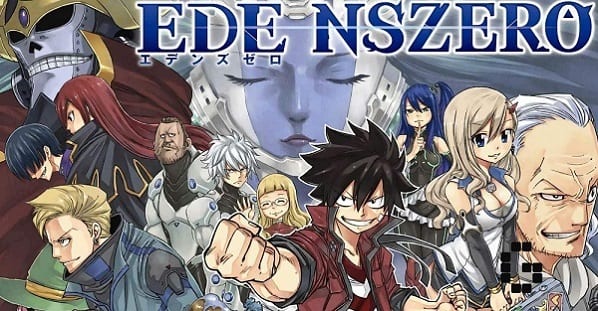 The anime adaptation of Hiro Mashima’s Eden’s Zero manga will premier on April 10 on NTV and other channels around an hour from midnight. Kodansha’s Weekly Shonen Magazine announced the news in the seventh issue of the year.

Shinji Ishihara and Yushi Suzuki are directing the anime. The script writing is overseen by Mitsutaka Hirota. Yurika Sako is the character designer. She has also drawn characters for Food Wars! The Third Plate.

Kodansha, the English publisher of the manga describes the anime as :

At Granbell Kingdom, an abandoned amusement park, Shiki has lived his entire life among machines. But one day, Rebecca and her cat companion Happy appear at the park’s front gates. Little do these newcomers know that this is the first human contact Granbell has had in a hundred years! As Shiki stumbles his way into making new friends, his former neighbors stir at an opportunity for a robo-rebellion…And when his old homeland becomes too dangerous, Shiki must join Rebecca and Happy on their spaceship and escape into the boundless cosmos.