Demon Slayer: 20 Facts About Tanjiro That Every Fan Must Know 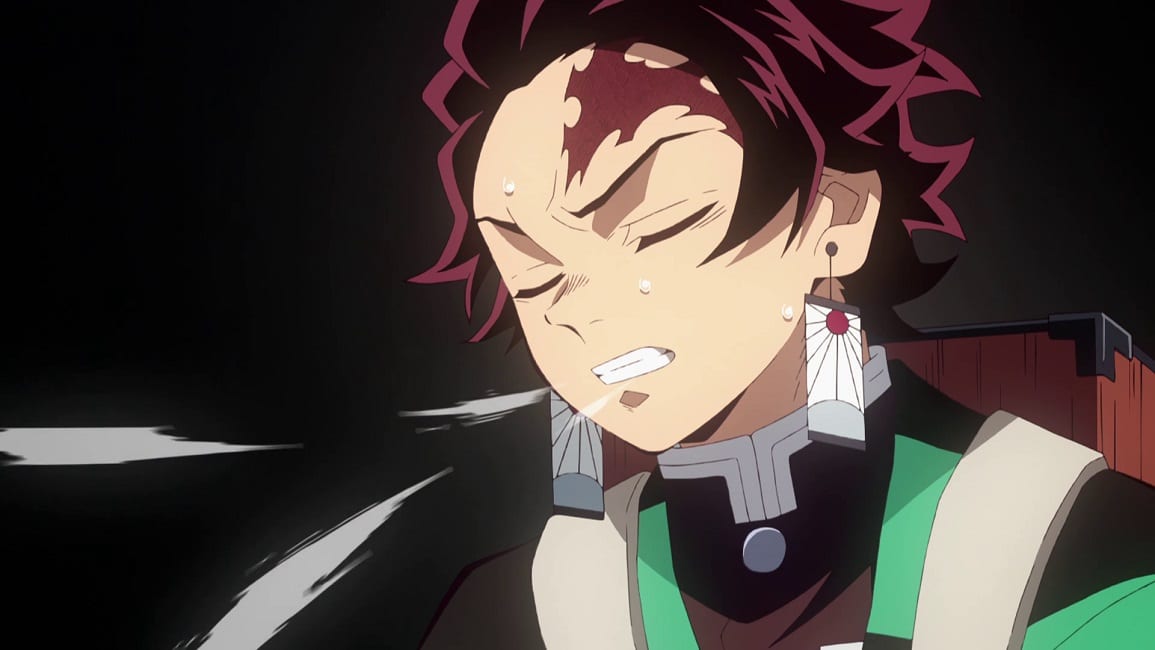 Kimetsu no Yaiba, when first aired in 2019 was an instant hit for jolly good characters and beautiful cinematography. Tanjiro Kamado has become a fan favourite from the first episode, so much so that even school kids have prioritized him more than their parents! Indeed, if you are a fan of Demon Slayer then you should definitely know these 20 facts about Kamado Tanjiro.

Tanjiro hates being in debt.

In episode 2, when Tanjiro was determined to become a demon slayer to protect Nezuko, he wanted a basket to carry her sister in. The farmer insisted on taking the withered basket as is free of charge, but good boy Tanjiro was adamant to pay for it. He almost broke the man’s poor hand! He also, bought 2 bowls of udon after he ruined the first bowl when he smelt of Muzan.

After Shinobu Kocho took the insane demon hunter trio under her wing, she encouraged them to learn a new technique- Total Concentration Breathing Technique. It involves the user to control his/her breathing all the time to expand the capacity of the lungs heightening the physical abilities of a normal human being.

15 Nezuko Kamado Facts You Should Know

Though at first Tanjiro and the others almost felt like dying, they eventually sucked up to the training and successfully completed it. And yes, once you start this technique there is no stopping if you don’t want to get eaten by the Kizukis.

The one trait that has kept our boy alive, is his extraordinary sense of smell. It can sense the emotions and intentions of any human and even demons. His keen sense of smell also helps him to find the opening thread to behead a demon. The most shocking thing about this ability is that he is able to find out what is under layers and layers of soil as well. This is how he was successful in tracking and slaying the Swamp Demon.

This trait is also seen in Sakonji Urokodaki, who once said Tanjiro has a “scent of kindness” before Tanjiro became a certified Demon Hunter- that he is too weak to take life and death decisions.

Tanjiro has an indestructible forehead.

Other than his keen sense of smell,the next best thing Tanjiro poses is undoubtedly his super ultra hard forehead. He used it on several instances to calm people down! Even he did a number on a Hashira! No wonder fans have wrecked their heads to find about the source of this incredible structure.

I wonder how many of you noticed it on your own, but thanks to the internet word travels faster than ever. From episode 1 till the Hand Demon thrashed Tanjiro against a tree, we see a patch on the left side of his forehead. The reason of the scar is already revealed in the manga, but from Episode 6 of Kimetsu no Yaiba anime, it changes into a darker spikey patch-more like an incomplete pattern.

This type of scar is also spread on Tanjiro’s Father’s forehead. May be it means something, may be not(khu khu khu).

Tanjiro is a Breath of the Sun user.

In the fight against,5th Lower rank moon demon, Rui of the Twelve Kizuki, Tanjiro became the user of Sun breathing. He remembered his Father’s Dance of the Fire God or Hinokami Kagura in the last minute, which was effective as a trump card against Rui’s blood demon art. From then on, Tanjiro seems to possess two distinct Breathing techniques- Water Breathing and Sun breathing.

It also seems like our boy is better suited for the latter, as he successfully sent the demon’s head flying without breaking his sword.

I don’t know how. It must be another unique trait Tanjiro possess. It might be an ability he picked up while living in the mountains with his family or with Urododaki. His kind nature, is so kind that he can even empathize with animals and birds too!

In the battle against Rui, when Tanjiro unlocked a new breath; Dance of the Fire God- Waltz, he was also given a boost by Nezuko. Nezuko used her Blood Demon Art- Blood Burst which gave Tanjiro’s sword a new appearance. The pitch black sword turned blazing red, with immense speed and strength. We might find more information on this in the later seasons.

Tanjiro is nice to his enemies.

Kamado Tanjiro is known for his empathetic nature and sometimes he takes this trait too far. Even though it is nice to show empathy towards people but Tanjiro often hesitates and sympathises with man-eating demons as well.

This kind heart of Tanjiro’s has made his opponents look down on him and take full advantages. So, Nezuko to the rescue!

Tanjiro is a gentleman.

It is rare to find protagonists with a heavy emotional baggage as calm as Tanjiro. Even after he lost almost his entire family to Muzan, he takes calculated risks to do what he has to do to protect Nezuko never risking her life(A woman appreciates that than reckless moves). Even if he is a blockhead when it comes to romance, he never fails to appreciate the value of a woman’s beauty and sense of need in a gentlemanly way- not like Zenitsu! For instance, when he reminds himself to buy Nezuko a new kimono so that she can flaunt her beauty. Also, he never loses his sense of courtesy even in dire situations. Remember, the reflex action training against Kanao?

If you want to be a ladies man, then be like Tanjiro Kamado not as creepy like Zenitsu!

Tanjiro is not OP

As we see in most Shounens over powered characters take a high spot in fandoms. But in Demon slayer, every fight against major demons like Kyougai, Rui and others, Tanjiro is not all powerful and dependable. He is fairly backed up by either his friends or a Pillar. He trains and trains like other Shounen characters but the Twelve Kizukis are not easy to deal by himself. Tanjiro is not at all an OP character but he has certain distinct qualities that makes him rank high in the Demon Slayer Character tier.

Even before becoming a Demon Slayer, Tanjiro had enough skills to outwit Giyu and flee with Nezuko. He might have been considerable weak than a Hashira then, but he was strong willed, agile and very clever. He knew he would never survive against Giyu in a head on fight, however he did a good job distracting him with his axe, remember?

In that instant, Giyu was totally impressed with Tanjiro’s skill and gave him the idea of becoming a Demon Slayer!

Tanjiro is known to show empathy

Tanjiro’s boundless kindness is a powerful fuel for his anger. He might be angry with the demons for mercilessly killing innocent humans but when it comes to ending the life of the same monsters, Tanjiro persists and challenges the evil of the demons, reminding them to acknowledge their humanity.

This way, many of his bloodthirsty opponents are able to find peace after crossing paths with him, settling the unresolved heartache of the once-human demons before they become dust.

Tanjiro is the ultimate big brother and a great friend.

Managing the tantrums of Inosuke and Zenitsu is nothing compared to looking after 6 siblings. Sharing food and never giving in to anger when the people you care about is a sign of a Big brother. No one can beat Tanjiro at being a dependable figure. He protects everyone who is close to him be it siblings or friends. The circumstances of the household made Tanjiro the man of the house, withholding perspective, insight, and other life skills to deal with absolutely anyone.

For a 14year old boy, Tanjiro has really hard and rough hands. After the fight against the Swamp Demon, Kazumi said, “They were not the hands of a boy”. With this we can assure, how much Tanjiro has trained for the sake of fighting Demons. Tanjiro was a hard worker from a very young age and as the eldest son of the Kamado family, he had resposibilites. The sight of his rough hands with a kind forgiving smile was so heart-wrenching for both Kazumi and us.

Tanjiro cuts his own hair.

To begin with Tanjiro’s hair, it was long until Giyu slashed away the red ponytail. At some point during his training under Urokodaki, he realized he prefered the new look. Also managing hair and fighting is tough,y’all. So, Tanjiro, self dependent as always is seen to cut his hair flawlessly.

Tanjiro has other names.

Tanjro is a motivational Swordsman.

The idea of a fight between seemingly immortal Demons and mortal humans is what Demon Slayer: Kimetsu no Yaiba is famous for. And as a topping on the cake we have Tanjiro Kamado. Even with broken bones and broken sword this boy knows how to motivate himself and push himself to become instantenously mortal just to reach his goals. There were instances, when his chances of winning was low, but through his positive self-talk, Tanjiro overcame the mental obstacles and persevered time and time again.

Muzan is afraid of Tanjiro.

If Muzan had a weakness, then it is Tanjiro. Muzan is clearly scared of him, rather any demon slayer wearing a pair of Hanafuda earrings. The reason is still not disclosed in the anime, but he has every reason to fear Tanjiro as well. He destroyed his family overnight, with only his sister left the poor boy trained till he was dead to take him down. So, if anyone can actually track down and kill Muzan, then it obviously will be Tanjiro(Shounen anime trope).

That’s all for now. Let us know in the comments how many facts you already knew before reading the article. Also don’t forget to add your facts if I missed something! Mata ne ^^

15 Nezuko Kamado Facts You Should Know