Black Clover: What Is Megicula’s Curse? Can Asta Undo It? 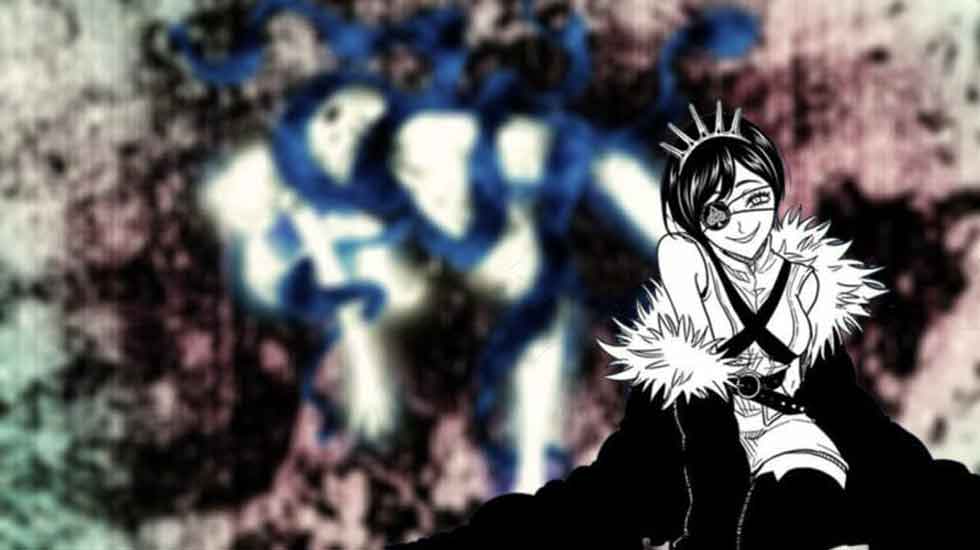 The Magic Knights of the Clover Kingdom, along with the Heart Kingdom, are facing an unprecedented threat that can swallow the people and the continent alike, with no traces left. The Spade Kingdom has openly declared war, and there are too many unknowns in this fight, making the odds slightly more tipped against the Clover Kingdom. And the root cause of havoc that has spread across all kingdoms of the Black Clover universe is the Dark Triad.

The Dark Triad is a trio of the formidable and ruthless Zogratis siblings who are zeroed on bringing the Advent of the Tree of Qliphoth. This tree will bring massive destruction in the form of devils freed in the human realm.

But the real reason the Zogratis siblings are so feared is not that. All of these siblings have formed contracts with the top-ranking devils of the Underworld. These contracts give them enormous powers of increasing their mana and the abilities of the individual devils. One of the Dark Triad’s devils that resides in Vanica of the Dark Triad is the infamous Megicula.

Even before the other devils were mentioned, Megicula was feared across the borders and caused unrest. So much so that people were even reluctant to talk about it in the open. All because of one thing: the devil’s ability to curse. So what is this fearful magic?

Megicula’s curse is a fatal curse which causes the one it is inflicted upon to surely die within a specific period of time.

Megicula is an inquisitive devil with cruel ways of satiating its curiosity. And fitting to its nature, it possesses Curse-Warding Magic. The magic gives Megicula the ability to curse anything with life force and mana. It likes to curse different people for seeing how it affects them, as humans interest it by their ways. The curse is fatal; as soon as Megicula loses interest in a person, it mercilessly kills them.

If not for that, the curse is sure to kill the cursed person in a specified time. There is not much known about the devil’s curse, but it is known that even speaking about it brings everyone the same fate. The deadliness of this curse has been shown in two places.

Where has Megicula’s curse appeared?

Acier Silva was one of the strongest and most respected Magic Knight in the Clover Kingdom. She was a through and through warrior, always being on the frontlines with her Valkyrie Armor. Even Mereoleona could never win against her, despite Fire Magic being a natural enemy of Steel Magic.

Sometime before giving birth to Noelle, she fought against Vanica and Megicula and was driven to her limits because of the devil taking a child hostage. The fight ended up with her being cursed. After she gave birth to Noelle, she succumbed to her weakness due to the curse and passed away. The real reason for her death was kept under wraps and blamed on Noelle’s birth to prevent the curse befalling anyone else.

She had fought against Gadjah, Lolopechika, and Undine but escaped unharmed. Lolopechika’s death became an inevitable event in a year with that happening.

But why would Vanica just come to the Heart Kingdom to curse Lolopechika? Did Megicula have an ulterior motive? This brings us to another possibility.

Can the curse be used for more than just killing?

Even though the killing prowess of Megicula’s curse is explicitly stated, a question still lingers. The killing ability of its magic alone cannot make the devil powerful enough to be regarded as a top-ranking one. Then why use it on people, especially ones like Acier and Lolopechika?

There are two possibilities. One, that the curse allows Megicula sort of remote access to the minds of the cursed people. It can gather all knowledge that the person has. If it is so, then everything that has been unfolding until now has been nothing but entertainment charades for Megicula. It also means that the Clover Kingdom was doomed the day they agreed to cooperate with the Heart Kingdom.

Or two, the curse allows the devil to suck up the mana and life force out of its victim. This a possibility worth exploring because we see Megicula remark that it can now crack Arcane Magic too. We also know that the curse weakens the victim into death, leading to a solid possibility and reason for Megicula prying on people.

But how can the curse be stopped? There has been nothing much brought to light yet about how the curse works. We can only speculate with the given information and powers.

A big question is bound to arise about Asta’s anti-magic being able to negate the curse. There has been no clear indication of whether Anti-Magic works on the curse. However, if it were that simple, Lolopechika and Asta would have tried using it to get rid of the curse after their first conversation itself. Lolopechika had a ton of information on the Clover Kingdom, and Asta’s Anti-Magic was no exception.

Also, why go to such lengths of giving so much detail on Megicula if the only thing Lolopechika had to do was ask Asta to use his Anti-Magic. It is also noteworthy that when Asta’s arms were inflicted with an ancient curse, his own powers couldn’t solve the problem. Does this mean that curses differ from Curse Magic? Is there a special power behind these curses that Megicula puts in? Talking of curses, there is someone we cannot miss.

The Agrippas: the key to a cure?

For finding out more about the devils and Megicula’s curse, the Black Bulls paid a visit to Gordon’s family, the Agrippas. There we come to know that the Agrippa family had some sort of contract with Megicula centuries ago concerning the curse. There was no further light shed upon this contract, but Gordon’s grandmother saying that she’s “counting on Nathan” (Gordon’s father) for the sake of the contract did seem a bit fishy.

We know that Gordon’s family has an infamous but deep history with curses, even becoming their trade. Gordon’s father has also been researching ways to cure people using Curse Magic, so it is possible that Gordon learns something important and saves the day for this time.

Do you have any theories about Megicula’s curse? Will it succeed in killing Lolopechika? Comment below!

Black Clover: Who Is The Strongest Dark Triad Member? Ranking Them According To…