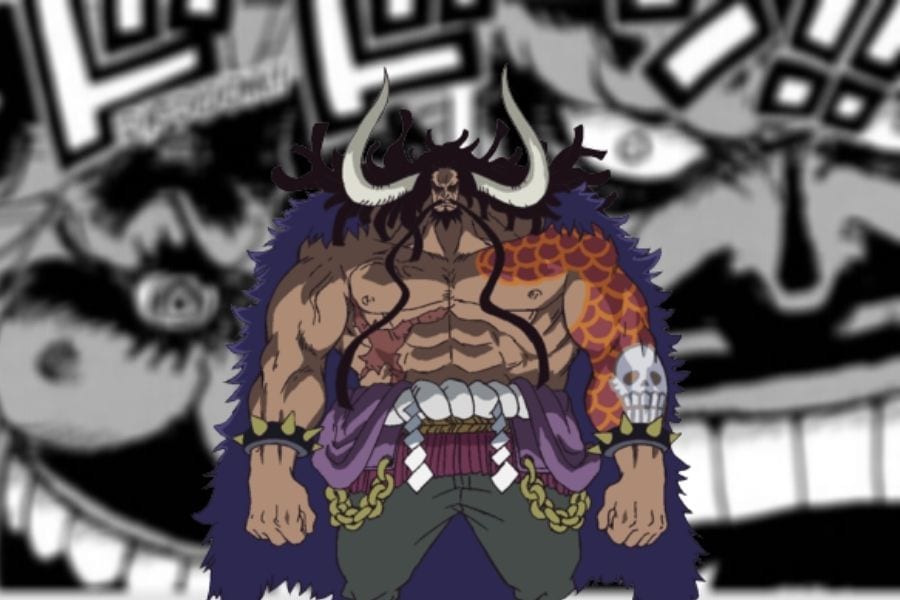 Kaido’s devil fruit has been an object of speculation ever since he was introduced in One Piece. A lot of theories were trending online regarding the fruit and the powers it gave the strongest creature alive in the One Piece unverse. These ranged from Kaido being a dragon who ate the Human Human fruit Model: One to the a oni who ate a Dragon Dragon fruit.

And finally after a wait that seemed like an eternity, creator Eiichiro Oda finally revealed Kaido’s devil fruit. And this reveal really blindsided the people who were banking on popular fan speculations coming true.

Contents hide
What is Kaido’s Devil Fruit?
The Koi fish & the Dragon:

What is Kaido’s Devil Fruit?

While much details have not been revealed at this stage, fans are speculating that Fish Fish fruit could have a dragon model. This is also a call-back to how the Tobiroppos who had transformed into Dinosaurs had the Dragon Dragon Fruit instead of a Dinosaur fruit.

While this reveal blindsided popular fan theories that were trending online, there were still some people who were able to speculate this way back in 2015, when Kaido was first shown in the series. Some fnas on reddit too had managed to come up with something similar, though at that time they though it was a pretty stupid assumption.

The question remains as to why Kaido is a Dragon if he ate the Fish-Fish fruit. Well, one reason could be that he awakened his Devil Fruit powers, which let him transform his basic form into a dragon. This would be in line with the East Asian myths that surround the legendary Koi fish.

The Koi fish & the Dragon:

According to legend, a school of Koi Fish once began swimming upstream in the Yellow River in China. As they swam together fighting the current, they glimmered. However, when they reached a waterfall at the end of the river, many of these Koi fishes turned back. But, the ones who remained refused to give up.

Leaping from the depths, they made their way up the waterfall, defying the mockings from the local demons. Ultimately, only Koi Fish reached the top, that too after hundreds of years of efforts. In recognition of its grit and determination, the Gods turned it into a Golden Dragon! (You can read more about the Koi fish legend here!)

We have seen a similar sight in One Piece. When the Straw Hats reach Wano, there is school of Carps that are swimming upstream and climbing a waterfall.

Luffy is even seen making use of these fish to help them counter the tricky currents that surrounded Wano. While most missed this subtle foreshadowing, there were still some in the fandom who caught on to this. While there final prediction might have been a bit off, they were still way ahead of the others!!

What are your thoughts on Kaido having the Fish Fish fruit? Let us know your opinons in the comments section!