Skip to content
Home » Series » What Fans Can Expect From The Promised Neverland Season 2 ?
Opinion Series

Clover Works’s Winter 2019 hit series The Promised Neverland is coming back this January 7th 2021 ! Here is everything we know about its plot so far. The first season of the series was a blast in 2019, even cumulating much more excitement than the manga ending in summer 2020. Futhermore, the success of the first … 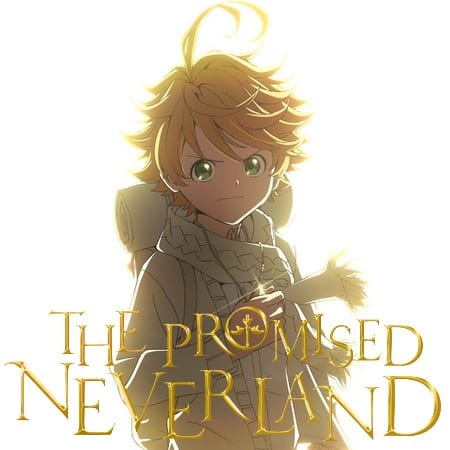 Clover Works’s Winter 2019 hit series The Promised Neverland is coming back this January 7th 2021 ! Here is everything we know about its plot so far.

The first season of the series was a blast in 2019, even cumulating much more excitement than the manga ending in summer 2020. Futhermore, the success of the first season led to the release of a live-action movie under the same name in December 2020 in Japan. After the psychological thriller arc, the second season is set forth in a new direction of excitement.

Contents hide
What can fans expect from The Promised Neverland season 2?
Arcs to be covered in Season 2

What can fans expect from The Promised Neverland season 2?

As we know in Yakusoku no Neverland season 1, the characters were totally isolated from the outside world in the Grace Field House, eventually stumbling upon the horrifying truth of Mama and the demons’ existence. Terrified to the core, the main characters Emma, Norman and Ray set up an escape mission in secret thus setting off the mind boggling cat and mouse chase. Finally, they discover an unknown ally named William Minerva whose books along with Norman’s wit saved 15 of the older children to successfully escape the House and end the jail break arc.

For Season 2, fans can expect the main characters Emma and Ray, Norman being already shipped before the escape, to lead the escapees to find Mr. Minerva and explore the wider world of demons.

Arcs to be covered in Season 2

The following parts of the article will contain spoilers from the manga. Read at your own discretion.

The Season 1 of the anime ended at Chapter 37 with the jailbreak arc where the 15 escapee older children set the House on fire leaving Phil and the other children under the age of 6 with Isabella hoping to come back for them within two years.

So, conventionally The Promised Neverland Season 2 is likely to pick up from Chap 38 where the Forest Arc starts. As it is already shown in one of the official teasers and even in the anime posters of this season, they are going to meet Sonju and Mujika. These are the new characters to be introduced in the series who will feed them information about how the current state of the world came to be like this.

Following The Forest Arc, they are likely to cover the search for Minerva and eventually seeping into the Goldy Pond arc as well. As we still don’t know about the number of episodes and the pacing in which they are gonna air, it is safe to say that they will at least include the “Discovery of Minerva’s Shelter” in this series introducing another interesting “nameless” character.

Continuing from Season 1, Studio CloverWorks is coming back with Season 2 of this series along with Director Mamoru Kanabe adapting the original story by Author Kaiu Shirai and Artist Posuka Demizu sensei.

As for the Voice Actors, Sumire Morohoshi as Emma, Mariya Ise as Ray, Lynn as Gilda and Shinei Ueki as Don will also return.

After the great response for Season 1 Opening Theme “Touch Off” by Uverworld we would have liked them to return. But, Season 2 opening “Identity” is taken up by Kiro Akiyama, while the ending theme for this will be “Magic” by the beautiful Myuk[eve].

This season is not going to have the nail biting psychological war aspect anymore but it WILL take a positive turn towards the world building aspect of the story. Yakusoku no Neverland Season 2 promises to be action packed with enough thriller elements that will also manage to return the nostalgic excitement that comes with this series. So, mark your calendars and get ready for the ultimate survival war this January!