Boruto: Can Sasuke Use Rinne Rebirth To Revive Naruto? 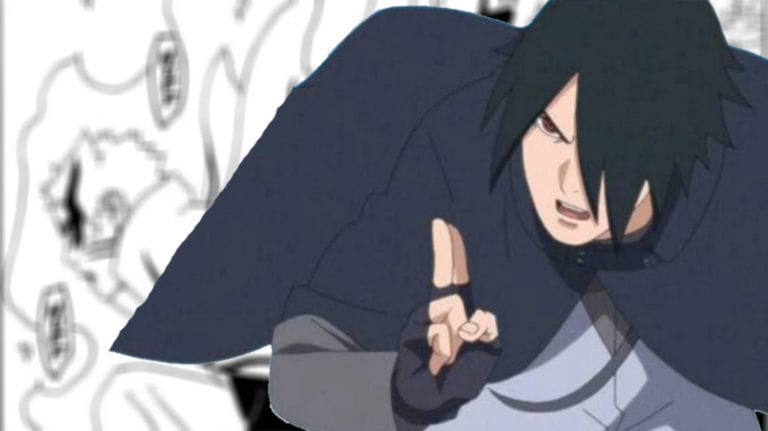 Since the release of chapter 52 of the Boruto: Naruto Next Generations manga, a lot of questions have been running wild in the community. Naruto’s all-new Baryon mode which gave him an insane power-up also brought him closer to his death. Due to this, there is a lot of doubt regarding Naruto and Sasuke’s future.

Sasuke Uchiha is someone people consider to be on par with Naruto when it comes to battle prowess. Yet we’ve barely seen him do much in this fight. While this has been the case a few times in the past as well, it would be wise to consider that Sasuke is conserving his chakra to pull off an ultimate move.

Will Sasuke use the Rinne Rebirth Jutsu?

The Rinne Rebirth Jutsu, which requires the user to have mastered the Rinnegan, is a jutsu that can bring a dead person back to life. If Naruto indeed dies in the battle against Isshiki Ohtsutsuki, this could be Sasuke’s ultimate move to reverse that colossal damage.

While Sasuke would inevitably die by using this Jutsu, Naruto could still put in some work to help save the day.

What can a revived Naruto do?

It is tough to assume how capable Naruto would be after being revived, as Kurama would still be dead as he is made purely out of chakra. Naruto’s chakra reserves would require a decent amount of time to refill as well.

Looking more into the future, Naruto without Kurama can be said to be similar to Kakashi without the Sharingan. While they aren’t weak, they are clearly not as strong as they used to be. As we saw Kakashi create Purple Electricity to compensate for his Sharingan, we could see Naruto develop numerous new fighting styles to compensate for the loss of Kurama.

When should Sasuke use Rinne Rebirth to revive Naruto?

If Sasuke does use the Rinne Rebirth Jutsu, the timing would matter the most. It is clear that he can’t afford to use the Jutsu while they are in the range of Isshiki. A revived Naruto would not have Kurama and will be quite weak. Hence Isshiki could easily kill him again. This makes the choice of creating distance with Isshiki first a better option. But it remains to be seen how Sasuke can put that distance or get away from the Ohtsutsuki.

Isshiki certainly does look spent and may lose eventually. But the appearance of a wild card like Momoshiki in the fight, whose motives are not completely known at this moment might play a crucial role in what happens.

If Momoshiki does interfere and attack Isshiki, there’s a high chance that Sasuke will pull off the Rinne Rebirth Jutsu safely.

If Sasuke uses the Rinne Rebirth Jutsu, his death would be inevitable. However, Obito survived after using the Jutsu, as Zetsu who is made out of Hashirama cells was connected to his body. Perhaps Amado and Katasuke Tono could do something about this, as it is apparent how capable they are when it comes to their respective fields of research and work.

However, Sasuke’s survival is unlikely. His transport to Konoha could be too late due to either Momoshiki and Isshiki, making Sasuke run out of time. Sasuke’s death can very well result in the awakening of Sarada’s Mangekyo Sharingan.

This correlates quite well with the first page of the Boruto: Naruto Next Generations manga’s Chapter 1, where Boruto is wearing Sasuke’s cape and also wields his sword.

With only a few days left to the release of Boruto: Naruto Next Generations Chapter 53’s release, it might not be too long before everything uncovers about the fate of Naruto and Sasuke. While you’re here, comment your thoughts on the use of Rinne Rebirth Jutsu by Sasuke and what could be his fate!

P.s. You can read the Boruto: Naruto Next Generations manga on Viz for free!