Black Clover Chapter 274: Mereoleona Steps In To Save The Day! 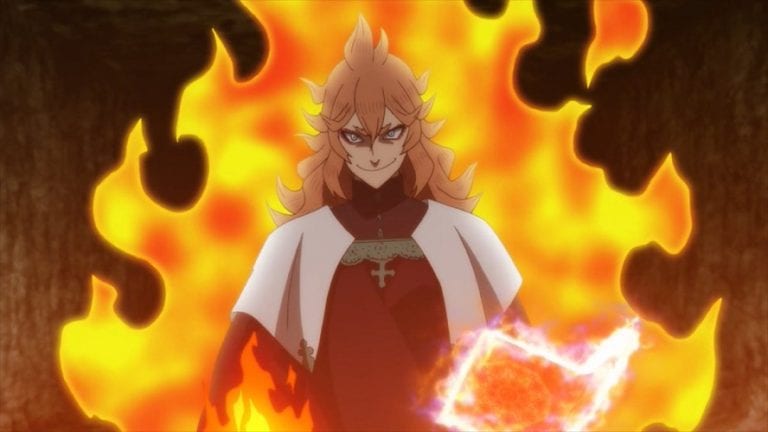 The Dark Triad has been plotting sinister things for a long time now, and Chapter 273 showed us just how bad things were. The counterattack by the Clover Kingdom has begun in Chapter 274, but there is new trouble in town for our friends. The trio kept a giant demon at their base, and Zenon just unleashed it on the Resistance people.

Contents hide
About the demon
Don’t worry, Mereoleona is here!
Mereoleona’s new look!
Is Mereoleona as powerful as Lumiere?

An unidentified demon that screamed “bad news” was shown in Chapter 273, and we were wondering its purpose. This chapter gave us the answer; as Zenon indicated, the trio had plans to unleash it to crush the people of Spade. The Dark Triad believes that only people like them, who are strong, are the country’s rightful citizens. And they will stop at nothing to make sure the Advent of Qliphoth is not stopped.

This demon is massive, both in size and amount of mana. It eerily looks similar to the demon Licht turned into. We still don’t know the origin or identity of this demon; all we can do is speculate for now. But one thing that is certain and even Fuegoleon & Nozel realized it.

The people of the Spade Kingdom’s Resistance were just not enough to defeat the demon! There was the difference of let alone a landslide, of heaven and earth, in their powers. A concerned Fuegoleon raised this worry and Nozel seemed to agree. But instead of looking worried, Nacht looks assured and confident that the people will be fine.

Let me translate that calm expression for you:

Okay. Can we just appreciate this fantastic entrance for a moment? Our Sisgoleon entered the fight in the most epic way possible – landing a massive punch to the demon’s face (skull?)!

So satisfying. I remember reading this one comment which said Mereo is so powerful; she can erase the drawing. xD She sure is! We missed you, Mereoleona.

But where was she? Why did she not accompany Nacht and Co. to the Spade Kingdom? Was she busy with some other mission in the Kingdom itself, which only Nacht knew? And if she was training these past few months, I am very excited to see what new spells and attacks she has come up with! Her crazy fight with the Elves already told us that she was enough to handle four overpowered Magic Knights – so we already know this Demon is nothing for her! Speaking of new, she also has a new look. :O

As if she wasn’t feisty enough before, she cut her hair too! And she looks amazinggg. After this battle, I just want to see Fuegoleon decide if Mereoleona or Leopold, who pulled it off better?! She looks as confident and reassuring as ever. The one thing that I just HAVE to give to Black Clover is the flawless integration of powerful female characters. It doesn’t feel awkward at all, and is refreshing too.

Is Mereoleona as powerful as Lumiere?

Coming back to the, uhm, technicalities.

The First Wizard King barely made it past the attacks by Licht’s demon but managed to defeat it. We feel this demon is somehow related to Licht’s demon, but it still looks powerful enough to compare even if it is not. If Mereoleona takes on and defeats this demon on her own, does that mean she is nearly (if not more) as powerful as Lumiere was? We do feel that she is a perfect candidate after Julius Novachrono to lead the Magic Knights, with her prowess even scares some Magic Squad Captains. 😛 Guess we will have to see.

I will just end this article with this AMAZING GIF of the be(a)st woman ever. Take my heart, Mereo.

The latest Chapter 274 of the Black Clover manga set up the Clover Kingdom’s counterattack, with many new faces making an appearance. Catch the latest chapters of Black Clover Manga on Viz! Have some opinions, or you’re fanboying/fangirling over Mereoleona too? The comment section is all yours!