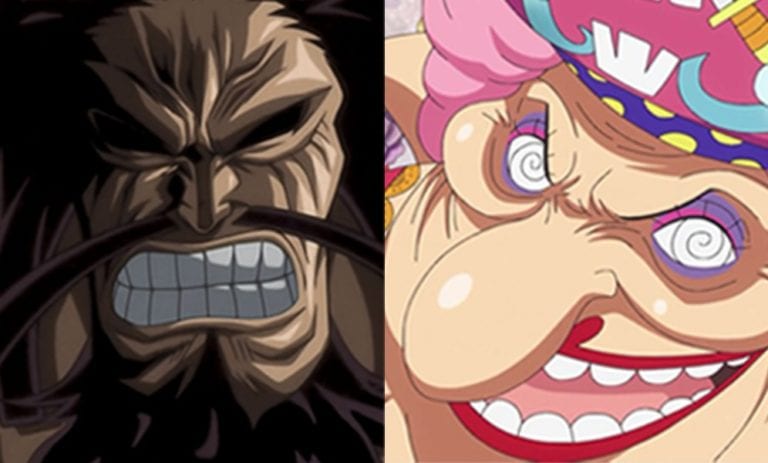 In the previous episode, Law sacrificed himself to save his crew, namely Bepo and the others. They were being held by Hawkins. In One Piece episode 952, we are shown a ton of things. And most importantly, the Straw Hats have begun to make their moves.

Yasuie’s death made the entire population of Ebisu sad, although they seemed to be laughing on the outside. The residents wanted his body to be buried properly and he entrusted this to Kanjuro. Kanjuro intends to bury Yasuie’s body near Oden, his former comrade. Kanjuro then left with Franky and Nami. We also get a flashback involving Yasuie.

Meanwhile, Brook, Usopp, and Robin who brought Otoko, tried to escape to Kuri by boarding a ship. Unfortunately, because they have become fugitives, it is not an easy thing to escape. They also try to use Brook as a ghost. Fortunately, Usopp and Robin’s frightened faces trick the guards and they manage to escape. Robin takes on a motherly tone with Otoko, which creates a pretty sweet moment. Chopper witnesses the former yakuza boss’ skill with advanced Busoshoku Haki. This may indicate his Haki awakening.

In the training between Luffy and Hyogoro, Hyogoro repels Luffy’s Haki. This is because while he can control Ryuo, Luffy is not able to yet, even if his is much stronger. But compared to last time, it seems to have improved.

Kin’emon and Inurashi have successfully convinced Ashura Doji to rejoin their cause. And, he reveals a shocking secret. He has been collecting ships from around the country for the past 20 years.

Ashura plans to use these ships to transport thousands of soldiers, who will later fight in Onigashima. Kin’emon realises what an advantage this will be when it is time to raid the fortress. That is, after some repairs, courtesy of Franky. Kin’emon and Inuarashi were completely in awe of Ashura.

According to them, in the past, Ashura wasn’t someone who would care about this kind of thing. Yet, for 20 years, this is what Ashura has done to help fight Kaido.

Zoro is very sure that Gyukimaru is still waiting for him at his original place. Sure enough, the gun collector stood in a snowy country while waiting for Zoro. Zoro again challenges Gyukimaru to retrieve the Shusui he was carrying. Gyukimaru, thinking that it was the treasure of Wano’s country that was stolen, won’t hand it over.

The fight makes you see how much of a better swordsman he is in comparison to Gyukimaru. Zoro even shows his soft side, turning his blade around so as to not hurt him. In the midst of the battle, Kawamatsu appears who tries to stop them. Hiyori who saw Kawamatsu immediately called out to him. But it seems Kawamatsu hasn’t realized it’s Hiyori, whom he hasn’t seen for 20 years.

Queen, who caught Big Mom, immediately took her to Onigashima to meet Kaido. After arriving, Big Mom was treated to a lot of food while waiting for Kaido’s arrival. Surprisingly, Kaido who arrived instead ordered his subordinates to release Big Mom.  Kaido, who from the start strongly disagreed with Big Mom’s arrival at Wano, was furious. Big Mom, knowing this, prepares to fight him.

The biggest hype is the Yonko’s clash. We get to finally see what the Yonko power is and how powerful they are. It mirrors the clash between Shanks and Whitebeard. They are both seen splitting the clouds when their swords collide. There is the parallel to when Big Mom asks King to join her crew, an imitation of what Shanks said to Marco on the Moby Dick too. This could be a foreshadowing to something big down the line. King is also revealed to be from one of the 3 races not found in Big Mom’s country.

Overall, the pacing of this episode is great. It is action-packed! It also feels like it’s wrapping up the last major events and starting to build up to something more. The animation and music were, as usual with this arc, great this week. Next week’s episode preview seems to expand the Kaido versus Big Mom fight, which is definitely one to watch.