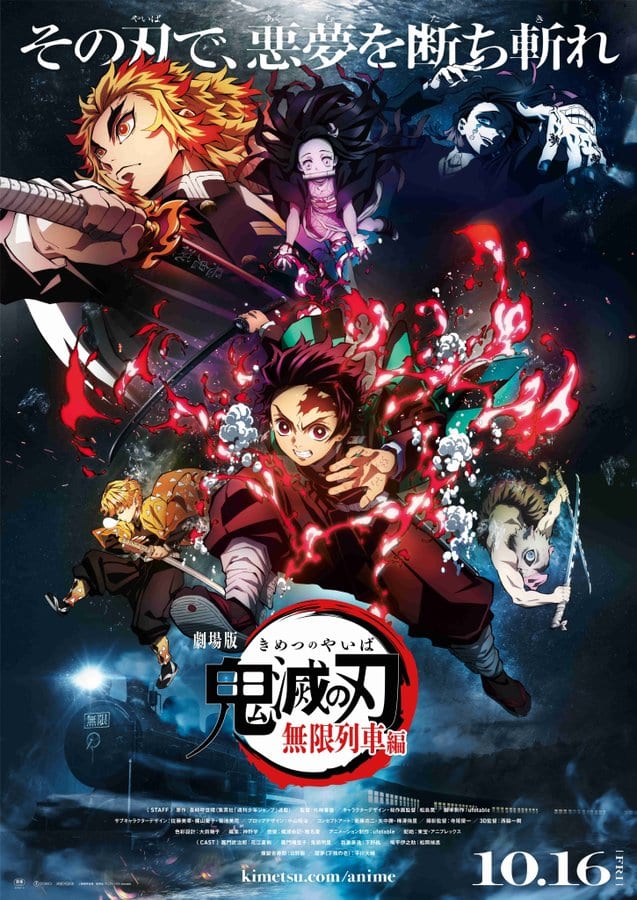 Demon Slayer Movie: Mugen Train anime movie has sold a sum of 20,532,177 tickets for 27,512,483,050 yen (about US$265 million) in 45 days. Thus overtaking James Cameron’s Titanic (26.2 billion yen) to become the second highest-earning film of all time in Japan. Only Spirited Away (30.8 billion yen) is now sitting at the top. Demon Slayer: Mugen Train also remains the second highest-earning anime film in Japan.

Demon Slayer: Mugen Train began screening in IMAX theatres on October 16. The film has the highest opening weekend globally for the October 16-18 weekend. It earned 4.6 billion yen (about US$43.85 million) in Japan in its first three days. The film earned over 1.2 billion yen (about US$12.03 million) on its opening day alone. Thus making it the highest weekday opening day in Japan ever.

The main staff members of the anime series returned to reprise their roles for the film. TOHO and Aniplex are overlooking the film’s distribution in Japan. Funimation and Aniplex America will release the film in theatres in North America in early 2021.