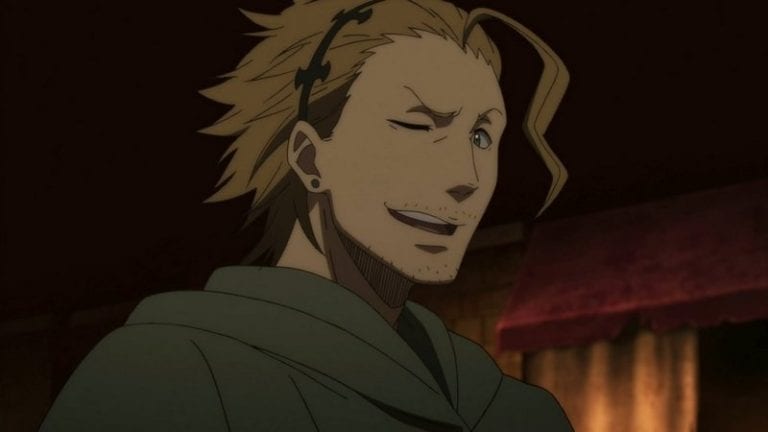 Under a ticking clock and immense pressure hovering over their heads, Asta and Liebe struggled to achieve the Devil Union. Nacht did not really give them a choice – to either reach a form good enough to fight the Dark Triad or just die. Being pushed into a corner with Nacht’s powerful Mana Zone, and realizing what they both needed to do for fighting their battles turned their bond into a fatal weapon.

Asta and Liebe had attained the Devil Union and nullified the magic of the Vice-Captain of Black Bulls, without even touching him. It impressed him too.

Nacht went on ahead to tell us that he wishes good people are rewarded. He also said that he has been watching the squad for a long time. Sweet moment, no? I hope we get to see Nacht’s back story soon.

For all that, hype and waiting for a whole week for Asta to become OP, we were unfortunate this week. We did not get to see the duo’s new form. But well, someone else took the limelight of chapter 273 and it is none other than Dark Lord Sekke!

Contents hide
Sekke on the Squad?
How really DID Sekke end up on that squad?!
Of Asta and Liebe’s Power

The internet absolutely went berserk after Sekke made an appearance in the last spread of the chapter. He is surprisingly (or not so surprisingly :P) included in the squad going to the Spade Kingdom with Nacht’s help to rescue Yami and William in a counter-attack.

Here is what people have to say about our savior lord Sekke:

This conversation perfectly encaptures our emotions!

Sekke has already conquered Google too like he should!

How really DID Sekke end up on that squad?!

If we go by the anime, Sekke was just promoted to 1st Class Senior Magic Knight (episode 153) so it might be possible that King Augustus ordered him to go with the squad. It might also be that Captain Jack just hauled him up to toughen him a bit. Or that Tabata-sensei has something planned for him, fu-hah? At any rate, Sekke looks terrified and definitely isn’t there of his free will! xD

Of Asta and Liebe’s Power

As mentioned above, we were waiting to see the new form of Devil Union from Asta and Liebe in Black Clover chapter 273. It was expected from Tabata-sensei to cut to the Spade Kingdom and leave the new power to be disclosed later. Sure has only left us even more hyped up now, since Nacht even told Asta to stay back and prolong his form.

Poor Gimodero! He was left behind by Nacht for training Asta and Liebe until they get better at the technique. He looks so scared! Just what is the new power Asta and Liebe have come up with to make even a devil itself bewildered?!

Devil Union might be in simple words, what the name means. Asta and Liebe merge into one body, or that it creates a sort of body armor around Asta that nullifies any magic that touches him? It can be pretty handy if they create an “anti-mana” zone, that nullifies the mana of the people who enter it and/or nullifies the mana zone of others. It will be the backbone of the counter-attack if it is so. Who knows!

At any rate, this was one of the top chapters of Black Clover manga. Can’t wait to see when Asta will finally go to Spade Kingdom and unleash his power. Guess we can see him go berserk since Yami is captive too!

Do you have any theories as to why Sekke is on the squad? And what about Asta’s form? Let us know them in the comments section!