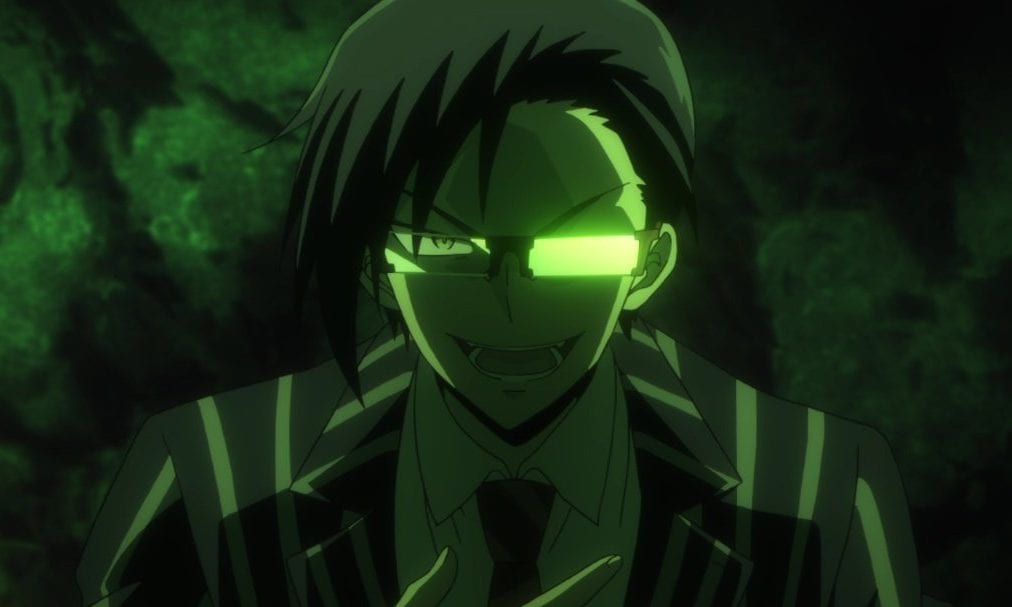 Talentless Nana’s 9th episode is one of the strongest episodes we’ve had in this season so far with flabbergasting plot twists and a new character. I’ll take that. If I had to sum up this episode with a youtube comment, then it would be “You may have outsmarted me, but I have outsmarted your outsmarting.”

The start of the episode went way smoother than I could imagine. Everybody in the class is a bit, too slow. Kyoya doesn’t find the cell phone on our witty protagonist, but how?

Nana had three options to dispose of the phone:

She went all out with a complete all or nothing bet. The use of every subtle, little psychological pressure she put on our discount Sherlock, used to perfection. With this, she outsmarted the outsmarting.

While this was pretty cool, this is nothing compared to what happened next; this episode is a highlight reel.

We see Michiru-chan go on the offence (yes!) and then corner Nana, only to be put into a disadvantage later on. There’s one thing to point out here, Nana says “good people, bad people, that’s not for me to decide”. A rather intriguing statement as she seems to have passed her decision of who’s good, bad, to some strangers (i.e. the higher-ups). I still see this as her running away from facing a dilemma subconsciously, maybe due to her past experiences.

Now that “Michiru-chan” has revealed her true identity, the fight inside the class rages. Our soft, wholesome healer decides to give the leader a present for her hard work! Yay! She does this to prove that Nana can’t read minds, making the class lose trust in her. While it was working in our Michiru’s favour, she got outsmarted as well!

All she did was pull a prank by sticking a piece of paper on Michiru’s back so that everybody’s attention is on that paper, making it difficult for Nana to concentrate or so she said. She managed to dodge it first by faking exhaustion but then went on the offence, giving her an advantage.

Now comes the best part of the episode, Jin Tachibana is here!

Our protagonist has figured out that this Michiru chan is an imposter, as her hand has not healed yet and she isn’t using the “shan” when addressing Nana. Or so you thought! This was all a part of the plan, Jin knew that she is talentless. He takes her to his hideout, where they discuss their past over coffee; more like Jin does. He came to this island five years ago. His class started killing each other due to their arrogance and the “enemy of mankind” rumour. He is supposed to be the sole survivor.

He went in detail about how the teachers escaped; gunfire used on students trying to chase the ship. He can transform into any animal, like the cat which Nana saved from the fire she lit. Hence, he transformed into a bird and went to the mainland and visited his grandmother. He was declared dead by government authorities, so he came back to the island.

He suddenly fell to the floor when Nana was going to talk about herself; naughty girl. She poisoned his coffee, such a Nana move. However, Jin outsmarted her outsmarting! He can not only transform into someone but also use their abilities! Now she has to deal with an immortal and a person who can become immortal!

Only time will tell Nana’s fate as well enter the last quarter of the season. I think that Jin will join hands with Nana to uncover the truth, which could be a turning point in Nana, which will force her to choose a side.

Considering what Jin told about his classmates who were psychics, maybe someone is using Jin with this ability as well? The limitation could be that the person used needs to be alive and Jin is in a critical condition. I might be way off the mark, however Talentless Nana is not supposed to be predictable anyway.

Overall, this is the best episode so far, it kept the “Nana is a mere human” theme going while also making the story take a huge jump off the cliff, I am super excited to see where this goes.

You can watch Talentless Nana for free on the Muse Asia Youtube channel officially!

Talentless Nana Episode 7 Makes Us Believe In The Series