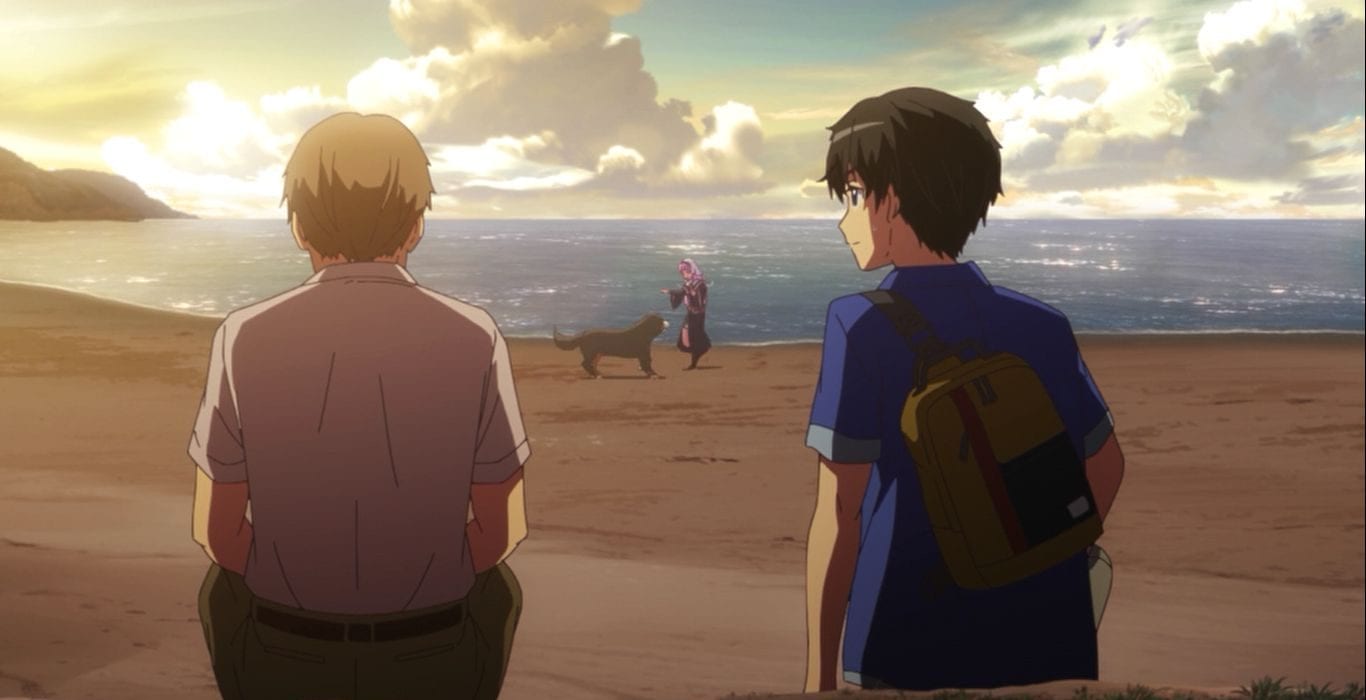 Okay. So dragging in from Episode 7 we dwell deep in Hina’s backstory. It seems deeper than we thought. The anime just went from characters with names of Gods to random stuff and finally to just SAD. Episode 8 of The Day I Became A God has piqued quite some attention. The part we never expected to get exposed to in such an SoL anime is the entry of Science. So, let’s see what really happened.

In the last episode we saw that the genius scientist Shuichiro Korogi had a major connection with our omniscience God Hina Sato. And in the latest episode, we see Hina crying in her sleep dreaming about her grandfather, who is also a scientist. He said that he will make arrangements before he goes missing so that Hina can be safe.

Let’s come to that later. Yota Narukami has finally started to “fancy” Hina. He came to know about her pitiful upbringing and decided to find her father, Toshitoku Satou who abandoned her. Yota being in touch with Hina for quite some time now has changed a lot. When asked about how long she will stay, Yota’s mother makes a suspicious comment whose meaning is still unclear.

But Yota comprehended it as something to do with helping Hina find her home and her father. He just wanted to repay her for all the things she helped for the MC and his friends.Thus they set off to find Mr. Satou.

Anohana has already stolen and crushed a thousand hearts for being one of the saddest animes of all time. So, the scene where Yota and Hina sat for tea really had me there. I thought P.A. Works is going to pull an Anohona there. I was just about to cry my eyes out until it became a hilarious comical twist. Oh my god!

So, now after what the father said, we can actually connect some dots. According to him, Hina was never actually alive yet, we can see her roaming around smiling, predicting unknown events. For Toshitoku,a person with Logos Syndrome should not live more than a year or so, her presence is like a miracle, but it’s also bringing down all the regrets in his life. He is not ready to take her in; rather he cannot believe that she is his own daughter. And in the end, he tells the MC that he is too young to understand what he went through choosing what he chose, but when Yota will come to the juncture, he will understand Toshitoku’s situation.

I don’t know what you guys expect, but let me tell you, the anime is not going to have a happy ending. The answer is in the first few seconds of the First episode. And what we saw until now, is nothing rather than a husk of Hina’s body incorporated with either an AI or some kind of an experimental drug that’s keeping the girl alive. So, it’s like when the drug wears off, it’s the end of Hina’s world. Else, it’s some kind of flaw that the AI body of Hina has.

Why do I say that? I will tell you in another article. For now let me give you some hints. Do you remeber the first time Yota and Hina met? If you go back, you will see, she says that “I have appeared before thee on purpose”. Go and watch it. Again, in the first few minutes of this episode we see Hina’s grandfather is training her. It’s not a normal training but what we call in programming language- supervised learning. She is fed data. She is being tested. Or else why does a small kid need to learn coding?

If we go and look back at the predictions that Hina makes we can see a lot of resemblance with an AI robot being cultivated with numerous data and humans being very predictable species, it won’t be a problem for it to find a favourable outcome. Being a scientist, with so much talent to hide his own tracks from a hacker like Suzuki it’s not difficult to come up with something such as a humanoid robot. It is still a theory but I want to pry on it madly.

Finishing off this amazing saga,if you missed the end credits then let me tell you, our hacker Suzuki Hiroto is finally catching up to uncover Shuichiro Korogi’s story. So dont forget to tune in next week!

My final thoughts about Episode 8 is, it is just plain and simple depressing. But this is also a very important episode to fully understand the series Kamisama Ni Natta Hi. From plain sight, even if it doesn’t show much colours, when you go deep it is dark and intriguing. It has plenty of scope to grow and with the awesome animation, P. A. Works is doing a great job.

Kamisama Ni Natta Hi Episode 7: Hina Is Not A God After All?